What Is Symbolism? Examples of Symbolism as a Literary Device 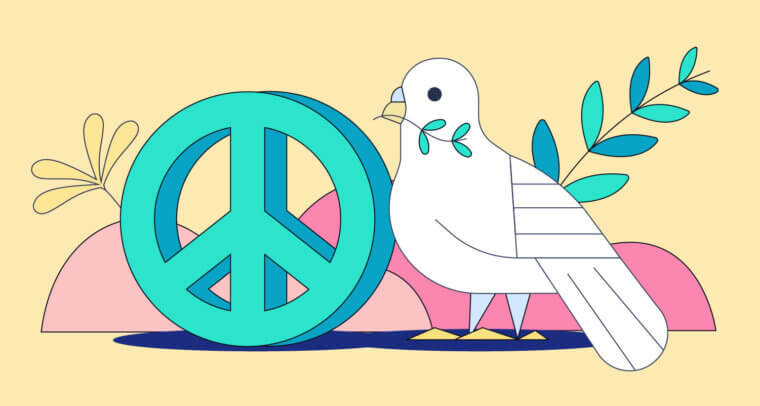 Symbolism is the use of a symbol, which can be a word or an image, to communicate a distinct idea. We live in a world full of symbols: Flags, icons, and even colors work symbolically to help us navigate our environments. Think about this—when you’re in public and need to use the restroom, you look for the basic, featureless human figures found on nearly all public restroom doors and signs. Or, when you’re moving through just about any space, online or offline, the color green lets you know you can proceed, while the color red tells you to stop.

Symbolism in literature works the same way. It’s a language writers use to communicate messages visually, even when their work isn’t illustrated. Within a text, symbolism works visually as pieces of imagery that create a picture in the reader’s mind. Sometimes, it’s literally visual, such as the symbolic illustrations on the Twilight book series covers.

What is symbolism in writing, and how does it work?

Symbolism is the use of words or images to symbolize specific concepts, people, objects, or events. In some cases, symbolism is broad and used to communicate a work’s theme, like Aslan the lion in The Lion, the Witch and the Wardrobe as a symbol of Christ. In other cases, symbolism is used to communicate details about a character, setting, or plot point, such as a black cat being used to symbolize a character’s bad luck.

When an entire work is symbolic, it’s known as an allegory. Animal Farm by George Orwell is one of the most well-known modern allegories. Otherwise, symbolism is often worked into a story or other type of creative work that’s meant to be read literally.

How to recognize symbolism

You can recognize symbolism when an image in a piece of text seems to indicate something other than its literal meaning. It might be repeated or seem somewhat jarring, as if the author is intentionally pointing it out (and they might be—though authors don’t always do this). For example, a character might be described as having piercing green eyes that fixate on others. This could be symbolic of that character’s jealousy. Symbolism can be obvious to the point of feeling too obvious, like naming an evil character Nick DeVille and describing his hairstyle as being reminiscent of horns. It can also be so subtle that you miss it. When this is the case, you might only recognize the symbolism on a second read-through, once you know how the story ends.

When is symbolism used?

Symbolism is used when literal language isn’t strong enough to express what the author needs to express. Compare these two sentences:

Symbolism is used in every kind of creative writing. You’ve read it in poems and stories as well as creative nonfiction works, like personal essays and blog posts. It’s also frequently used in song lyrics, movies and television, and visual art.

Symbolism is almost never used in academic writing unless the paper is about the piece of symbolism. For example, you might write an essay about how Toni Morrison used symbolism in her novels, but you wouldn’t create your own symbolism to communicate your essay’s themes.

There are lots of different ways authors use symbolism in their work:

Just about every color humans can see has some kind of emotional or psychological association. For example, red is often associated with anger and passion, while blue is often associated with calmness. Authors often rely on color psychology in their work, symbolizing different character traits, feelings, settings, or foreshadowing events to come through color imagery.

We’ve referenced this kind of symbolism a few times already in this post, so here are a few more common symbols:

One thing to keep in mind about symbolism is that certain images are culture-specific. For example, the color yellow is associated with fun, joy, and playfulness in the United States. In Japan, it’s associated with courage. So while dressing a character in yellow might clearly tell Japanese readers that the character is brave, this symbol could go right over American readers’ heads—or just make them think the character is a fun, joyful person.

How to use symbolism

And other times, symbolism is so subtle that you don’t even realize it’s there. That’s not effective, either—the whole point of symbolism is for it to communicate with readers at a level beyond the literal, acting almost like a form of subliminal messaging.

So how can you hit that symbolism sweet spot and craft images that connect with readers without being too blatant? First, ask yourself what you want to communicate through symbolism. Do you want to subtly suggest that your main character’s friend is someone the reader shouldn’t trust? Maybe you want to express that your personal essay about baking pies with your little sister is about something much bigger than getting your ingredient ratios right. Is your goal to make a profound statement about how certain things we take for granted can have unexpected, far-reaching results?

These are all tasks symbolism can accomplish.

You can use symbolism in the allusions you make, like alluding to “going down the rabbit hole” in a personal essay by suggesting that you’re late for a very important date. You can also use it in any personification you employ, like demonstrating a character’s love of nature by personifying the trees that surround their home.

When an image in a work seems symbolic, but actually doesn’t symbolize anything, it’s known as false symbolism.

One famous example of false symbolism is the assumption that the Lord of the Rings books are an allegory for World War II. Tolkien publicly stated that this is not the case, but despite this, people have made this connection over and over again throughout the decades since the books were initially published.

As an author, you can’t prevent readers from making assumptions about what you meant to communicate in your work. You can certainly discuss your work and communicate what you wanted to depict through symbolism, but once your work is published and available to the public, you lose some control over how it’s interpreted.

Symbolism isn’t just something you find in literature; it’s found in architecture, city planning, historical events, and just about every other area of life. For example, NASA’s Apollo missions, the series of missions that landed the first humans on the moon, were named for the Greek god Apollo. These missions were instrumental in enlightening humanity about what lies beyond our planet. They were given that name because in Greek mythology, Apollo rides his chariot across the sun. This became a symbol for the monumental scale and importance of the program’s vision.

Other examples of symbolism in history, literature, and the physical world:

Symbolism is the use of words or images to symbolize specific concepts, people, objects, or events. The key here is that the symbols used aren’t literal representations, but figurative or implied ones. For example, starting a personal essay about transformation with imagery of a butterfly.

How does symbolism work?

Symbolism works by substituting one distinct image for another concept. It works by showing, rather than telling. For example, instead of stating that challenging economic times were starting to arise, an author might state that the weather was becoming increasingly stormy. At the literal level, the reader interprets this as dark clouds, rain, and thunder. At the figurative level, they interpret it as a symbol of the general turmoil affecting the character’s fortunes.

What are some examples of symbolism?