The Literary Definition of Euphemism, with Examples 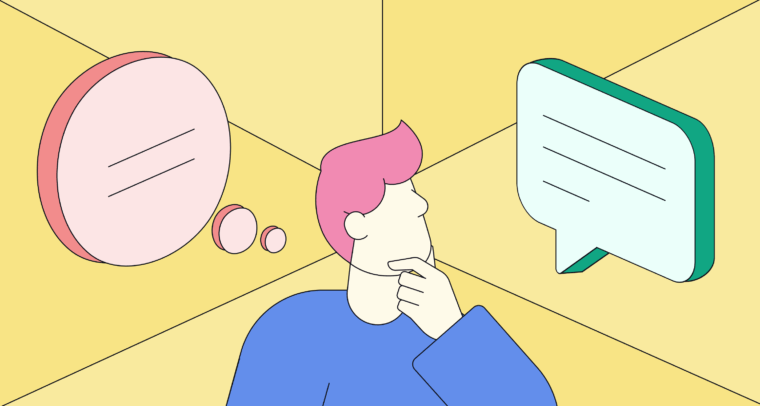 Not everyone is comfortable with death. As a society we have come up with a variety of ways to talk about death without ever mentioning death. We’ll say that someone passed away, or kicked the bucket, or bought the farm. All of these phrases are euphemisms, expressions that soften an unpleasant situation.

Euphemism (pronounced YOO-fuh-miz-uhm) is derived from the Greek word euphēmismos, which means “sounding good.” Writers use euphemisms to skirt around subjects that sound “bad”—taboo, embarrassing, sensitive topics—and include things like death, sex, money, and politics.

When to use euphemisms

Euphemisms are not to be interpreted literally. Think about the euphemism kicked the bucket that we mentioned. It’s unlikely that you picture someone swinging their foot at a bucket. Euphemisms rely on common understanding of their figurative meaning, so using euphemisms in writing can show your familiarity with the language. It may be helpful to include euphemisms when writing dialogue or creating fictional correspondences.

If you’re considering using euphemisms in writing, start by asking if the topic could be uncomfortable for someone reading. If so, it might be a good time for a euphemism. However, it’s important to understand the tone that you are creating. Euphemisms tend to create a more casual or conversational tone, and there are instances when this language would be inappropriate.

When not to use euphemisms

Euphemisms are an inherently indirect way of speaking, so they should not be used in a situation where straightforward language is more appropriate. For example, if you want to describe a coworker getting fired without embarrassing them, you might use the euphemism they took an early retirement. Most likely the coworker did not cash out their 401(k) and book it to Florida. The phrase is instead meant to casually convey that they are no longer working with the company. However, if you are the boss of the aforementioned worker, it would be more professional to let them know clearly and unambiguously that they are being fired. In that situation, there is no reason to beat around the bush (itself a euphemism about using euphemisms).

Using euphemism can make a topic more comfortable for everyone involved. Politically correct language is also a way of writing or speaking that maximizes comfort and inclusion. Both are important tools for clear communication across social, religious, cultural, or political groups.

However, euphemism and political correctness are not the same thing. Politically correct language does not use figurative language, which purposely avoids the direct meaning of something. Instead, politically correct language is meant to express something in the most direct and respectful way possible. Euphemism, on the other hand, relies entirely on figurative language; its sole purpose is to allude to something indirectly.

Most of the euphemisms that we use today have winding histories that obscure their origin. It takes time for a euphemism to embed into common knowledge, so creating a euphemism from scratch is challenging.

For example, there are a number of origin stories for the euphemism bought the farm, which means that someone has died (often in a plane crash or collision). Some reports suggest the phrase comes from Air Force officers saying that when they retire, they’re going to settle down and buy a farm. Thus, if that officer dies in a crash, it’s said, darkly, that they bought the farm. An alternative story is that when Air Force planes crashed in rural areas, the farmers whose land they hit would sue the government for damages and use that money to pay off their mortgage. That plane crash, then, indirectly bought the farm for the farmer. There are a number of other origins suggested for the phrase, but all of that is to say, euphemisms rely on a common understanding of the phrase itself, not its literal meaning.

Euphemisms are among many phrases in the English language that rely on local or cultural understanding. Similar figures of speech are slang, colloquialisms, vernacular, and idioms.

Slang is a type of language where a word or phrase has evolved from another word and is understood by certain regional or cultural groups. Words like “hangry” (a portmanteau of hungry + angry) and “bougie” (shortened from bourgeoise) are both slang terms, and they were even added to the dictionary in 2018.

Vernacular is language closely associated with a certain cultural or regional group. An example of vernacular is the word “y’all.”

Colloquialism is the use of conversational language in writing. Including slang, vernacular, and euphemisms in your writing will make it more colloquial, even if the word colloquial is, itself, not very colloquial.

Idioms are words or phrases that take on a meaning different from their literal translation. Euphemisms are a type of idiom. However, we use idioms in English that are not intended to cover a difficult situation, so not all idioms are euphemisms. An example of an idiom that is not a euphemism is the phrase “at the drop of a hat.” English speakers understand that phrase to mean someone is starting a task immediately, not that they are releasing a hat to gravity. Because it does not have to be related to a sensitive or taboo subject, it is not a euphemism.

The most common types of euphemisms are abstraction, indirection, and litote.

Abstraction creates an entirely new scene to refer to the situation being discussed. For example, an abstract euphemism for death would describe someone as being in a better place.

Indirection creates distance between the speaker and the situation. For example, sleeping together is an indirect euphemism for having sex.

Litotes soften the topic by downplaying it. For example, rather than calling someone filthy rich, you might say that they’re not exactly poor.

Other types of euphemism are mispronunciation (the word “frigging” to stand in for its coarser counterpart) and personification (assigning personal names to uncomfortable subjects, like calling menstruation a visit from Aunt Flo).

The English language is full of euphemisms. We often use them in conversation without giving them a second thought. Even if you are not personally made uncomfortable by a subject, there is a chance you are still using euphemisms around it, simply because they are common to the point of cliché. Topics like death, sex, and money have an abundance of common euphemisms.

Euphemisms for money and career:

George Orwell’s novel 1984 is rich in euphemisms. In the story, an overseeing entity known only as “the Party” (a euphemism for the government) sets up “Ministries” to control its population. Each Ministry title is a euphemism, obscuring the dangerous subjects that they are responsible for with softer, coded language. For example, the “Ministry of Truth” is in charge of propaganda, and the “Ministry of Peace” is in charge of war.

In Ernest Hemingway’s short story Hills Like White Elephants, there is a conversation that centers on the subject of abortion.

“It’s really an awfully simple operation, Jig,” the man said. “It’s not really an operation at all.”

The girl looked at the ground the table legs rested on.

“I know you wouldn’t mind it, Jig. It’s really not anything. It’s just to let the air in.”

The story was published in 1927 at a time when abortion was not publicly spoken about. To create a sense of discomfort in the conversation, Hemingway has his character use the word “operation” and the phrase “let the air in” as euphemisms for abortion.

What is a euphemism?

A euphemism is a word or phrase that softens an uncomfortable topic. It uses figurative language to refer to a situation without having to confront it. For example, if someone was recently fired, they might say they are between jobs, a common euphemism for being unemployed.

How do euphemisms work?

Euphemisms cannot be interpreted literally, so they rely on a common understanding of their meaning. They are a useful way for writers to show comfort with their language, and they can create a more conversational tone in writing.

Are there different kinds of euphemisms?

There are three common types of euphemism: abstractions, indirections, or litotes. Abstraction uses an entirely different scene than the one being talked about. Indirections are ways of creating distance between the situation and the speaker. Litotes use downplaying to soften a situation.

Writing TipsWhat Is Point of View in Writing, and How Does It Work?

Writing TipsA Guide to Writing a Cause and Effect Essay

StudentsHow to Write an Analytical Essay in 6 Steps

Writing TipsPuns as a Literary Device, with Examples
Writing, grammar, and communication tips for your inbox.