Why Do We Call It Labor Day? 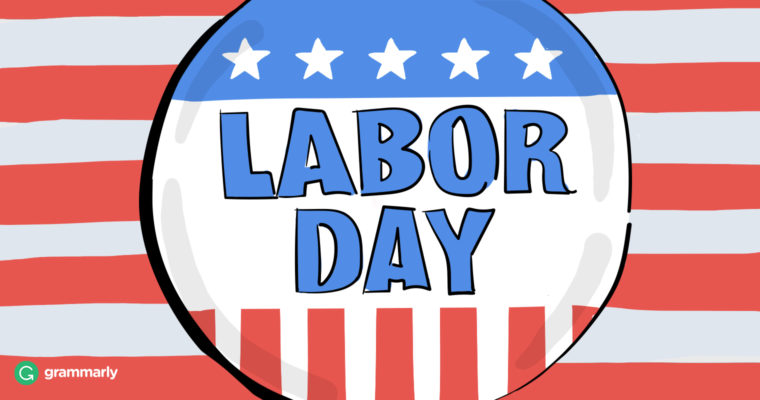 In the United States and Canada, the first Monday of September is the day we call Labor Day. That holiday means different things to different people. For kids, it’s the start of a new school year. For most people, it signals the end of summer. It’s also (supposedly) a cutoff date for wearing white clothes, even though the practice of not wearing white clothes in the fall predates the establishment of Labor Day as a federal holiday. It’s a day for parties, parades, and other kinds of celebrations.

However, Labor Day has nothing to do with wearing white clothes, or the fact that seasons change, or the start of a new school year. It also has nothing to do with childbirth, which is also called labor. It stands for something that every working American, as well as working people around the world, should remember come the first Monday of September.

In the heyday of the Industrial Revolution in the United States, back in the late nineteenth century, the life of the average American looked pretty bleak. Most of the country’s jobs were in manufacturing—it was the time of industrialization, after all. And those manufacturing jobs weren’t the manufacturing jobs of today—there were few (if any) safety codes or protective measures. The work day lasted for twelve hours, the work week lasted for seven days, and the pay was sufficient for basic necessities, at best. From the age of five, kids were also eligible to become part of the workforce, working in the same unsafe conditions, but for a much smaller paycheck.

At that time, labor unions were not unheard of. They’d been around since the end of the eighteenth century. But the worsening working conditions and the fact that an increasing number of people were suffering from them made the unions more vocal, better organized, and more prepared to take action in the form of strikes and rallies. The strikes were not always peaceful. Clashes with the police and with strikebreakers were common. At one particularly bloody episode in the struggle, the Pullman Strike of 1894, thirty strikers were killed by the U.S. Army and the Marshall Service. Labor Day, already recognized by thirty states, became a federal holiday the same year.

The struggle of the working people of the United States was recognized by working people around the world. International Workers’ Day, celebrated on May 1 around the world, commemorates the Haymarket Affair, an event that took place in Chicago in 1886 and resulted in the deaths of seven police officers and at least four civilians. The American labor movement influenced its Australian counterpart so much that the Australian Labor party uses the American English spelling of the word, even though the British English spelling, labour, is the standard spelling in the country.

So, if you’re wondering why Labor Day is called Labor Day, it’s because of all of the people who fought for better work conditions. And, since we’re Grammarly, we’ll end by pointing out once again that labor is the American English spelling of the word, and labour is the spelling used in British English.