20 Types of Figures of Speech, with Definitions and Examples 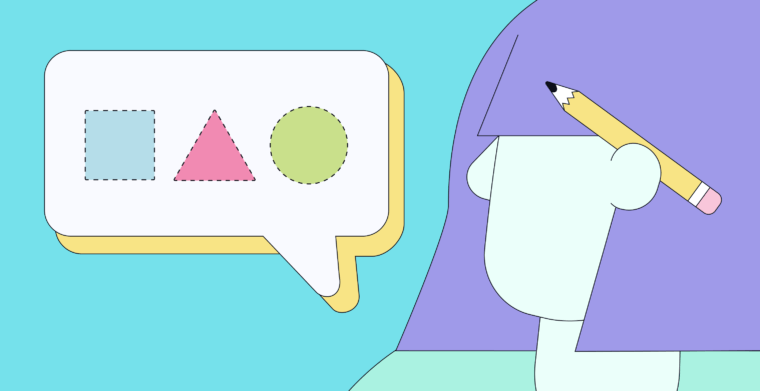 Writing is a craft. If you think of yourself as a craftsperson, then words are your raw materials, and figures of speech are one of your tools. A figure of speech is a creative use of language to generate an effect. Some figures of speech, like metaphor, simile, and metonymy, are found in everyday language. Others, like antithesis, circumlocution, and puns take more practice to implement in writing. Below are some common figures of speech with examples, so you can recognize them and use them in your writing.

What is a figure of speech?

20 types of figures of speech

Alliteration is the repeating of consonant sounds right next to each other, which creates a memorable or melodic effect.

Example: She sells seashells by the seashore.

Antithesis is a literary technique that places opposite things or ideas next to one another in order to draw out their contrast.

Example: “It was the best of times, it was the worst of times . . .” —Charles Dickens, A Tale of Two Cities

Apostrophe as a figure of speech is when a character addresses someone or something that isn’t present or cannot respond. The character might speak to someone deceased, an inanimate object, or a concept.

Circumlocution is the use of a purposely wordy description. You can think of it as talking in circles.

Example: In the Harry Potter series, most characters don’t say Lord Voldemort’s name; instead, they use this circumlocution: “He Who Must Not Be Named.”

An epigram is a clever and memorable statement. You will find epigrams in speeches, poetry, and at the front of a book.

Example: “No one can make you feel inferior without your consent.” —Eleanor Roosevelt

A euphemism is a way to say something in an understated manner, often to avoid difficult topics—like money, death, or sex.

Example: Death can be an uncomfortable subject, so we’ve developed many euphemisms to avoid confronting it head-on. Rather than telling a friend that a relative died, you might say they “kicked the bucket,” “passed away,” or are “no longer with us.”

Hyperbole is a deliberate exaggeration that adds emphasis, urgency, or excitement to a statement.

Example: If I don’t eat soon, I’m going to die of hunger.

Irony is a situation that subverts a reader’s expectations.

Example: One of the characters in your story is a hypochondriac, always convinced that they have an exotic and uncurable disease. An ironic ending for that character would be if they died of a common cold.

Litotes use a double negative to create a positive.

A metaphor is the direct comparison of dissimilar things to create more vivid imagery or understanding.

Example: He was an onion; to understand him, she had to peel back the layers.

Metonymy is a literary device in which a word or object stands in for a closely related word or object. Metonymy gives a writer more variability with descriptions.

Example: I thought his movies were better when they weren’t so Hollywood.

Onomatopoeia is a word that sounds like what it means.

Example: When a character is exasperated, they might exclaim, “Sheesh!” That’s both a word to show exasperation and a sound that happens when you sigh loudly.

An oxymoron is a phrase that uses two contradictory words to create a new meaning.

A paradox is a statement that appears to contradict itself but contains some truth, theme, or humor.

Example: “All animals are equal, but some animals are more equal than others.” —George Orwell, Animal Farm

Example: The floorboards groaned under the weight of each step.

Pleonasm is the use of more words than necessary to convey meaning. A writer might use pleonasm for humor or emphasis, or they might not realize they’re using extra words at all.

A pun is a form of wordplay that purposely substitutes words that sound similar but have different meanings.

Example: “‘Mine is a long and a sad tale!’ said the Mouse, turning to Alice and sighing. ‘It is a long tail, certainly,’ said Alice, looking down with wonder at the Mouse’s tail; ‘but why do you call it sad?’” —Lewis Carroll, Alice’s Adventures in Wonderland

A simile compares two dissimilar things using “like” or “as.” The goal of simile is to give the reader a more vivid understanding of something.

Example: It was the first real day of summer, and by the time she came back indoors, she was as red as a tomato.

Synecdoche is when a smaller unit is used to signify a larger unit or vice versa.

Understatement is the intentional downplaying of a situation. This can create a humorous or deadpan effect in writing.

Example: “I have to have this operation. It isn’t very serious. I have this tiny little tumor on the brain.” —J.D. Salinger, The Catcher in the Rye

Figures of speech examples in literature

Figures of speech are around us all the time (and that’s not hyperbole!), but it’s the deliberate deployment of them that makes writing stand out (did you catch that alliteration?). Below are examples of figures of speech in literature and poetry.

with a fearful trill

but longed for still

and his tune is heard

on the distant hill

for the caged bird

In her poem “Caged Bird,” Maya Angelou uses the extended metaphor of caged and free birds to display the difference between Black and White Americans.

Antithesis in Beloved by Toni Morrison

“Sethe,” he says, “me and you, we got more yesterday than anybody. We need some kind of tomorrow.”

In this passage, Paul D. speaks to Sethe and insists she quit dwelling on her past. Morrison uses antithesis to contrast yesterday and tomorrow, which is much more effective than simply saying Sethe should stop focusing on the past.

Because I could not stop for Death

He kindly stopped for me.

By writing that death “kindly stopped” for her, Emily Dickinson uses personification to make the concept of death more vivid and tangible. The thought of death stopping by gives it an ominous but cordial tone, as if Dickinson treats it as an acquaintance.

What is a figure of speech?

A figure of speech is a deliberate manipulation of ordinary language in order to create a literary effect.

What are the different kinds of figures of speech?

There are hundreds of figures of speech, which can be divided into schemes and tropes. Schemes are figures of speech that rearrange word order for a certain effect, while tropes use words in a way that differs from their literal meaning.

How are figures of speech used in writing?

Figures of speech are used in every type of writing to achieve different effects. Which figure of speech you use depends on what effect you want to have on the reader. For example, if you want to create more vivid imagery, you might use simile, metaphor, or antithesis. If you want to give them a laugh, you might try using a pun.