How to Take Descriptive Writing to the Next Level 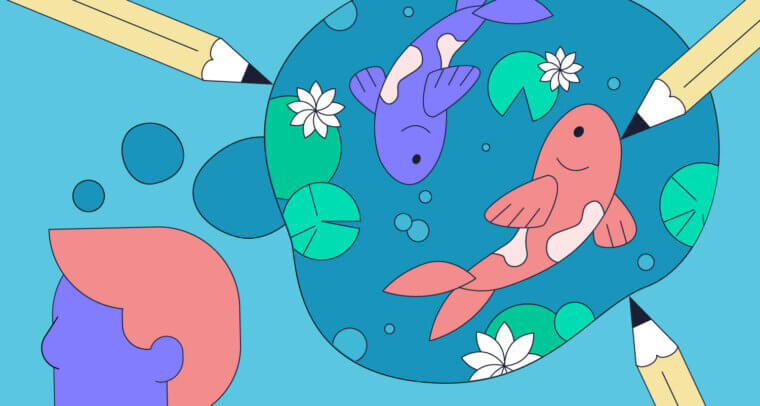 Sometimes, writing feels like you’re climbing up a hill. A slippery, muddy hill. During a rainstorm.

Even when the words are there, it can be tough to get the feeling onto the page. You might have listed the events you’re covering and presented all the facts clearly and logically, but when your writing doesn’t feel engaging, something’s missing. That something is descriptive writing.

Give your writing extra polish
Grammarly helps you communicate clearly

Descriptive writing consists of a variety of techniques and choices you make in an effort to give your reader an accurate, three-dimensional impression of the subject you’re writing about. It’s part word choice, part figurative language, part comparison, and part knowing what to include and what to leave out of your writing to set just the right mood.

When to use descriptive writing

Instead of listing all the types of writing that can benefit from descriptive words, phrases, and sentences, here is the short list of the kinds of writing where this type of content is not appropriate:

Descriptive writing is juicy. It evokes the reader’s senses. It’s the perfect tool for accurately communicating something that isn’t tangible, and that’s precisely why it’s not appropriate for the more formal, objective kinds of writing listed above.

There are lots of different ways you can make your writing more descriptive. Here are a few of the most common descriptive writing techniques:

A metaphor is a descriptive technique that likens one thing to another. Take a look at these examples of common metaphors:

By stating that one object is another, you’re saying they share certain traits. You aren’t saying they’re indistinguishable or that they’re actually the same object; you’re expressing that the reader will encounter these specific traits in a very similar way in both objects.

A simile is like a metaphor. And yes, that was a simile.

Just like a metaphor, a simile describes something by comparing it to something else. The difference between the two is that a simile uses the word “like,” “so,” “than,” or “as” to make the comparison. For example:

With a simile, the comparison typically isn’t literal—it’s hyperbole that emphasizes the statement being made, much like it does with a metaphor. If you aren’t familiar with the term “hyperbole,” don’t fret—we’re covering it later on in this section.

Sensory writing depicts a scene through your senses. Take a look at these examples:

As you can see, sensory writing typically incorporates other kinds of descriptive writing, like similes, metaphors, and hyperbole.

Freewriting is a great way to channel your senses and craft some spot-on sensory writing. Just open your word processor or notebook and start writing what you think, feel, or have experienced. There are no rules, no restrictions—just move everything that’s happening in your mind onto the page, walking through sensations like how you feel, what you hear, what you see, and what these sensations are driving you to do.

When you use an extreme statement to make a point, you’re using hyperbole. Here are a few quick examples:

You know it wasn’t actually a million degrees, you most likely haven’t been alive long enough to not have heard a specific name in the past century, and surely there are many other boyfriends who are kind and thoughtful. But when you say things like this, you aren’t confusing or lying to your listener—you’re intentionally exaggerating to express just how extreme something was: It was very hot outside, you haven’t heard that name in a long time, and your boyfriend was very romantic.

It was a joyful bouquet. Each flower had a distinct, vibrant face and together, they were a happy choir of enthusiastic friends, ready to break into song at any moment.

We’re talking about flowers here and, as you know, flowers don’t have faces, voices, or friendships. But see how giving the flowers in this description human qualities like faces, voices, and interpersonal bonds gives you a clear image of the bouquet being described? It’s not just a collection of flowers; it’s a coherent group of fresh, healthy, colorful flowers.

Onomatopoeia are words for specific sounds. If you’ve ever watched the live Batman TV show from the 1960s, you’ve seen such onomatopoeia as “bam!” and “thwap!” flash across the screen during the fight scenes, creating a comic book-like feel. That’s what onomatopoeia does—it immerses you in the scene by giving it a “soundtrack.”

What is a descriptive essay?

A descriptive essay is an essay focused on describing something. That “something” can be anything, such as an event, a place, an experience, an object, or even a person. Descriptive essays aren’t exactly the same as other kinds of essays, though you might find yourself using descriptive writing in other essay types to strengthen your argument.

In a descriptive essay, your goal is to make the reader feel like they’re experiencing the subject you’re describing firsthand. For example, let’s say you’ve been assigned to write a descriptive essay about the role pizza plays in your campus culture.

Sweet relief came over me when I got that notification text saying my pizza had arrived. My stomach was roaring; it was 2:00 a.m. and I hadn’t eaten since dinner at 6:00. Unlike my roommate, whose study habits and time management allowed her to go to bed at midnight, I was up working on a paper that was due in about eight hours. Thick socks on my feet, I quietly stepped away from my desk and out into the hallway to meet the driver at the door. The pizza was already paid for, so all I needed to do was take my hot pie of cheesy stamina from his nocturnal hands and get back to work. While walking back to my room, the garlicky smell emanating from the box lulled me into a state of relieved relaxation, but this relaxation was gone in a flash when I realized where my key was: not in my pocket, but sitting on my desk.

Compare this to a cause-and-effect essay on the same topic. Instead of trying to make your reader’s mouth water, you’d instead craft a narrative of the effect the local pizza shop has had on your campus culture. You might start by discussing the food options you had before it opened and how the pizza shop upgraded students’ access to delicious food and changed their approach to ordering out. In a persuasive essay, your goal might be to convince the reader that adding the pizza shop to the list of local vendors who accept meal plan credits is a good idea, and in an analytical essay, you’d state a specific position about the pizza shop (for instance, how it’s an inextricable part of campus life). And you’d defend that position with clear evidence (more than half of the pizza shop’s deliveries are to campus, the shop regularly hires students, and the shop caters a significant number of events on campus, for example).

Give your writing extra polish

Wherever you’re working on descriptive writing, Grammarly is here to help. Before you hit “send” or “submit,” have Grammarly give your writing a once-over to catch any spelling mistakes, punctuation errors, and even instances where your tone is less than perfect for your writing’s goals. No matter what you’re aiming to achieve with your writing, Grammarly can help you achieve your goals.