Aid vs. Aide—What Is the Difference? 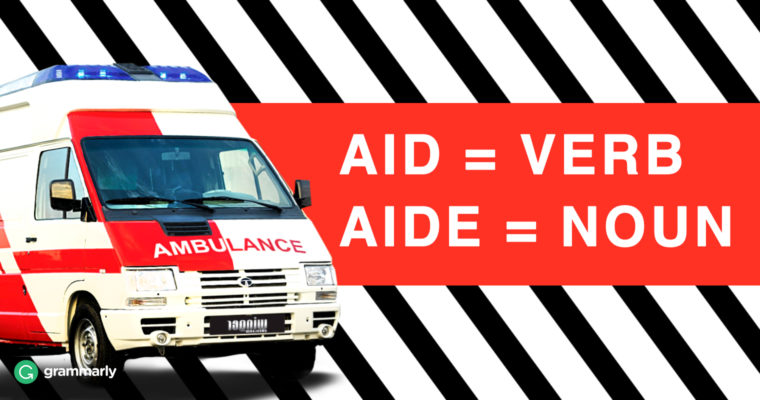 Even though the words aid and aide have similar meanings, are written similarly, and are pronounced the same, they cannot be used interchangeably.

What does aid mean?

He stayed home so he could aid his aging parents.
The first round of financial aid was granted to the developing country.
The first in a series of aid packages has been green-lit.

What does aide mean?

Aide is always used as a noun. It means assistant. Some dictionaries note that aid, used as a noun, can have the same meaning, but for the most part publications tend to use aide for assisant and aid for assistance:

We tried to get to the CEO of the company, but we were only able to talk with John, her aide .

Cuts to legal aid have created a two-tier justice system in “crisis”, a new report warns.
The Daily Mail
While there is some trepidation around the recent weakness in the yuan, some are looking at the bright side of a weaker currency aiding Chinese exports.
Reuters
This is at odds with government commitments to eliminating wasteful aid spending, imposing accountability and cracking down on tax havens.
Financial Times
Lord Sugar’s former aide on ‘The Apprentice’, Nick Hewer, might have been on the show for ten years, but that doesn’t mean he enjoyed it.
The Huffington Post UK
Your writing, at its best.
Works on all your favorite websites