The Verb “To Be” Explained, With Examples 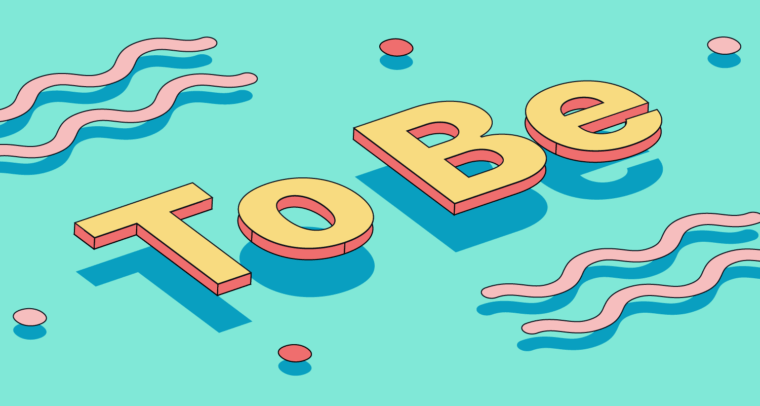 The irregular verb to be is the most complicated of all the English verbs—and it just so happens to be the most used, too. The to be verbs are am, are, is, was, and were, along with the bare infinitive be, the present participle being, and the past participle been.

In this guide, we explain all you need to know about grammar for the verb to be. We’ll share all the forms and when to use them and give to be examples for each type of usage.

What are the to be verbs?

The verb to be means to exist (I am here), to occur (The meeting is Tuesday), or to have the characteristics of something (She was a quiet child). It is the most common verb in English, partly because of its additional uses in grammar: to be verbs can be auxiliary verbs that help create other tenses or linking verbs that help describe the subject of a sentence.

As an irregular verb, to be has its own unique forms. When conjugated for different subjects or tenses, the verb to be can become am, are, is, was, or were. It’s also written differently in certain verb tenses: The present participle of to be is being. The past participle is been, and the bare infinitive form is be.

Forms of to be verbs

Simple present and past tenses

The verb to be is most commonly used in the simple present and simple past tenses. These tenses each use their own special words for to be, depending on the person and number of the subject.

The simple present and simple past tenses of to be are also used as auxiliary verbs to create the present continuous and past continuous tenses, which show an ongoing or continuous action.

As with other tenses, in the continuous tenses, to be verbs are still conjugated to match the subject. The main verb of the sentence comes after to be and is always in its present participle form (the –ing form), regardless of the subject.

[conjugated to be] + [present participle]

The present continuous uses the simple present tense of to be verbs (am, are, and is):

We are driving home right now.

The past continuous uses the simple past (was and were):

We were driving for hours yesterday.

I will be in Medellin tomorrow.

The future continuous tense includes a main verb that comes after will be.

I will be flying to Medellin tomorrow.

We use the bare infinitive be with all modal verbs, such as can, should, might, or must. Simply add be after the modal verb or after the negative word if the sentence is negative.

You can be anything if you try.

He must be exhausted after that.

They should not be here.

What if you want to use to be as the main verb in a continuous tense? In this case, you would use to be twice: first as an auxiliary verb and second as a present participle.

Don’t listen to me: I am being paranoid.

This works for the present and past continuous tenses, but we generally avoid using to be as the main verb in the future continuous—the simple future works fine in this situation.

[INCORRECT] I will be being hungry tomorrow.

[CORRECT] I will be hungry tomorrow.

The perfect tenses use a conjugated form of the auxiliary verb have with the past participle of the main verb afterward.

[conjugated have] + [past participle]

I have been tired since my first day of school.

It had been a bad day even before it started raining.

To be grammar rules

Most regular verbs change only for third-person singular subjects in the present tense, but to be is more complicated because it has more forms than other verbs.

One particularly difficult area of subject-verb agreement concerns when to use there is vs. there are which we cover in detail here. To summarize, when it follows there, the verb to be matches the number of the noun after it and not that of the subject.

[INCORRECT] There is the ducks.

[CORRECT] There are the ducks.

While writing negative verbs can be confusing, it’s fairly simple with the to be verbs. In the present and past tenses, put the negative word immediately after to be.

You are not my enemy.

She was never on time.

For future tenses, put the negative word after will and before the bare infinitive be.

We will not be attending.

Don’t forget that you can use contractions with to be verbs. These are especially common in speech.

This isn’t my cup of tea.

It won’t be long now.

Are they going now?

Examples of the verb to be in sentences

To be: present tense

She is a natural-born leader.

I am freezing in this outfit.

To be: past tense

We were in danger without even knowing it.

It was the best night of the trip.

To be: present perfect tense

You have been quiet tonight.

Umar has been our team captain for two years.

To be: past perfect tense

She had been a waitress for years before they promoted her to manager.

I had forgotten the answer when I was taking the test.

To be: present continuous tense

He is studying, so don’t bother him.

You are being awfully suspicious.

To be: past continuous tense

We were watching TV when the earthquake started.

She was being as polite as possible.

To be: future tenses

You will be sore after exercising with me!

Their plane will be landing shortly.

To be: modal verbs

If you lived here, you would be home right now.

Questions using to be verbs

Is this the right room?

Was that red light always flashing?

Negatives with to be verbs

We are not making enough progress.

She had never been dumped before.

Imperative to be verbs

Be a friend and pay for dinner.

Don’t be a stranger!

To be verbs FAQs

What is the verb to be?

The verb to be means to exist, occur, or show the characteristics of something. An irregular verb, it is the most common verb in English and can function as a main verb, an auxiliary verb, or a linking verb.

How do to be verbs work?

What are the most common tenses of to be verbs?

The past and present tenses are the most common for to be verbs. Additionally, as an auxiliary verb, to be is necessary to create the continuous tenses.