What is the Subjunctive? Definition and Examples 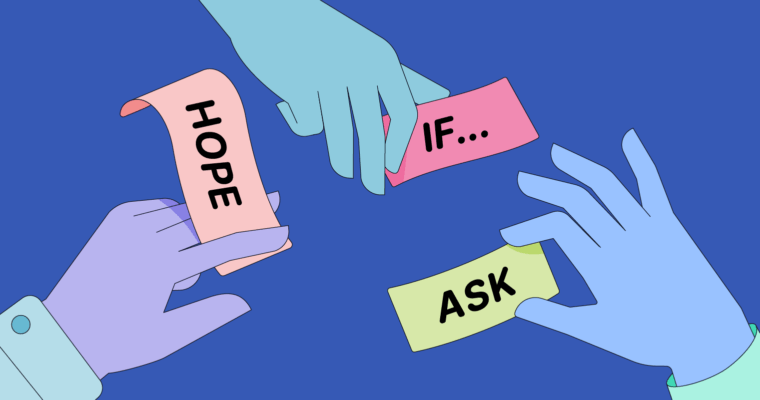 In writing, your tone can convey just as much meaning as your words. In fact, it can convey meaning that your words often can’t, like how you feel about the topic you’re discussing or how you think a situation is likely to play out. That’s where grammatical moods, like the subjunctive mood, come into play.

The subjunctive mood is how you express hypothetical situations and outcomes. It’s the mood used to express wishes, hopes, desires, and any other imagined outcome you might describe in speech or writing. If you’ve ever written something that began with “If I were . . .,” you’ve written in the subjunctive mood.

What is the subjunctive, and how does it work?

The subjunctive isn’t a tense. It’s a mood. It’s that not-quite-concrete wording you use when you’re discussing things you want to happen, hope will happen, or anticipate will happen. Unlike some other languages, English doesn’t have a specific subjunctive verb form. Rather, phrases, clauses, and sentences express the subjunctive mood by using the bare form of a verb in a finite clause. Often, the verbs be or were are used as linking verbs in sentences written in the subjunctive mood.

Here are two examples of sentences in the subjunctive mood:

The bare form of a verb, also known as its base form, is its infinitive form without the particle to. That’s all. In the examples above, the verb rescue is in its bare form.

What about other moods?

You might have heard of other grammatical moods, like the conditional and interrogative moods. These moods exist in English, but unlike the three moods described above, they aren’t morphologically distinct. In other words, they aren’t created through specific word structures. The subjunctive, in contrast, requires that the verb be in its bare form.

That’s not the only way the subjunctive differs from other moods. Notice how the first example in this article—“If I were a billionaire, I would rescue every stray cat”—uses were instead of was. Using were indicates that the situation you’re describing is impossible—or at least, from your perspective, it seems impossible. In contrast, sentences in the conditional mood use was to describe situations that are possible and likely to happen, as in this example:

Past and present subjunctive

The past subjunctive refers to the mood used to describe things you wish were true or hope had happened. This kind of sentence uses the verb were to establish the hypothetical, in addition to sometimes using another verb in its bare form:

The present subjunctive uses the bare form of a verb to discuss a present or future hypothetical. Here are some examples, with the verbs in bare form highlighted:

How to use the subjunctive

Indicative: When I go on vacation, I will go surfing.

Conditional: If I go on vacation, I will go surfing.

Interrogative: When I go on vacation, will I go surfing?

Imperative: When I go on vacation, take me surfing.

Subjunctive: When I go on vacation, I hope I go surfing.

In the past, the subjunctive mood was more common in English. That’s why you’ll find it in a lot of phrases that feel (and are) old-fashioned:

As we mentioned above, the subjunctive mood uses the bare form of a verb in a finite, tenseless clause. This is true even with irregular verbs, though it’s important to note that when a subjunctive clause involves the verb to be, perhaps the most well-known irregular verb in English, it almost always uses it in either of these forms: be or were. Take a look at these examples:

Sentences in the subjunctive mood also often, but not always, contain two or more clauses. A clause is a group of words that contains a subject and a verb. Independent clauses can stand on their own as sentences. Dependent clauses can’t.

Take a look at these multi-clause subjunctive sentences:

Here are a few more examples of multi-clause subjunctive sentences, mapped out in table format, with the verbs in bare form in bold:

Getting the subjunctive mood just right can be challenging, as can working with other moods and components of effective writing in English. To make these components easier, we’ve compiled a list of ten helpful writing resources for English-language learners.

What is the subjunctive?

The subjunctive mood is the sentence construction used when discussing wishes, hopes, and other hypothetical situations.

When do you use the subjunctive?

What are some examples of the subjunctive?

A lot goes into crafting an effective message. It needs to use not only the correct grammar, but also the right tone for the message and the audience. Grammarly can help you get your tone just right by flagging the tones present in your work and providing suggestions you can use to make any changes you need to make your writing perfectly clear. That includes shifting your tone from static to dynamic or from detached to hopeful.