Sorry for the Late Reply: How to Apologize for a Delayed Response 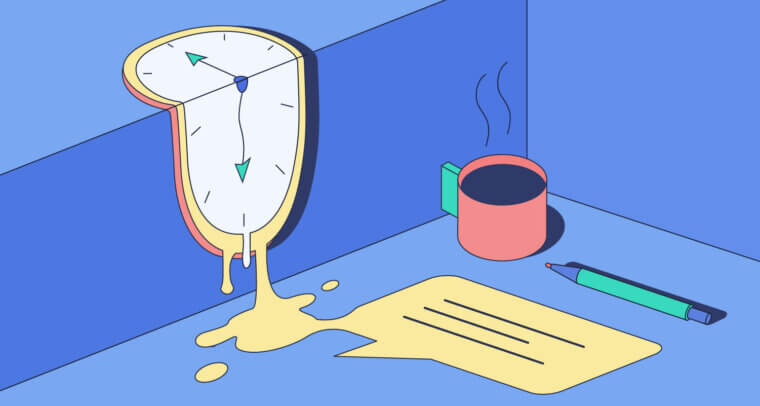 You don’t always respond to emails right away. In fact, sometimes you put them off until the next day, the next week, or—downcast gaze—the next month. At some point the calculus shifts from “Can I somehow compose an email that justifies my glacially slow response-time?” to “Would it be easier to just fake my death instead?”

While it doesn’t look or feel great, sometimes you have to own up to sleeping on someone’s message. Maybe it’s a professional contact you can’t afford to leave feeling forgotten, or a simple case of procrastination that’s gradually snowballed into full-on dread. Whatever the cause, we have some ideas for ways to break the silence and apologize for a late reply.

If you work in a fast-breaking, deadline-driven profession, you routinely email people back instantly. But that’s not always a realistic expectation, particularly when what’s at stake is the opposite of urgent. Being human doesn’t always necessitate an apology.

Say you get an email along the lines of “Hey friendly contact, could we meet up for coffee next week and free-associate about our industry?” While connections like this can be valuable, they probably won’t wither if you take a couple decadently unhurried days to respond.

In such cases, charitably assume these people get it. Skip past “sorry for the late reply” and cut straight to what matters: “Sounds good, and thanks for reaching out—How’s Thursday?”

Make it clear that you care

Not everything that lands in your inbox requires a reply, like, ever. Seriously. Sometimes though, even if it’s not essential, a laggy response is better than none at all.

Take the example of a former client or colleague who saw your new job title and took a few seconds to dash off a kind congratulatory note. If you didn’t respond at the very moment that email arrived, it’s nothing to feel guilty over. But if you never follow up, you might end up kicking yourself months later, whenever you need to refer a contact to them, or have a favor to ask. Try something like this:

Thank you so much for your thoughtful note last month! Also, my apologies for the slow reply; transitioning into this new role has been a little overwhelming, but I’m excited.

By the way, I recall you mentioning plans to launch a new campaign in the next few months—How’s that going? I’d love to hear more about it next time we get a chance to catch up . . .

That last part intentionally turns the interest back toward the person who wrote to you, since they took the time send their congratulations. After all, you don’t want your message back to read as wholly self-involved and oblivious, right?

Own up to the delay

All right, so someone asked you for something. They needed some documents, or help finding a particular contact, and—argh—you dropped the ball. It happens. Freshen up your karma by showing this person that’s not what you’re about; acknowledge it and look for ways to be helpful. Like so:

Sorry for the delayed response. It took some time to find the reports you requested to compare against last year’s data, and your message got lost in the shuffle for a few days. I’m now attaching both documents as PDFs.

Also, our marketing director has been on the road, but if you like, I can schedule a conversation with him after he gets back tomorrow.

Please let me know if that works, or if there’s anything else I can do to be helpful going forward.

Again, you’re owning the delay upfront and getting the apology or your apologies out of the way, then establishing that “indifferent relaxer” is not your default mode at work.

Occasionally, you may have to tell someone they didn’t get the job, or that you’ve decided not to move forward on the project they proposed. Once you’re sure this is the case, if you can help it, don’t leave them in torturous suspense for weeks on end.

That said, if you’re past the ounce-of-prevention stage and are now shopping instead for a pound of cure, here’s a rough idea of how to get it over with:

My sincere apologies for the slow reply; I’d hoped to get back to you sooner. We very much enjoyed having you here for the job interview, as well as our conversation over lunch, but have decided to move forward with another candidate.

Given your extensive credentials and sterling reputation, we’d love to keep you in mind for other positions that might open up in the future. I’d also be happy to refer you to others in the industry who might be hiring. Let me know if I can put you in touch.

As ever, there’s not much use in belaboring how overdue your response is—own it, get to the point, and look for ways to make the recipient feel like they matter.

If all else fails, mark April 30th on your calendar

In recent years, April 30th has become something like a holiday for chronic email procrastinators. Best known as “Email Debt Forgiveness Day,” it’s an annual free pass to finally send all those messages you’ve put off for way too long, without worrying about whether you seem rude or have a decent excuse.

Then again, why wait until the end of April? Close out a few of those email obligations now, and you might feel better that much sooner.