How to Use Irregular Verbs 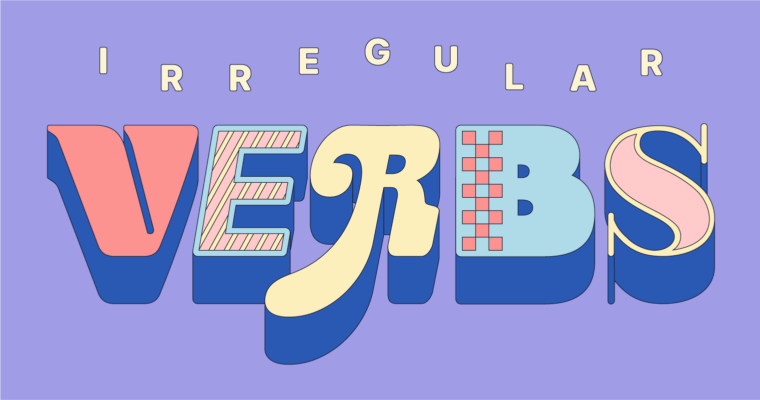 Irregular verbs are one of the hardest parts of the modern English language because they’re all a little different. Since there’s no formula, English speakers have no choice but to memorize each one, along with their special verb forms.

Here’s a tip: Want to make sure your
writing shines? Grammarly can check your spelling and save you from grammar and punctuation mistakes. It even proofreads your text, so your work is extra polished wherever you write.
Give your writing extra polish
Grammarly helps you communicate confidently

To help you with this, below we list the common irregular verbs and their tense forms, along with a quick explanation of what they are and how they work.

What are irregular verbs?

You could say irregular verbs are verbs that “follow their own rules.” Regular verbs follow the standard grammar rules of modern English in adding “-ed” or “-d” to form the past tense and past participle forms. Irregular verbs, however, use completely original words for their different verb forms when they’re the main verb of a sentence. (Just a reminder: The past participle is the form used with the present perfect tense.)

To show you what we mean, let’s “dance” and “sing!” This pair is a good example to see the differences: “dance” is a regular verb, but “sing” is an irregular verb.

To conjugate “dance,” there’s no big surprise or trick; you just use the same formula as with most other verbs. To create both the simple past tense and past participle forms, you simply add “-ed,” or in this case only “-d” because the base form ends in e already.

“Sing,” however, is irregular, so the normal rules don’t work. You can’t use “singed” because that’s an incorrect form for this verb. Instead, “sing” has both a unique past tense and also a unique past participle form. The only way to know how to conjugate “sing” is to memorize its special forms.

We sang and danced all night.

I have sung opera before, but I have never danced to it.

She prefers music sung by professionals.

The simple present tense is conjugated the same no matter whether the verb is regular or irregular. This includes adding an “-s” or “-es” for the third-person singular. Be aware that certain exceptions, like the verb “be,” have special present tense forms as well.

Like “be,” quite a few other linking verbs are irregular as well, such as “become” and “feel.” Also, irregular verbs can be either transitive or intransitive verbs and can still be used as imperative verbs.

Although “sleep” has its own special past tense and past participle forms (“slept”), it still keeps e as the main vowel, making it a weak verb.

Want a list of irregular verbs in the English language? Below we list the common irregular verbs to help you study and provide a quick-reference resource in case you forget one later (note that the past tense verbs in the chart below are shown in American English forms; there are some differences in British English).

Instead of listing the irregular verbs in each of their verb tenses, we only mention the simple past tense and past participle forms, along with the base. Any verb conjugation you do will use one of those three forms.

Please note irregular verbs that take a prefix (e.g., “resell” or “undo”) use the same irregular forms as their base word (e.g., “resold” or “undid”).

Also, you’ll notice that some irregular verbs don’t change at all—the base, simple past tense, and past participle forms are all the same word. We discuss this type of irregular verb in the next section.

Most verbs, both regular and irregular, have different verb forms for different tenses. We add letters or change the spelling to aid communication; it helps the listener or reader understand whether you’re talking about the present, past, or future.

However, certain verbs don’t change verb forms at all. They use the same word and same spelling for the present, past, and past participle forms. Because these words don’t follow the normal rules, they’re also considered irregular.

You can find these words in the chart above, but to speed up your search we’ve also included them in the list below:

Ensure you use the proper verb forms

Getting irregular verb forms right in your writing can be tricky unless you’ve memorized them all. That’s where Grammarly comes in. Acting as your built-in editor, Grammarly flags verb tense mistakes and other grammatical issues in your writing and provides suggestions on how to correct them—and so much more. From clarity to tone consistency, Grammarly’s real-time feedback helps make your writing stronger and more polished.