How to Write Ordinal Numbers Correctly 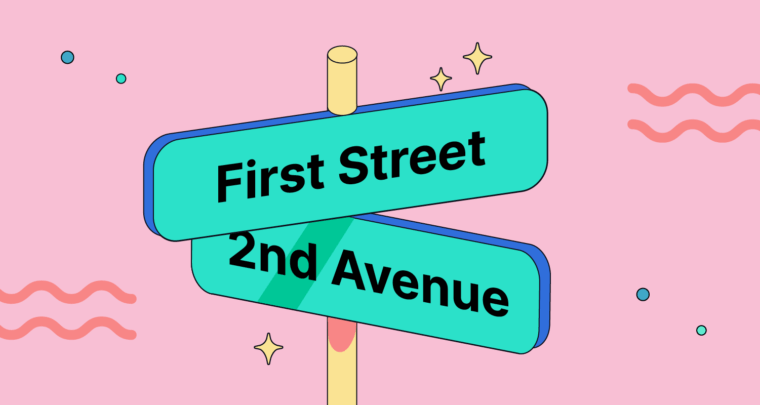 Ordinal numbers are numbers that show position or order in a sequence. For example, the words first and twentieth are ordinal numbers, as are numerals with suffixes at the end like 1st and 20th.

What are ordinal numbers?

Ordinal numbers show something’s position in a series, such as its sequential order, ranking, or place in a list. There are two forms of ordinal numbers:

You can use ordinal numbers as determiners (not my first choice) or nouns (the first to arrive). Many ordinal numbers are used as adverbs to indicate the order of a series, such as a chronological sequence of events or a list that organizes thoughts.

First, grab a flashlight; second, go into the basement; and third, flip the circuit breaker.

Some people use an alternative form of ordinal numbers that end in –ly, such as firstly. This makes sense to a lot of English speakers because most adverbs end in –ly, but it’s an unnecessary addition.

What’s the difference between ordinal and cardinal numbers?

Cardinal numbers depict quantities or amounts and are used in mathematics and counting. They are typically depicted as Arabic numerals (1, 2, 3, etc.) but can also be written as words (one, two, three, etc.) if you know when to spell out numbers.

When to use ordinal numbers

As mentioned above, ordinals are ideal for sequential lists to keep track of the order of things. This includes the chronological order of events, the order of points to discuss, and any numbered lists.

first item on the agenda

He grabbed his coat first and his umbrella second.

Ordinals are used to keep track of ranking, such as placement in competitive events or tiered brackets.

She came in second in the shot put.

You can use ordinals to keep track of location or position in reference to the context.

second in line for ice cream

Turn right at the fourth stoplight.

Especially when speaking, ordinals are typical for mentioning the day in dates. However, there are very particular rules on how to write dates, specifically when you can and can’t use ordinals.

In writing, use ordinals when the day comes before the month.

On the third of July

You can also use ordinals when referencing the day without the month.

Our party is on the twentieth.

However, when writing out a date, avoid ordinals, though you might say July fourth when speaking.

Please note that in formal writing, it’s best to spell out the ordinal number instead of using a numeral with a suffix.

Names with numbers, including organization names, use ordinals. However, in writing, the names of people often use Roman numerals but are spoken aloud as ordinals.

Floors of a building

Use ordinals to refer to the different floors of a building except for the ground floor.

We live on the twelfth floor.

However, use cardinal numbers if you’re describing the number of floors, such as giving directions or explaining a floor’s location relative to the ground or another floor.

We live twelve floors up.

You have to go down two floors for the pool.

When periods of time are sequential, use ordinals. This refers to centuries and millennia, but also the amount of time passed doing something like school.

This is my sixth month working here.

Ordinals keep track of birthdays, anniversaries, and other periodic events.

However, when mentioning ages or the number of years, use cardinal numbers.

My parents have been married for twenty-five years.

English also uses ordinals for fractions, especially in speech. Specifically, the denominator (bottom number) is spoken as an ordinal.

However, the most common fraction, ½, is called simply half or one half—saying one-second is incorrect.

If the numerator (top number) is more than one, the fraction becomes plural.

How to write ordinal numbers

When you write ordinal numbers, be careful about both spelling and punctuation. Ordinals are written differently than their cardinal counterparts, so you may have to learn new rules.

Let’s start with the suffixes. The ordinal suffixes follow the same formulas, so once you’ve mastered 1-20, you can apply them to any ordinal number, no matter how high.

For quick reference, here are some basic guidelines:

Last, don’t forget that two-word numbers use a hyphen, even ordinal numbers. This includes all numbers above twenty, except for multiples of ten. The hyphen in two-word numbers comes in addition to the hyphen in compound adjectives with numbers, so it’s common to have number words with two or more hyphens.

What are ordinal numbers?

Ordinal numbers like first or 10th show position or order in a sequence. They describe something’s place in relation to other things, such as chronological order, rank, or simply items in a list.

When should you use ordinal numbers?

Ordinal numbers have a few more uses besides position and order. They’re used for rankings, dates, periods of time, names, and fractions, among other things.

What are the guidelines for writing ordinal numbers?

When writing ordinal numbers, it’s important to remember the right suffixes. Most numbers use the suffix –th, except for 1 (first), 2 (second), and 3 (third). Numbers over 20 use the suffix of the last number, for example, the ordinal for 53 is fifty–third. Be careful of the numbers 1, 2, 3, 5, 8, 9, and 12, because their ordinals use irregular spelling.