10 Grammatical Errors That Damage Credibility and How to Fix Them

Karen Hertzberg
Updated on May 20, 2019Grammar 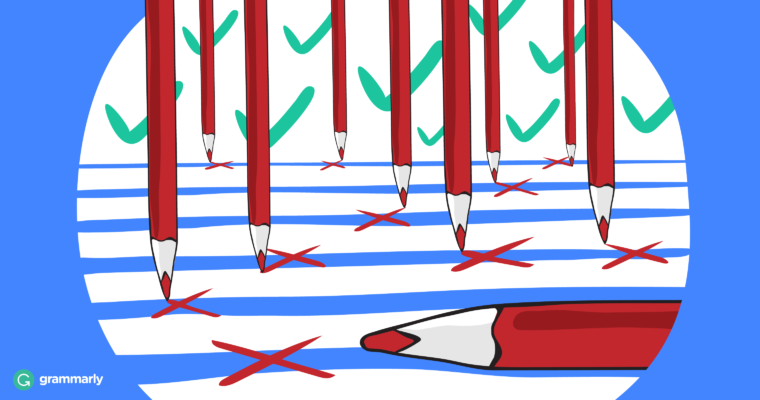 Are your grammar goofs making you look bad? Frequent grammar errors could cause others to question your writing at work. Here’s how to identify and fix ten of the most common offenders.

There’s an inherent flaw to spellcheck—sometimes you spell a word correctly, but you use the wrong one. Even when your mistake is an honest typo, using the wrong word can make it look as though there’s a gap in your knowledge.

Then can mean at that time or next in time/space/order.

She was still working there then.
Let’s have pizza and then go to a movie.

Joe is a little shorter than Anna.

LEARN MORE: Than Vs. Then–What’s the Difference?

Lose is a verb that can mean fail to win, misplace, or free oneself from something or someone.

If I don’t run faster I’ll lose the race.
I seem to lose my car keys every week!
Morning muffins are a habit I’d like to lose.

Loose is an adjective that means not tight.

After I cut muffins from my diet, I noticed that my pants were loose!

Homophones (words that sound the same but have different spellings and meanings) can catch us off guard, so be sure to double-check for them.

Their means belonging to them.

The girls forgot to pack their lunches.

There indicates a place.

Park your bike over there.

They’re is a contraction of “they are.”

Alex and Sue are coming, but they’re running late.

To is a preposition that indicates direction.

Let’s go to the park this afternoon.

To can also form infinitives.

How long will it take you to finish that project?

Too means “also.” It’s also used as an intensifier.

Nick wanted to go along, too. Unfortunately, he had too many chores to finish.

Your means “belonging to you.”

You left your coffee cup on top of your car.

You’re is a contraction of “you are.”

You’re going to be cranky without your dose of caffeine.

Although you might not be judged for every misplaced comma, certain punctuation mistakes stand out. Some are pet peeves of grammar-savvy folks, and others can accidentally transform the meaning of your sentence.

Apostrophes are used to show possession. (The dog’s collar was red.) They’re also used to form contractions like shouldn’t, we’ve, and you’re.

My landlady had six cat’s cats in her apartment!

Here’s an exception: When you reference lowercase letters, eliminating the apostrophe would be confusing.

Make sure to dot your i’s!

The term “ellipsis” (plural: ellipses) comes from the Greek word meaning “omission.” When you quote someone, ellipses can indicate that you’ve omitted part of the quote. They can also show a pause or indicate a sentence that trails off without a conclusion. In general, ellipses should be used sparingly as a conscious style choice.

Here’s a tip: Whether the dots in an ellipsis are separated by spaces is a matter of style. The Chicago Manual of Style calls for spaces, but The AP Stylebook leaves them out and treats the dots as a three-letter word. Whatever style you decide on, be consistent.

The Internet is full of examples of unnecessary quotation marks. They’re often misused to add emphasis. When you put quotation marks around anything that doesn’t require them, you mean “ . . . but not really.”

I can admit when I need help. Thanks, @grammarly! How Marketing Influencer Cynthia Johnson Communicates with Confidence https://t.co/Qob4TVI6BV

So, just be aware that when you end an email by telling your boss to have a “great day,” you’re implying the opposite.

LEARN MORE: Quotation Marks: How to Use Them Correctly

Frequent writers have pet peeves, and we’ve already covered some of them (like confusing your/you’re and overusing ellipses) already. Here are a couple more that bother people more than most.

Yes, irregardless is a word—it means the same thing as regardless. But dictionaries consider it nonstandard, and people have strong feelings about it. Grammarly took a poll, and 74% of our readers did not consider it a word.

Some verb tenses can be tricky, even if you’re a native English speaker. And although we sometimes hear “I seen” in colloquial speech, it’s never proper grammar.

Saw is the past tense of the verb see. It usually comes immediately after nouns or pronouns.

Seen is the past participle of the verb see. It is generally used alongside have, has, had, was, or were in a sentence to make compound verbs.

Oddly enough, I have seen him walking his cat, too!

Good writing is clear and understandable. It never leaves the reader wondering what you mean. Here are a couple of the most common problems that affect clarity.

Sarah went to the dress shop to have her wedding gown fitted.

In the sentence above, Sarah is the antecedent. The pronoun her is used later in the sentence in place of the name Sarah, but both her and Sarah refer to the same person.

When there is more than one noun at play in a sentence, an unclear antecedent makes it difficult to understand which one the pronoun refers to.

Luke and Jack went out for lunch to celebrate his first day on the job.

To whom does the pronoun his refer? Unless the surrounding sentences make it clear who you’re talking about, rewrite the sentence so we understand whether it’s Luke’s first day or Jack’s.

Luke and Jack went out for lunch to celebrate Luke’s first day on the job.

To celebrate Luke’s first day on the job, he and Jack went out for lunch.

A modifier changes, clarifies, qualifies, or limits a particular word in a sentence in order to add emphasis, explanation, or detail. Modifiers tend to be descriptive words, such as adjectives and adverbs. Modifiers can cause trouble when they’re placed too far from the modified noun. Sometimes the results are unintentionally hilarious.

After the cat vacated my pillow, I gave it a good fluffing.

Did you fluff the pillow, or did you distress an unsuspecting feline? Assuming the pillow is the thing getting fluffed (thank goodness!), let’s treat it as the subject of the sentence instead of the cat.

I gave the pillow a good fluffing after the cat vacated it.

That’s better, and no one need alert the ASPCA!