Bear means to carry, bring about, or tolerate something; but also refers to bringing offspring into the world. These differences in meaning directly influence the choice of past participle for the verb. It has two of them, born and borne. Let’s find out which participle is used for which meaning.

Borne and Born: Difference in Meaning

You’ll often see the past participle borne in phrases like food-borne illness or mosquito-borne disease. Borne means “carried by” in these examples. You can get sick from eating poorly cooked food because it can carry harmful bacteria. In some countries, massive efforts go into destroying mosquitoes because they carry and spread disease. Neither food nor mosquitoes give birth to the disease.

On the other hand, if your mother gave birth to you in Canada, for example, you can say that you’re a Canadian-born person. That doesn’t mean that you were carried by the country of Canada; it means that you came into this world in Canada. You were born there. 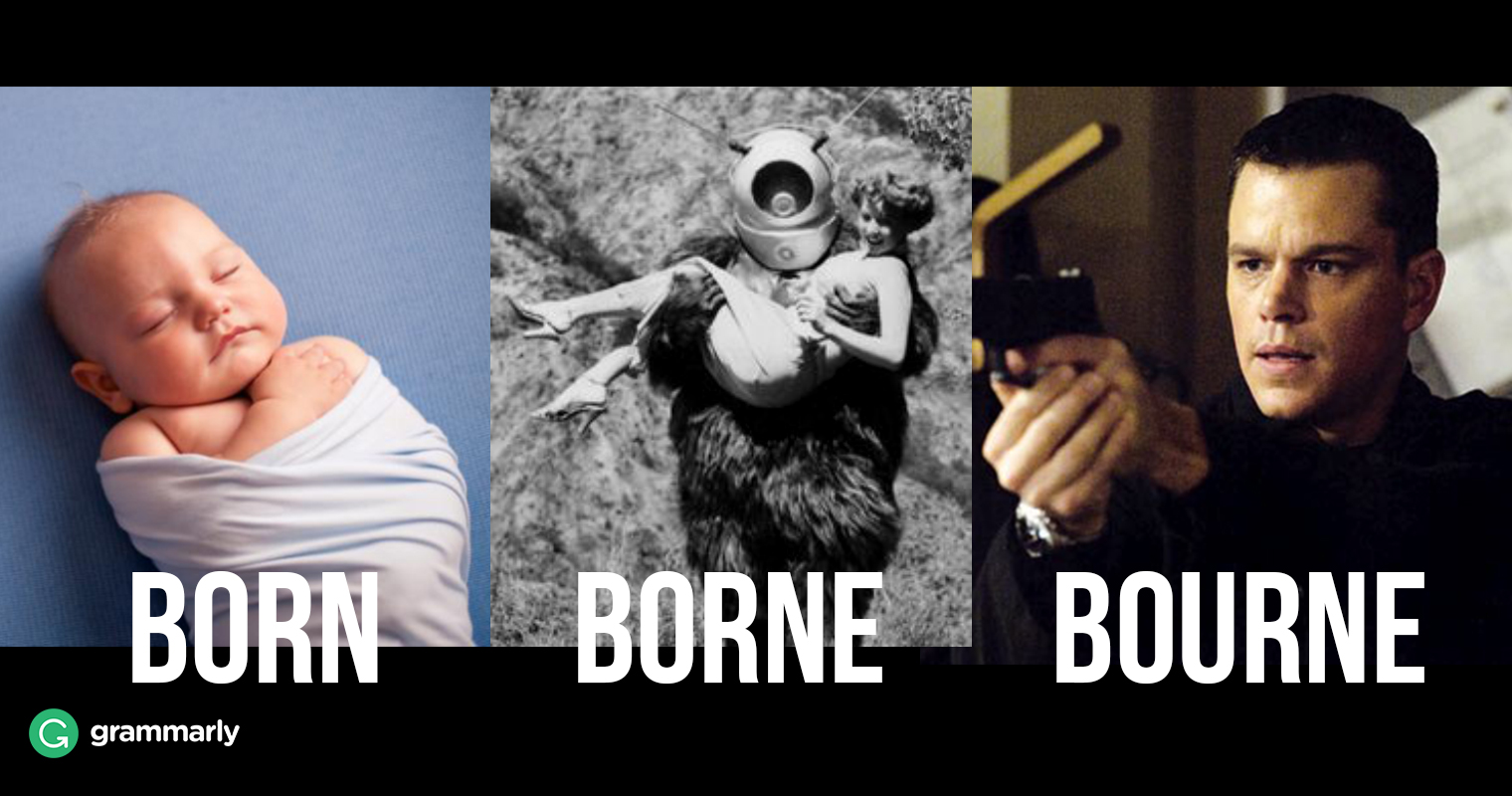 Born vs. Borne in Phrases

One common phrase that people struggle with is “born out of.” You can talk about a gathering of people, for example, and say that those demonstrations were born out of the mayor’s refusal to allow the hiring of more teachers. Metaphorically speaking, the mayor’s refusal gave birth to the demonstrations. You can also speak about children born out of wedlock, which means they were born to parents who were not married to each other. Either way, “borne out of” would be wrong.

It is possible, however, to say “borne out” (with no of). “Borne out” means “confirmed.” You could say, for instance, that rumors of a company’s financial distress were borne by the quarterly results.

Examples of Born and Borne

The mosquito-borne Rift Valley fever virus has been linked to miscarriage in humans.
ScienceDaily
Tick-borne infections are widespread throughout Europe.
Forbes
States are starting to more closely examine custody arrangements for children born out of marriage, which have traditionally favored mothers, either by law or default, to give fathers a greater role in raising their children.
The Huffington Post
A Scottish-born knight working in the US who pioneered the development of molecular machines is to share the Nobel Prize in Chemistry.
The Daily Mail