13 Idioms to Spice Up Your Workplace Communication 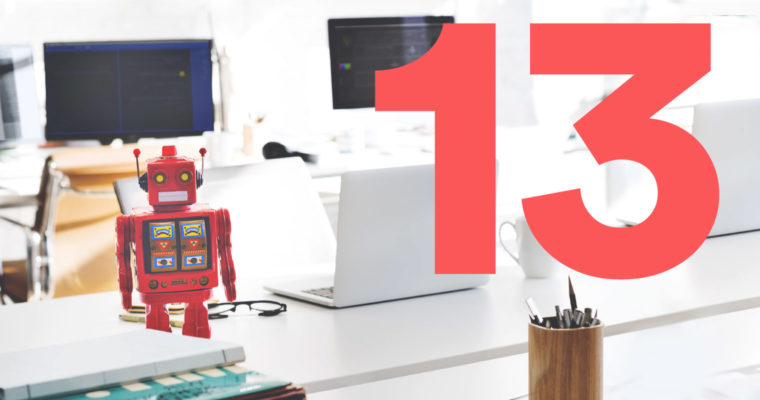 ​​Whether you’re aiming to clinch a sale, impress a date, or show off your smarts, colorful idioms can make a conversation both more enjoyable and more memorable. Here’s your guide to taking the bull by the horns with thirteen idioms that will help you cut the mustard in professional communication and beyond.

But first, what’s an idiom? While jargon is language specific to your profession—designers talk SEO, lawyers talk quid pro quo—an idiom is a set phrase whose meaning isn’t immediately clear from the individual words.

You might be as likely to find some of these idioms in the workplace as paper clips and lukewarm coffee. Test whether you know the rarer ones and try them all out to add pizzazz to your professional and personal communication.

Common workplace idioms you should know

Take the bull by the horns

Grabbing a raging bull’s horns as it tries to butt you wouldn’t be easy. Taking the bull by the horns means facing a difficult or risky situation bravely and decisively.

Example: “The audit caused a mess of paperwork, but Kathryn took the bull by the horns and got to work sorting it out.

Ahead of the curve

A company that’s ahead of the curve does a good job predicting trends, keeping up with current methods, and leading its peers.

Example: “If we want to be in the top twenty for our industry this year, we’ll have to stay ahead of the curve.”

Not going to fly

If you work in aeronautics or the airline industry, this might be one you can take literally. Otherwise, use this idiom to refer to something that won’t be effective, permissible, or well received. Note that it’s usually used in future tense.

Example: “Coming in late every day may have been acceptable at your old company, but while you’re working here, that behavior isn’t going to fly.”

Hit the nail on the head

It doesn’t take a carpenter to know that a hammer needs perfect aim to hit a nail just right. In other contexts, it means to do something with precision or say exactly the right thing.

Example: “Kira hit the nail on the head when she said we’d have to focus on other media to better reach our customers.”

On the back burner

If you’ve ever tried to cook multiple things at once, the back burner is where you keep the pot that doesn’t need immediate attention. As an idiom, use it to refer to pausing work on one project or task so you can focus on another, more urgent one.

Example: “Beverly decided to put hiring an intern on the back burner until she finished the quarterly report.”

Less common idioms to spice up your speech

As you might guess, cutting the mustard is a bit more work than slicing through a yellow condiment. As an idiom, it means to meet expectations or reach the required standard.

Example: “James’s report didn’t have quite enough data to cut the mustard.”

To do something off the cuff means to do it without preparation, or to improvise.

Example: “Geordi thought the presentation wasn’t until Wednesday, but since it was on Tuesday he had to do it off the cuff.”

You might have heard this one as “Therein lies the rub.” The original is a line from Shakespeare’s Hamlet, in which the tragic hero is pondering “To be or not to be”, and finding the greatest problem in his internal debate, says to himself, “Ay, there’s the rub.” It sounds old-fashioned either way, but it’ll make you sound very literary when you’re talking about the crux of a problem.

Example: “But how to boost our marketing without spending more money? There’s the rub.”

Something that is satisfactory or meets expectations is up to snuff. This idiom is basically synonymous with “cut the mustard.”

Example: “No matter how many times Jonathan reworks that graphic, it just isn’t up to snuff.”

Too many irons in the fire

In the old days, people ironed their clothes by warming up irons in actual fire. Today, people may or not iron their shirts, but they often take on a lot of projects, sometimes more than it’s feasible to complete. Note: another idiom with a similar meaning is “biting off more than you can chew.”

Example: “Benjamin shouldn’t have taken on writing that report this month; he already had too many irons in the fire.”

Wind out of my sails

Like a sailboat speeding through the water on a windy day that slows down sadly if the wind dies down, someone gets the wind taken out of their sails if they get bad or disappointing news. It’s similar to “burst one’s bubble.”

Example: “Jean Luc took the wind out of Wesley’s sails by giving him a lukewarm performance review.”

Example: “Sorry to burst your bubble, but I think we’ll have to rework this presentation instead of playing ping pong.”

A good goal is not to have this said about your work. The phrase originated as “it went down like a lead balloon”—meaning quickly, heavily, and disastrously. More frequent as “going over like a lead balloon,” the idiom means that something failed miserably.

Example: “Worf suggested we scrap the new communication strategy and stick to the old format, but that went over like a lead balloon.”

Let’s get down to brass tacks

This is a way to turn the focus to the essentials or basic facts of a situation, process, or plan, rather than getting into the nitty-gritty (that is, smaller details).

Example: “Before we go into detail about everyone’s role in the new project, let’s get down to brass tacks.”

The ability to sprinkle key idioms into conversation can help you communicate effectively and intelligently. And don’t forget to learn the difference between idioms and proverbs! Now that we’ve gotten down to brass tacks with these key idioms, you’re sure to be up to snuff.