Everything You Need to Know About Sentence Diagramming, With Examples 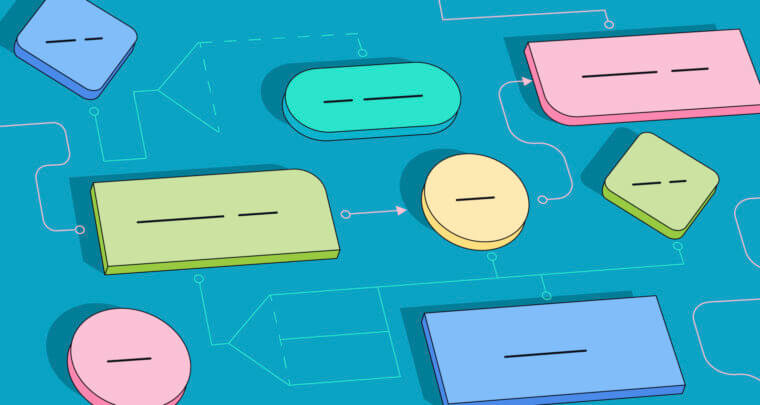 Diagramming a sentence is a great exercise to gain a deeper understanding of its grammatical structure. A sentence diagram is a visual representation of a sentence’s structure and its words’ functions. When doing this exercise, you put each word in its respective place within the diagram, which uses lines to represent which words relate to each other and how. With practice, this skill of breaking down and diagramming a sentence will not only help you understand the underlying principles of sentence structure but also help keep your writing mistake-free.

Although sentence diagramming is not a necessary part of language learning, it is great for practicing and understanding grammar and syntax, especially for visual learners. Below, we explain how to diagram a sentence, including some sentence diagram examples so you can see for yourself.

Your writing at its best
Grammarly helps you communicate confidently

What is a sentence diagram?

A sentence diagram is a visual organization system that you can use to see how the parts of speech like nouns, verbs, prepositions, and articles work together and relate to each other in any given sentence.

We’ll explain everything you need to know below so that you, too, can understand sentence diagrams. Knowing how to identify what roles each word plays in a sentence based on their function and placement is an excellent practice for both improving your English writing and learning how to write better sentences.

Sentence diagramming uses a fixed set of rules and a standardized “code” of line types (e.g., diagonal lines, dotted lines, etc.) so that anyone who knows how to diagram a sentence can read other people’s sentence diagrams. The most commonly used method is known as the Reed–Kellogg system, which is what we discuss here.

What grammatical components you should be able to identify before diagramming?

Before we get down to actually diagramming sentences, let’s review the technical elements that sentences are composed of: parts of speech and sentence constituents. Sentence diagramming deals heavily with the functions of words, and you need to identify each word or phrase’s role so you know where to put it on your sentence diagram.

You might recognize some of these are parts of speech like articles and conjunctions, but others are concepts that describe the constituents of a sentence like predicates or subordinate clauses. Constituents can be a single word or a collection of words that form a single function.

How to diagram a sentence in 5 steps, with examples

To show you how to diagram a sentence, let’s start with simple sentences and work up to more advanced constructions. For this section, we’ll use the example sentence:

The dog brought me his old ball in the morning.

The subject and main verb are the core of all sentence diagrams, so start there. Begin by drawing a long horizontal line (the “base line”) below the sentence and then draw a short vertical line down the middle of the horizontal one. The subject noun, dog, goes on the left side and the verb, brought, goes on the right side.

Auxiliary verbs that are necessary to form different tenses (like have or will) are written together with the main verb. This also includes modal verbs like might or can.

3 Then add the indirect objects

Indirect objects (in this example: me) go on a small horizontal line under the verb, connected by a diagonal line.

4 Put the prepositions in place

In the morning, the dog brought me his old ball.

Even though it is right next to the subject, the dog, the prepositional phrase in the morning would still go under the verb brought because it describes when the action happened.

5 Finally, add the modifiers and articles

Place modifiers and articles on diagonal lines beneath the words they describe.

Once you can handle the basics, it’s time to move on to more advanced sentence diagramming. There are dozens of complex constructions in English grammar. Here are a few with their own particular method when it comes to diagramming sentences.

How to diagram a sentence with linking verbs

She seems happier after the breakup.

How to diagram a sentence with noun clauses, noun phrases, and infinitive phrases

Noun clauses, noun phrases, and infinitive phrases are distinct ideas nested within another sentence and are diagrammed as extensions from the main diagram base line. To do this, you will use “pedestals”—long vertical lines with triangular bases—to connect it to the main diagram. Put pedestals directly on the base line where a single noun would go; then draw a horizontal line on top of the pedestal. On the new horizontal line, you can diagram the noun clause or phrase just like a separate sentence.

I bet it will rain in the evening.

How to diagram a sentence with conjunctions

For compound subjects, separate the subject line into two or more horizontal lines and use conjoined diagonal lines to connect them to the base line where the main predicate verb sits. Write each subject on one of the horizontal lines, with their respective modifiers below each. At the point where the diagonal lines start, draw a vertical dotted line and write the conjunction sideways on the line.

For correlative conjunctions like both . . . and or neither . . . nor, write both conjunctions sideways on the dotted line, one on each side.

Both the teachers and the students wanted a half day.

Compound predicates use a mirrored version of the construction for compound subjects. You’ll likely need to make the horizontal lines longer to fit more words.

The cat woke from its nap and went to its food bowl.

If you’re diagramming a compound sentence with two independent clauses, diagram each clause individually and then connect their verbs with a dotted line that looks like a step. On the horizontal part of the dotted line, write the conjunction.

English is a good language, but Spanish is easier.

If a conjunction connects two or more nouns that aren’t the subject, diagram the nouns on separate lines stacked like a list and draw a dotted vertical line between them. Write the conjunction sideways on the dotted line.

Nothing scares me except snakes, darkness, and bugs.

For multiple modifiers, write each adjective or adverb separately on diagonal lines under the word they modify. Then, draw a dotted horizontal line between them near the top and write the conjunction on that line.

The turtle ran slowly and steadily.

How to diagram a sentence with subordinate clauses

Similar to compound sentences, start by diagramming each clause individually, with the independent clause on top. Then, connect the clauses with a diagonal dotted line between the verbs and write the conjunction on that line.

If you do not vote, you should not complain.

How to diagram a sentence with gerunds

Gerunds are written on a stepped line.

My favorite activity is sleeping.

How to diagram an imperative sentence with no subject

Give me your money!

How to diagram a sentence with appositives

Appositives have their own special diagramming rules that can seem confusing. When diagramming, it’s useful to remember that appositives are a form of renaming—because of this function, the noun of the appositive is written in parentheses on the same line as the noun it describes or modifies. Modifiers of the nouns are on diagonal lines below, extending from whichever noun they modify.

A human-made waterway, the Panama Canal connects the Atlantic and Pacific Oceans.

What is a sentence diagram?

A sentence diagram is a visual tool to help understand sentence structure, which reorganizes a sentence’s words along interconnecting lines in order to demonstrate each word’s function.

What is the purpose of a sentence diagram?