Here’s a tip: Want to make sure your writing always looks great? Grammarly can save you from misspellings, grammatical and punctuation mistakes, and other writing issues on all your favorite websites.
Most of the time, using the verb pay is not troublesome. It is an irregular verb, but not one that’s hard to memorize, so it’s likely you’ll know that its present participle is always paying and that its past participle is paid . . . usually.

The Many Meanings of Pay

Pay is a word of Latin origin, which found its way into the English language through the Anglo-Norman paier. The Latin root is the verb pacare, which means “to pacify.” Today, we use pay to say a couple of different things, but most of them have something to do with a transaction—when you pay someone for goods, you’re giving them money for the goods. Or when you’re paying attention to something, you are giving your attention.

The meanings of the verb pay that stand out are the nautical ones. In those cases, pay can mean one of several things: it can mean to waterproof joints by painting them with tar and resin; it can mean to let the ship fall off leeward (pay off), or away from wind (pay away); it can mean to let out a rope or chain by slackening (pay out). 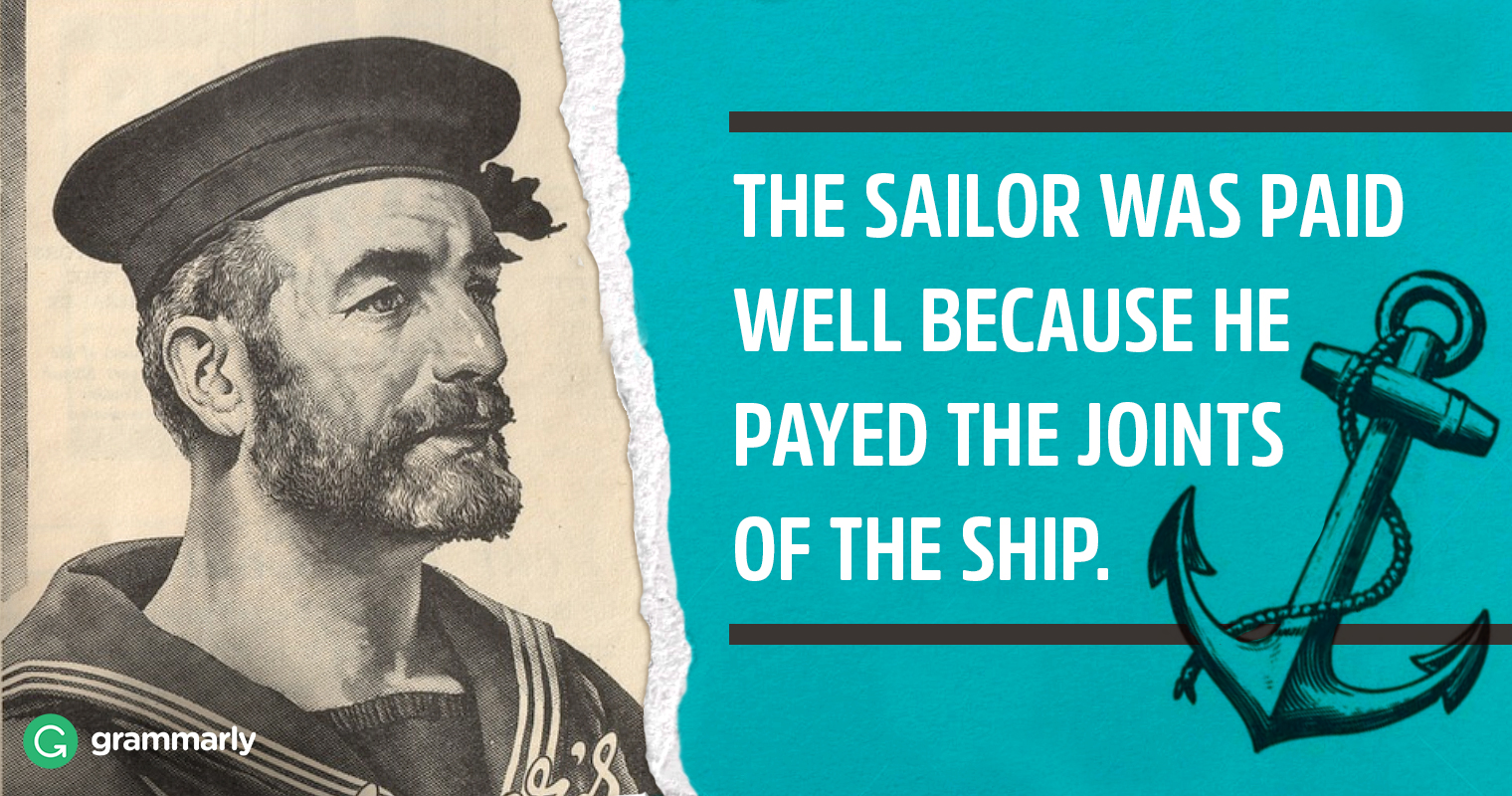 The past tense of the verb pay is paid for the majority of its senses. In fact, paid is sometimes used even for the nautical meanings of pay. But you can’t use payed for the non-nautical senses of pay. So, you can say:

I paid my debt in full. He payed the deck with tar. She paid out the rope.

But you can’t say:

I payed my debt in full.

I paid £25 to ensure that I got a vote in the leadership election. —The Guardian

The measure, which emerged from the Senate Ways and Means Committee this week, would establish 16 weeks of paid family and medical leave and up to 26 weeks of disability pay. —The Boston Globe

HM Revenue & Customs paid out £1.9 million in compensation after sending a firm bankrupt with a tax demand that turned out to be wrong. —The Daily Mail

Tributes have been paid to Garry Marshall, creator of hit US TV series Happy Days, who has died aged 81. —BBC