Nauseous vs. Nauseated: What’s the Difference? 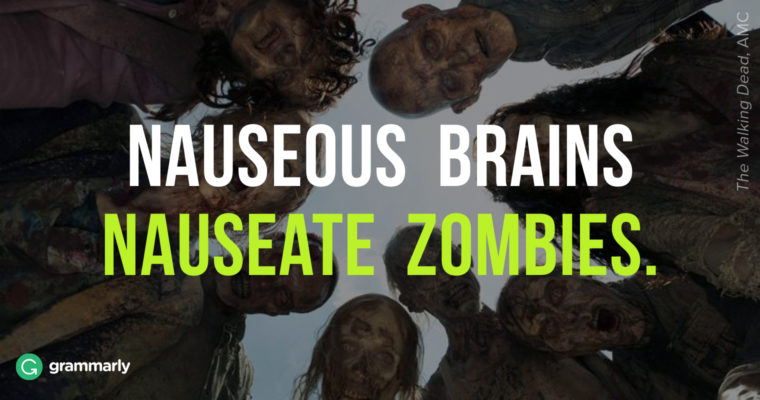 Even though nauseous and nauseated are often used to mean feeling unwell, many purists insist that nauseous means “causing nausea” while nauseated means “feeling sick.”In everyday modern usage, it is acceptable to use both words to mean feeling ill—your audience will likely understand what you mean. However, in more formal situations, use each word correctly.

When to Use Nauseous

Nauseous originally meant sickening, loathsome, or inducing a feeling of disgust. In that sense, things that are nauseous might include:

But nauseous is so often used to refer to experiencing those feelings that Merriam-Webster Dictionary has updated their definition of nauseous:

Here are examples of nauseous used with its original meaning:

Certain it is that minds, like bodies, will often fall into a pimpled ill-conditioned state from mere excess of comfort, and like them, are often successfully cured by remedies in themselves very nauseous and unpalatable.

The council may prohibit and prevent the sale of every kind of unsound, nauseous, and unwholesome meat, poultry, fish, vegetables, or other articles of food.

And here’s an example of its contemporary usage, of feeling sick to one’s stomach:

The family […] would rush out to get lobster, but then the patient would take only one bite, or wouldn’t want it at all, he would smell it and feel nauseous and push it away. 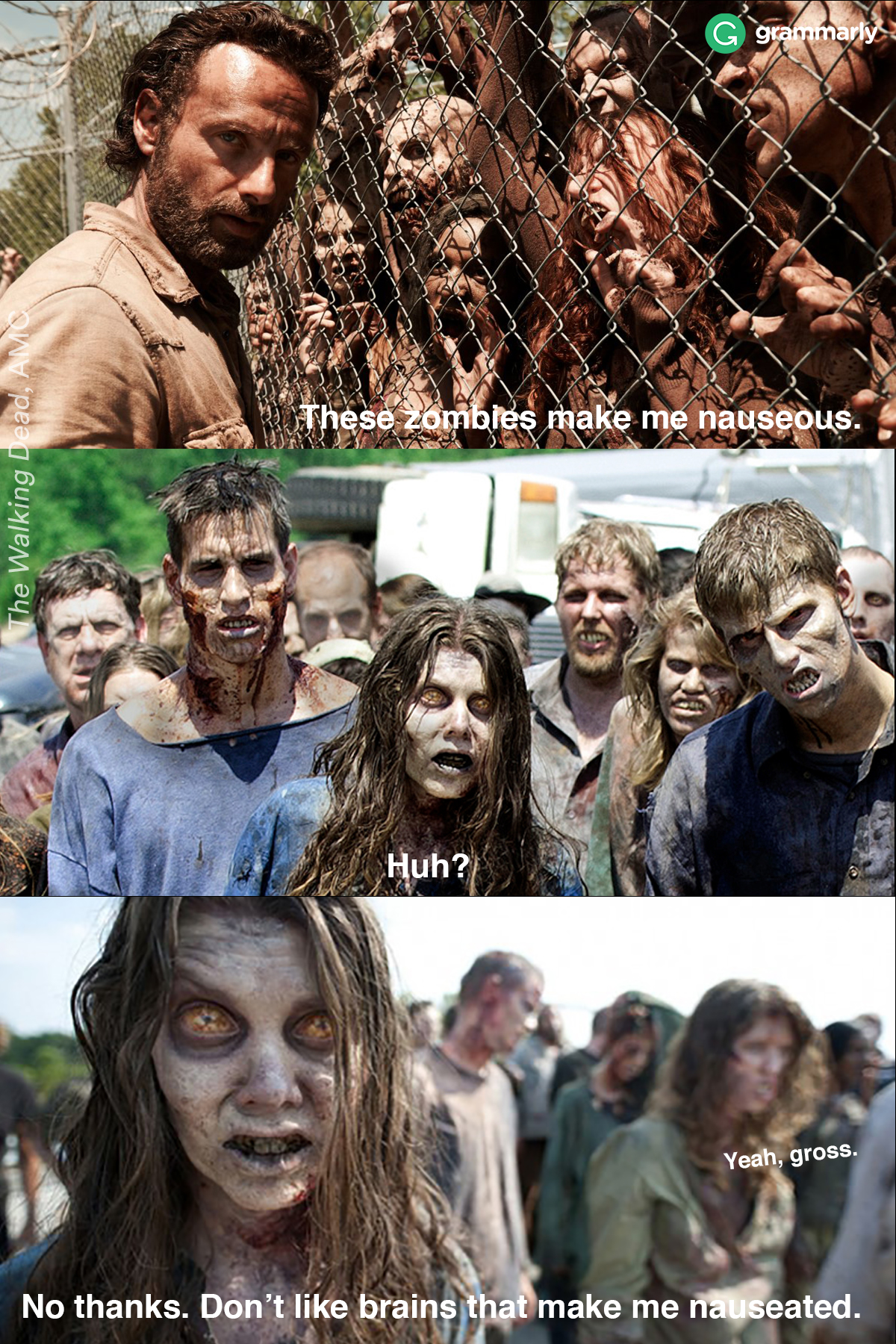 When to Use Nauseated

Here’s the trick: “to nauseate” is a verb meaning “to cause to feel disgust,” so turning it into a participle—that is, adding the “ed” at the end—means that something has caused you to feel that way. Times you might feel nauseated include:

. . . and any other time your tummy gets a bit grumbly. Here are some examples of nauseated in a sentence:

Once, when she was six years old, she had fallen from a tree, flat on her stomach. […] Now, as she looked at him, she felt the same way she had felt then, breathless, stunned, nauseated.

— Margaret Mitchell, Gone with the Wind

— Paul Theroux, The Old Patagonian Express: By Train Through the Americas

And, to cover our bases, here’s an example with “nauseating”:

I exist, that is all, and I find it nauseating.

—Jean-Paul Sartre, Being and Nothingness

Nausea can be pretty existential, it turns out.

Any way you slice it, these words have got a lot of vowels. So how do you say them, and how do you remember how to pronounce them?

Some people say NAW-zee-uh, some say NAW-zhuh, where the “zhuh” sounds like the “s” in “measure.” Here, take a listen.

There’s no surefire trick to guarantee you remember the spelling, but think about how lots of people who go sailing get seasick. That is, they get sick of being on the sea. Even though the “sea” part of the word nausea isn’t pronounced like the big body of water that might make your stomach a little choppy, it can help remind you how the second half of that word is spelled.

As for pronunciation, try to say it like this: “NAW-zee-ay-tid.” Here’s how that one sounds out loud.

This one’s a toughie. Some people say NAW-zee-us, but NAW-zhus is more common. Listen to it here.

As far as spelling, it’s the “eou” that causes confusion. A quick fix: think of something that makes you feel nauseous—or, if you’re more traditional, something that is nauseous. For example: eating oily urchins. Sounds pretty slimy, and probably smelly, too. But if you can fight back the nausea long enough to spell nauseous correctly, then you’re on the right track.

Now you can stop feeling nauseated by the nauseous distinction between these two confusable words. We can only hope that avoiding zombies is as easy.