Whether you’re modelling or modeling, you’re doing the same thing. The only difference is in the spelling—the one with the single L is preferred in the United States, while the one with two Ls is preferred everywhere else.

If you’re a model, your job is to model clothes made by fashion designers and brands. If someone asks you what you’re doing, you say that you’re modelling—or modeling. If you like to create something but used another piece of work as inspiration, you can say you modeled your work after something. Or you can say you modelled it. If you like to create little models of airplanes or ships or cars, you can call yourself a modeler, but also a modeller. If you . . . but you get the point, right? This article is about the use of the double L in the inflected forms of the word model. And in case you were wondering, yes, it’s one of those “United States vs. The Rest of the English-Speaking World” things. 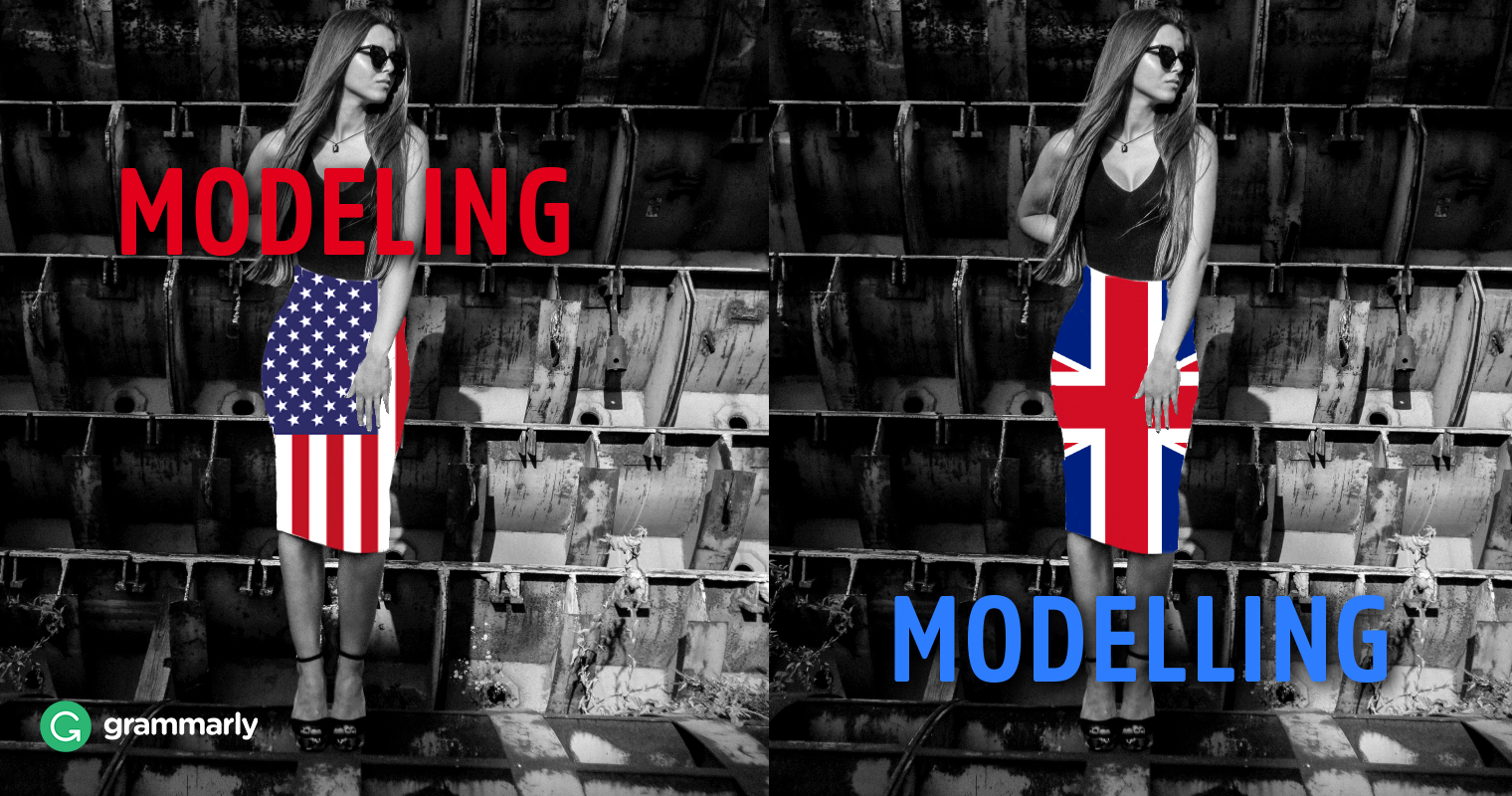 Origin and Meaning of Model the Verb

The first model in the English language was not model the verb—it was model the noun. The first traces of the words appeared during the second half of the sixteenth century, at which time it was used for architects’ designs—a meaning that’s now obsolete—but also as something made to scale, like a modern model airplane. The word was derived from the Middle French modelle, itself derived from the Italian modello, which can be traced all the way to the Latin root modus, which means “manner” or “measure.”

Around the turn of the seventeenth century, the preferred verb form was modelize, but it gave way to model by the second half of the century. The sense “to showcase or display garments or fashion design” is relatively new—it came about in the early twentieth century.

How Come It Can Be Spelled With Two Ls or One?

There are plenty of small, interesting (or sometimes annoying) ways the two major variants of the English language—British English and American English—are different. The double L we see in modelling is one of them. This is the preferred spelling in all English-speaking countries apart from the United States.

If you have a verb that ends with a vowel and an L, whenever you add a suffix that begins with a vowel, you double the L. That’s how we get modelling as well traveller, trialled, and so on. At least, that’s how they do it in British English.

In American English, you don’t double the L under the same conditions. So modelling becomes modeling, traveller becomes traveler, and trialled becomes trialed. Since there’s no wrong answer here, you should use the form you prefer or the form you’re expected to use (by your teacher, boss, or audience).

After so many compliments, Amy decided to Google search child modelling agencies to try and get Nathan’s foot in the modelling world. —Express

Will Miranda leave her modelling career and settle down as a housewife? —IBT, Indian Edition

Gisele Bundchen announced just last year that she was retiring from modelling after 20 years in the industry. —Stuff

When you’re modeling, you have to keep yourself in shape. —Today