There are plenty of things you can’t do without a license—drive a car, fly a plane, be a doctor, or be a fisherman. And because licenses are so important, you might as well learn how to spell them correctly.

License as a Verb: Spelling and Examples

Like many other words in the English language, license is spelled differently in the United States and the rest of the English-speaking world. However, this is not the case when license is used as a verb. The verb form is always spelled the same—license—and it always has the same meaning—to issue a license, or to give permission. 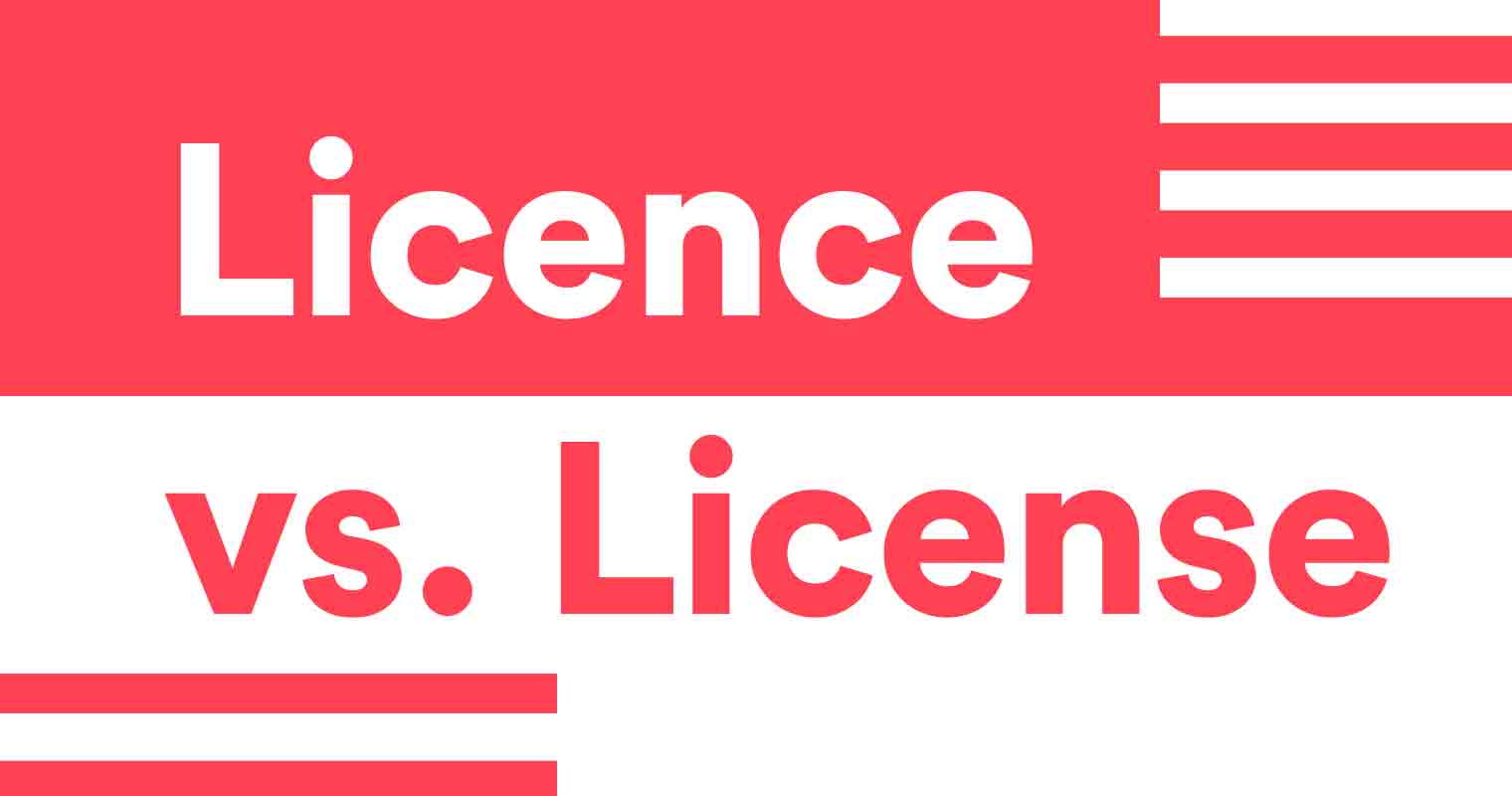 Here are a couple of examples of the word used in American online publications:

In the meantime, Atlanta, Georgia and the state of New York licensed him to fight, so in 1970 he finished off two tune-up opponents to prepare for his showdown with Frazier, who’d won the championship while Ali was sidelined.
The Daily Beast
Earlier this year at CES, we saw the first TVs from Sharp following the announcement that Hisense had licensed the company’s brand name for TVs in the U.S.
Digital Trends

And this is how they spell it in British online publications:

A kindergarten in a region often portrayed as Australia’s gun capital has “licensed” children who want to play with toy firearms.
The Guardian
North Somerset Council, which is responsible for licensing the event, said the Premises Licence was needed because there would be alcohol sales and regulated entertainment at the event.
BBC

As you see, there’s no difference in meaning between the two.

License as a Noun: Spelling and Examples

But license can also be used as a noun, which is where the different spellings come into play. In American English, the noun is spelled the same as the verb—license. But in British English, the noun is spelled licence. All the while, the meaning stays the same—permission, a permit, a document that states you are qualified or allowed to do something.

Here’s how they use license in American English:

A Chicago-area woman says she wants to fight for her right to wear a pasta strainer on her head in her driver’s license photo, claiming the item is an expression of her religious beliefs.
Chicago Tribune
Sometimes, licenses are required because employers know the jobs will be at sites across a region, and need employees to be able to get there reliably and on time.
The Atlantic

And try to spot the difference in these examples of British English:

The financial services board revoked the licence for allegedly serious transgressions.
SABC
Another 20 banks are in talks with the Bank of England about receiving a licence to launch in Britain, as the wave of new competition in the industry shows no signs of slowing down.
The Telegraph

GrammarA Guide to Personal Pronouns and How They’ve Evolved

GrammarPunctuation: Everything You Need to Know

GrammarAbstract Nouns
Writing, grammar, and communication tips for your inbox.