What Are Infinitives, and How Do You Use Them? 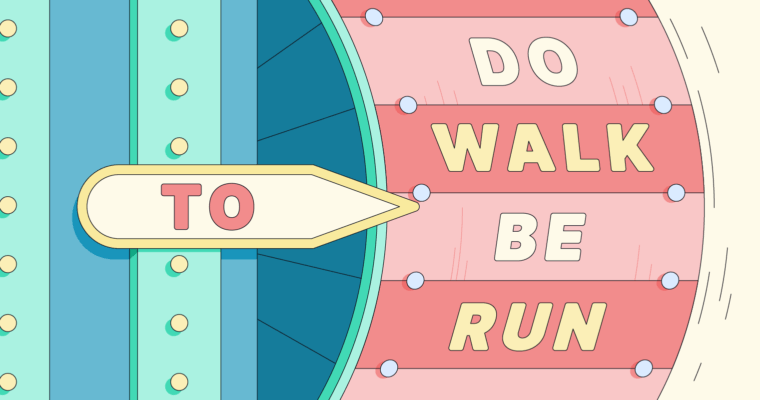 Infinitives are a special form of verbs that can be used as a noun, adjective, or adverb. They are usually made by adding the word to before the base verb, and they can be useful when discussing actions without actually doing the action, such as “I want to go home,” or “To err is human.”

The infinitive form is crucial to English and many other languages, but the grammar rules for infinitives can be tricky. In this guide, we explain all about the different types of infinitives and how to use them, including clear infinitive examples so you can see how they work.

What is an infinitive, and what is its function?

Infinitives are a form of verb that allow the word or a group of words to be used as a noun, adjective, or adverb. Every type of verb can be put into the infinitive form, even phrasal verbs.

The purpose of infinitives is to discuss an action in general instead of a specific instance of the action being done. For example, take a look at these two sentences:

I need to win.

What are the types of infinitives?

There are two main types of infinitives: full infinitives and bare infinitives. Below, we explain when and how to use each.

Full infinitives are used in the following situations:

1 To show purpose or intention

Infinitives are used to explain why someone is doing something, often replacing the phrase “in order to.” In this case, they act as adverbs to describe the main verb.

I’m writing this email to tell you something important.

Did you come to college to study or to party?

Unlike an adverbial clause, an infinitive phrase used as an adverb does not need an active verb.

Just like how full infinitives can add extra information about verbs, they can also modify the meanings of nouns. In this case, they act as adjectives and adjective phrases.

We need a hero to save us.

It was a dumb thing to say, and I regret it.

3 As the subject of a sentence

If you want to talk about an action in general as the subject of the sentence, use the full infinitive form.

To love someone requires patience and understanding.

To go this late seems pointless.

To unlearn is the highest form of learning.

Full infinitives can add context or extra description when used after adjectives.

I’m happy to be here.

Isn’t it nice to leave the city?

Computers are easy to use with practice.

5 With the words too or enough

When using the adverbs too and enough, we use the full infinitive to explain why. In these cases, the infinitive is often unnecessary, but it’s nonetheless a helpful addition if the sentence is vague.

I have too many books to fit in my backpack.

We collected enough firewood to last the winter.

They were old enough to vote but not to drink.

6 Phrases with most relative pronouns

Use the full infinitive in phrases that start with one of the relative pronouns who, whom, what, where, when, and how—but not why.

I don’t understand how to beat the Level 5 boss.

Playing cards is about knowing when to hold them and when to fold them.

Here’s a list of whom to call in an emergency.

Keep in mind that you only use full infinitives when relative pronouns are used as phrases, but not typically when used for questions:

Bare infinitives are used in the following situations:

When using an infinitive after modal verbs, you don’t need to include to. Common modal verbs include can, may, might, could, should, would, will, and must.

Iggy can do this all day.

You must not mention politics when talking to my father.

I heard the car arrive before I saw it.

They felt the ants crawl on their arm.

She watched the woman in the red dress walk across the dance floor.

These constructions are related to infinitive phrases, which we explain in detail in the final section.

3 With the verbs let, make, and do

Let me work in peace!

He made him promise to behave.

I don’t drink coffee in the evening.

4 With the relative pronoun why

While the other relative pronouns use the full infinitive form, the word why uses the bare infinitive, especially when used to make suggestions in the form of a question.

Why wear a raincoat when it’s sunny outside?

Why not ask for directions?

How do you use an infinitive?

A split infinitive is a full infinitive that contains an adverb or adverbial phrase between to and the base verb, such as to hungrily eat.

Split infinitives are a debated topic among grammatists, with some saying they should be avoided and others saying there’s nothing wrong with them. There’s no official answer on whether or not they’re correct.

In most cases, we recommend avoiding them when you can and using them only in some scenarios. In general, you can communicate more clearly when you keep related words next to each other, so if you can move the adverb after the infinitive and it still makes sense, that’s probably best.

This app helps you to quickly, easily, and conveniently work.

This app helps you to work quickly, easily, and conveniently.

However, there are two main exceptions for when split infinitives are preferable. First is when the adverb doesn’t make much sense elsewhere.

In this sentence, it’s unclear whether “carefully” relates to “read” or “translated.” By splitting the infinitive, it becomes clear that “carefully” refers to “read.”

The second exception is for emphasis. Sometimes splitting the infinitive just sounds better than the alternative. Consider the famous opening to Star Trek:

To boldly go where no one has gone before . . .

It doesn’t sound as good without the split infinitive:

To go boldly where no one has gone before . . .

Like other verbs, infinitives can also be written in the passive voice. In the passive construction, the subject of the verb becomes the receiver of the action instead of the doer.

I was hoping to be given an A on my paper.

She expected to be thrown the ball since she was open.

Both doors should be locked at night.

It would be a nightmare to be waiting outside in this storm.

You must be joking!

Because infinitives often use to, be careful confusing them with prepositional phrases. To is a common preposition, but its use in infinitives is different.

When to is used in prepositional phrases, it always takes a noun as an object.

We’re going to the pool tomorrow.

Roger confessed his love to the cashier.

When to is used in an infinitive, it’s followed by a verb. Even if the infinitive acts as a noun, it still contains the base form of a verb.

We want to swim tomorrow.

Roger tried to tell the cashier he loved her.

You can learn more about how to use to as a preposition in our previous guide on to vs. for.

Infinitives aren’t the only verb form that can be used as a noun. A gerund is a verb in the present participle form that also acts as a noun. Although sometimes infinitives and gerunds are interchangeable, on a couple occasions only one is correct.

1 Only gerunds can be the object of prepositions.

2 Some transitive and ditransitive words only use infinitives.

Refer to the list in the previous section about full infinitives so see which verbs only work with infinitives.

I swear to tell the truth. I swear telling the truth.

What is an infinitive phrase?

The students wanted the teacher to cancel class.

My parents asked me to watch my sister.

My boss told me to pay attention, but I wasn’t listening.

On the other hand, some verbs like begin do not use actors when they take an infinitive phrase.

We’re beginning to understand each other.

Moreover, some verbs use actors sometimes but not other times. For example, need can either use or not use actors.

I need to get out of here.

I need you to get me out of here.

It can get complicated, so here’s a quick list of all three types of verbs.

Verbs that use actors with infinitive phrases

Verbs that do not use actors with infinitive phrases

Verbs that may or may not use actors with infinitive phrases

What is an infinitive?

An infinitive is a form of a verb that can be used as a noun, adjective, or adverb. They’re often formed by the base verb with the word to added in front.

How do infinitives work in language?

Although the root form of an infinitive comes from a verb, within a sentence infinitives can function as a noun, adjective, or adverb. They come in handy when you want to discuss an action in general instead of a specific occurrence.

Are there different types of infinitives?

What is an example of an infinitive?

Shakespeare’s famous quote from Hamlet, “To be or not to be,” uses the infinitive to be to represent the entirety of existence.