Shundalyn Allen
Grammar
Here’s a tip: Want to make sure your writing always looks great? Grammarly can save you from misspellings, grammatical and punctuation mistakes, and other writing issues on all your favorite websites.

How to Use Et Cetera Correctly

Have you seen the musical The King and I? If so, you might remember King Mongkut’s catchphrase, “Et cetera, et cetera, et cetera.” Why did this Siamese king find the phrase so useful? You might love it as much as he did once you find out exactly how to use it.

In one scene from The King and I, King Mongkut tells his governess the rules of conduct that she will have to follow in his presence. He explains that her head should never be higher than his. She will have to sit when he sits, kneel when he kneels, “et cetera, et cetera, et cetera.” If he had not used the phrase, he might have felt the need to continue with more actions of the same class—when he lies or bends down, for example. Et cetera allows him to get the point across and move on. 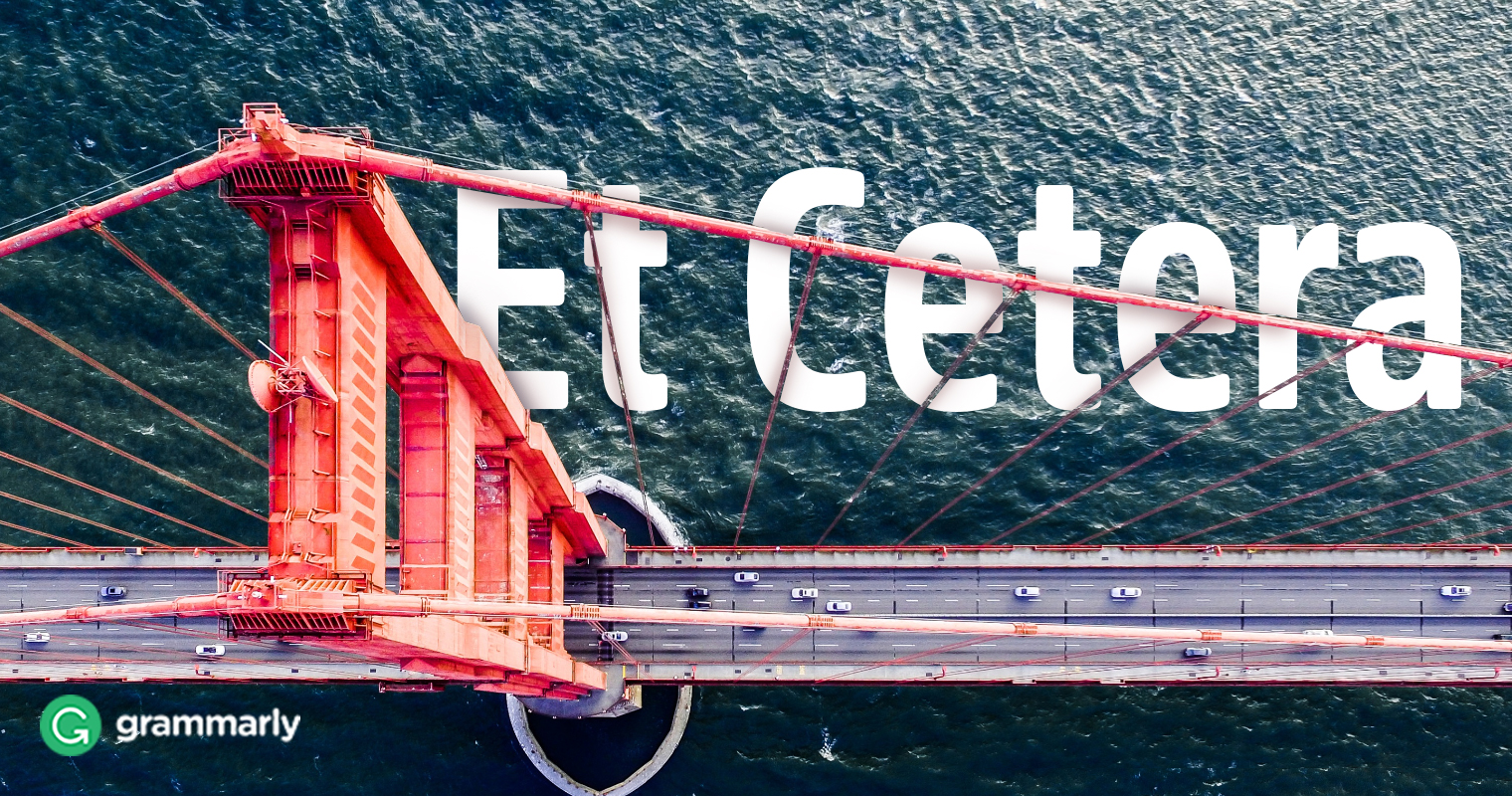 How to Use Et Cetera in a Sentence

If you are writing a research paper or any other formal work, be careful of how you use et cetera. It can be used only when unmentioned items are of the same type as the items mentioned earlier. Imagine that King Mongkut also wanted his governess to eat when he eats and clap when he claps. He could not use et cetera to indicate this after saying she should sit when he sits because those actions don’t logically belong to the same class as the others.

Allow the children to eat only healthy food—vegetables, fruits, etc. (You establish the category and then give a few examples.)
Allow the children to eat only healthy food—vegetables, cupcakes, etc. (This is incorrect because everything on the list should fall into the category of healthy food.)
The children should bring paper, pencils, scissors, etc. (You can discern the category from the examples.)
The children should bring crayons, blankets, birth certificates, etc. (The class is not clear. Unless you previously state the connection between the items and the rest of the list is easily imaginable, you can’t use etc.)

A good way to test whether etc. is appropriate is to substitute “and so on” or “and so forth.” If those synonyms make sense, you can use etc. You should never use “and et cetera.” Remember, et means “and.” “And et cetera” is redundant.

Usage note: Don’t use a comma after etc. if it is at the end of the sentence.

“Less work,” Peter offered, cheerily. “If the dog’s imaginary, I mean. Not so much grooming, feeding, et cetera.” — Meg Rosoff, Just in Case

“I love you to pieces, distraction, etc.” — J.D. Salinger, Franny and Zooey

How to Pronounce Et Cetera

When a foreign phrase becomes part of another language, speakers of that language don’t always know exactly how to pronounce it. Or they might have trouble with the foreign pronunciation. The et of et cetera has a final T sound, but some Americans substitute a K sound. This kind of mispronunciation is called assimilation. It is a mistake, but a very common one. If you are aware of it, you can avoid making the same mistake and also recognize the phrase even when you hear it mispronounced. Native speakers also extend the meaning of certain foreign phrases beyond their definition in the original language. Et cetera often appears when someone finds a list tedious or obvious. They might utter it in a tired tone or say the phrase rapidly.