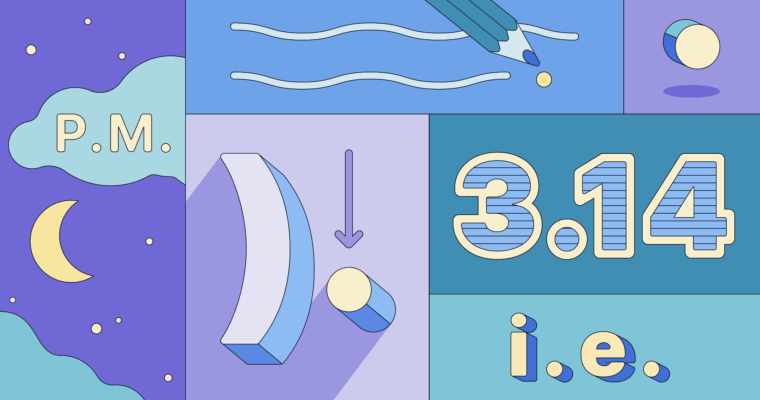 Period usage may seem easy enough, but there are a few rules that can get confusing, such as where to put periods in quotation marks or how to use them in abbreviations. In this guide, we explain everything you need to know to use periods like an expert!

Communicate clearly
Grammarly helps you write the way you intend

What is a period?

A period, also known as a “full stop” in British English, is a punctuation mark that looks like a tiny circle or dot. It appears at the bottom of a written line and directly follows the preceding character without a space.

Periods convey a definitive pause. In spoken English, a speaker will briefly stop talking in between sentences—the period represents that momentary break in written English. The pause indicated by a period is a significant one, more pronounced than the pause from other punctuation marks like a comma or semicolon.

The main use of a period is to express the end of certain sentences, but it can also be used to show shortened words or removed information. It also has unique uses in mathematics and computing, as the “dot” in “dot com.”

What does a period do?

When it comes to English grammar, a period or full stop has two main purposes: ending a sentence and indicating an omission.

The secondary purpose of a period is to indicate that some information has been removed, such as letters in a word. In particular, periods are often used in abbreviations, especially Latin abbreviations like etc., i.e., e.g., c., and et al.

Periods are also sometimes used for initials when only the first letter of a word or name is present, such as in H. G. Wells. Three periods together make a new punctuation mark called an ellipsis, which can indicate that some words or entire sentences have been omitted (we explain more about ellipses below).

When should you use periods?

Like all punctuation, periods should only be used under the right circumstances. Below, we explain precisely when to use periods in your writing.

Periods come at the end of declarative and imperative sentences. These sentences are typically simple statements, communicating information without urgency. If spoken out loud, the speaker would use a neutral or calm voice, without excessive emotion.

If, however, you want to add emotion or extra emphasis to a statement or command, you would use an exclamation mark instead of a period. Exclamation marks represent excitement, urgency, or yelling in written English. Consider the example:

Binsa wore her sister’s gown to the party.

Because a period is used, this sentence is a basic declaration. There’s nothing right or wrong about the statement; it’s just communicating a simple, if not boring, fact.

Binsa wore her sister’s gown to the party!

Because of the exclamation mark, this sentence is now an exclamation—there’s a new layer of meaning. It suggests that the speaker is outraged, excited, or otherwise alarmed about what’s going on. Maybe Binsa didn’t ask her sister before borrowing the dress!

Kendal asked what time it was.

However, if the question is stated directly, use a question mark instead of a period.

Kendal asked, “What time is it?”

The use of periods in abbreviations and initials varies from case to case, country to country, and even style guide to style guide. For example, the abbreviation for “doctor” is “Dr.” in American English and “Dr” without a period in British English.

In American English, periods are also used to abbreviate formal titles: Mr./Mrs., Dr., Lt., and Rep. to name a few. In some style guides, you would abbreviate academic degrees using periods such as B.A. for Bachelor of Arts or Ph.D. for Doctor of Philosophy.

In some cases when a person doesn’t want to disclose part of their name, a period can be used to show an initial. For example: A. A. Milne.

Despite the individual cases, there are a few uniform rules you can follow to make things easier:

There’s another rule worth mentioning as well. If a sentence ends with an abbreviation that uses a period, do not add a second period. The period in the abbreviation is sufficient.

Even so, it’s perfectly acceptable to add a comma, semicolon, or colon after a period, as long as the period is used for an abbreviation.

Leafy green vegetables such as lettuce, spinach, kale, etc., are an excellent source of nutrition.

Another common use of periods for abbreviations is with the time periods a.m. (“ante meridiem”) and p.m. (“post meridiem”). Although periods in a.m. and p.m. are technically correct, it is becoming increasingly popular to simply write am or pm without periods.

Periods were once common for acronyms as well, however, that usage is not as popular today.

Periods are used outside of grammar as well. In mathematics, many countries use periods instead of commas to separate the decimal part of a number (3.14).

Periods are also used in computing languages to separate elements, such as in URLs (grammarly.com) or file names (setup.exe).

How periods are used

Periods make more sense when you see them in action. Below, we present some examples of how periods are used in their common forms.

When periods are used with quotation marks, parenthesis, and ellipses, the rules get a little more complicated. We discuss each of these individually in the following sections.

If a sentence is either declarative or imperative, place the period directly after the final word. It’s customary to leave a single space after a period before beginning a new sentence.

English is not an easy language.

However, there are exceptions to this rule, chiefly if the sentence ends in either of the following:

In these cases, no period is necessary.

When writers get confused about periods, it’s usually because they aren’t sure where to put them in relation to other nearby punctuation, in particular quotation marks. In American English, the period goes inside the closing quotation mark at the end of a sentence.

My mother loved to remind me of the old saying “waste not, want not.”

Phillip said, “I can’t remember where I heard about the banjo concert, but I sure want to go.”

When a complete, independent sentence is entirely enclosed by parentheses, the period goes inside the closing parenthesis:

Charlie scarfed up every Cheeto that fell out of the bag. (I wasn’t fast enough to stop him.) At least we won’t have to sweep the floor.

But, if the parenthetical material is nested inside another sentence, the period should go on the outside:

Charlie barked wildly when he caught the scent of fresh bacon (his favorite).

An ellipsis (plural: ellipses) looks like three periods in a row with spaces in between them. There are two main uses for ellipses. One is to show that part of a quote has been omitted:

Hamlet asked whether it was “nobler . . . to suffer the slings and arrows of outrageous fortune or to take arms against a sea of troubles.”

In the sentence above, the words “in the mind” have been omitted from the quote. Occasionally, you might need to leave out part of a quote because it’s irrelevant or makes the quote hard to understand in the context of the sentence. The ellipsis shows that you have left something out.

You can also use an ellipsis for literary effect, to represent a dramatic pause or a thought that trails off. Sometimes, this type of ellipsis is also referred to as “suspension points.”

I guess we could meet you there later. If there’s time . . .

This usage is fine in fiction, but you should avoid it in formal writing.

What is a period symbol?

A period symbol is a punctuation mark that expresses the end of a sentence or an abbreviation. It looks like a tiny circle or dot at the bottom of a written line.

How do you use a period in a sentence?

Do periods go in quotation marks?

This article was originally written by Grammarly in 2016. It’s been updated to include new information.