How To Slide Into the DMs Without Being Creepy 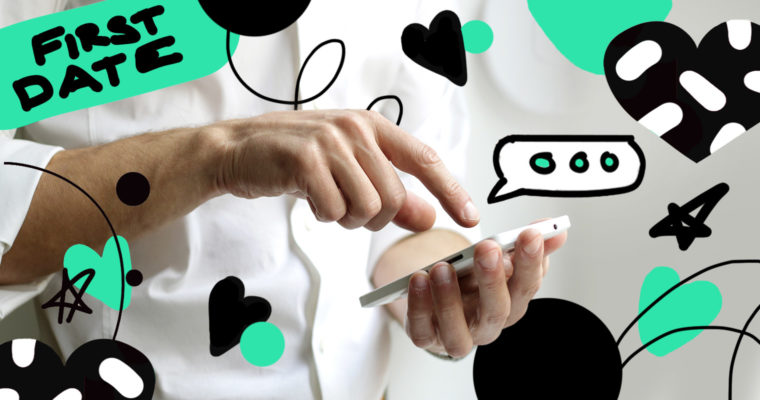 Successfully navigating social media can be like walking through a field of landmines. Whether you’re on a dating app or you’re trying to work up the courage to message your crush on Instagram, there are so many pitfalls that even the most experienced, well-intentioned writer can fall into from time to time. And when it comes to DMing someone you’re into, those mistakes can mean coming off as creepy, and maybe even getting blocked.

To help you avoid those mistakes, here’s what you need to know to strike up a conversation with a love interest on social media—the right way:

Be thoughtful and creative

Unless you’re texting your best friend or some other close acquaintance, a lone generic salutation—like “hi”—probably isn’t going to cut it. When there’s no shared history to draw from, creativity and thoughtfulness are a necessity. This is where all of that public information that social media creates comes in handy.

You can mention things you know the other person is interested in based on their bio and photos. And asking questions is also a good idea since there’s a clear CTA. (But steer clear of yes or no questions, since those can ruin any conversational rhythm.) Take the time to phrase your intro message in an unexpected way, or bring up something surprising or entertaining. Try to balance tailoring it to their persona and making sure that it reflects your personality. If you feel like there could be something there, it’s worth the effort.

But there’s a fine line between thoughtful and creepy. So don’t mention anything that’s buried far down in their feed.

If you’ve been on dating apps for more than a day, you probably know that many people will say things like, “please know the difference between your and you’re.” When you’re starting a conversation with someone new, it’s important to follow their lead, to let their style guide the conversation. In this context, that means avoiding (or at least delaying) potentially irksome internet language like:

Spelling and grammar can have a big impact on a first impression, so don’t underestimate them. (And yes, capitalization counts, too.)

Be aware of the medium and the message

Social media is more than text: Emojis, GIFs, memes, stickers, photos, filters, quizzes, polls . . . There’s an entire arsenal of tools at your disposal, so use them wisely and think about the messages they send. They could be the boost you need to craft a thoughtful and creative message—or, used incorrectly, they could make the recipient cringe. A selfie, for example, might make sense after you’ve established a bit of a relationship, but sending one right away might come off as narcissistic.

It’s also important to keep in mind that while DMs are private, they don’t happen in a vacuum. There are other layers of context—like your profile and photos—that will also play a role in your conversation. Make sure that your profile is public and that it’s up to date and sends the right message. The same goes for dating app profiles which, while notoriously lengthy, may be the recipient’s first stop once you DM them. So be sure to fill out enough of it to give a clear picture of who you are and what you’re looking for in a partner.

Maybe you’re physically attracted to this person—that’s perfectly fine. But starting out with a message that focuses on that aspect alone is like saying that’s all you care about. It may not be, but since there’s no guarantee that the conversation will move forward beyond the first message, that would be the impression you’d leave.

Superficiality isn’t just unstable ground to start a new relationship on, it’s also unlikely to get a reply. An analysis of OkCupid data found that words like “hot,” “beautiful,” and “sexy” were far less likely to garner a reply than general compliments like “awesome” or “fascinating.”

So instead, try to focus on the other things that matter to you, the things that made you want to reach out and start a conversation. Common ground can go a long way, and it’s much more likely to get a response.

Know the rules of engagement

Respect and consent are sometimes considered to be the gold standard for any relationship—but really they should be the bare minimum. So any potential partnering should start there. That means behaving in a way that the proverbial every-mom could appreciate, and accepting some potentially hard truths, like:

Essentially: Be a normal, respectful human being. And remember that it isn’t about winning, it’s about making a genuine connection with another person.