Which Is Correct: “Wintry” or “Wintery”? 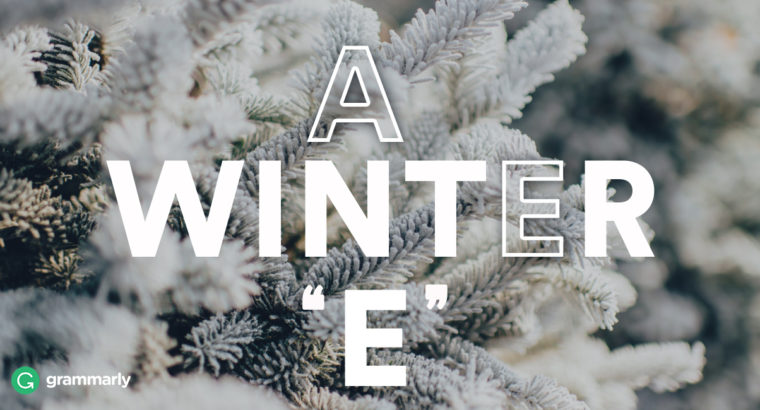 “Wintry” is an adjective we use to describe something that relates to winter or is chilly or frigid. “Wintery” is another way to spell “wintry,” but even though it’s not incorrect, it’s far less common than “wintry.”

If you’re a Game of Thrones fan—and really, who isn’t?—you have probably heard the news that winter has come. In the fictional continent of Westeros, winters last for years, and this time around it will bring a horde of wights and the Others, and they’re not something you’d like to see on your front lawn come December. But then again, you won’t—because back in the real world, winters last for three months, with a really long one happening every few millennia. The closest you can get to seeing wights and Others is when you see people who’ve spent too much time outside during heavy snow and look sort of like moving snowmen. Not the nicest of looks, but it is very seasonal. You might describe it as wintry. Or wintery. Or even winterly.

Wintry, wintery, and winterly are three adjectives that mean the same thing—that someone or something is characteristic of winter, or has something to do with cold weather. It’s obvious all of these adjectives were formed using the same root word—winter. The word winter is a very old word—it existed in the same shape in Old English, even though its plural sounded a bit differently back then—wintru. There’s a theory that the word winter is related to the proto-Indo-European word wend-, which has a root in wed-, which meant “wet” and “water.” That makes sense, with winter being the wettest season of the year.

But let’s get back to our trio of frigid words. You can use all three of them as much as you’d like, but you should know that wintry is the most commonly used of the three, with wintery usually being cited as an alternative spelling of it. Winterly carries the same meaning, but is probably the least used adjective of the lot.

This development in the story means that all the sunny filming locations for the new series (Croatia, Spain, Morocco, Malta) need to look relatively wintry, so production in these locations would need to take place later than normal. —NME

The most powerful June cold front to move across south-eastern Australia in three years will chill coastal cities but turn alpine resorts into wintry idylls. —The Sydney Morning Herald

Cold, wintry weather is set to continue for most of this week—but next weekend could finally feel like spring again, forecasts have said. —The Telegraph

Put that sister . . . on a journey through a wintery landscape to find herself. —Bustle

Meanwhile, Adam also went with a relaxed look and didn’t appear to be bothered by the wintery weather. —The Daily Mail

Again there will be more rain coming in which might turn into winterly showers. —The Independent

The brunette stunner looked chic and stylish in a divine outfit fit for the winterly January weather. —The Daily Mirror

In fact, this winterly disaster is so phenomenal that there have been several movies that featured avalanches. —Screen Junkies