What Is the Singular They, and Why Should I Use It? 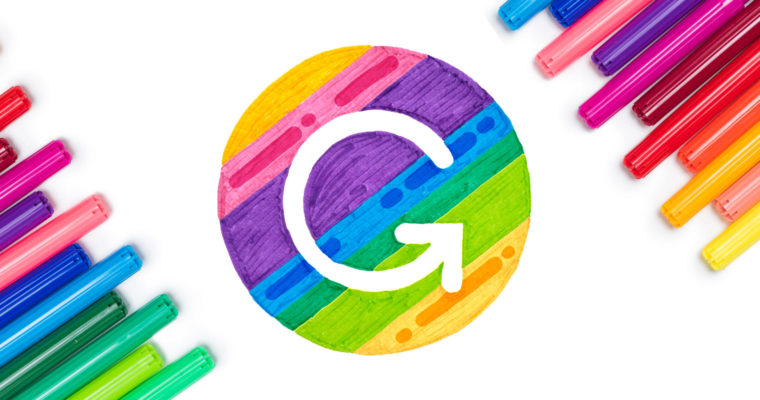 Is “they” singular or plural? The answer is both. As of 2019, most big style guides—including the Associated Press, the Chicago Manual of Style, the MLA style manual, and the APA style manual—accept the usage of the singular they. Whether they approve of it as an indefinite singular pronoun, a specific person’s preferred pronoun, or both, all of these manuals concede that using they as a singular pronoun has a place in our modern world. Merriam-Webster even designated the singular “they” as their 2019 Word of the Year and introduced the gender-neutral honorific Mx. to their unabridged dictionary, forever ending the question of what to call someone whose gender is nonbinary (i.e., not male or female).

When Grammarly has the choice between digging in its heels on a language rule or adapting along with language, it adapts. So, let’s talk about they in particular and gender-neutral pronouns as a whole, and why they’re important to binary and nonbinary folks alike.

Gender: A set of cultural identities, expressions, and roles—traditionally categorized as feminine or masculine—that are assigned to people based on the interpretation of their bodies, and more specifically, their sexual and reproductive anatomy. Since gender is a social construction, it is possible for people to reject or modify the assignments given to them and develop something that feels truer and more just to themselves.

Gender binary: A socially constructed system of viewing gender as male or female, in which no other possibilities for gender are believed to exist. The gender binary does not take into account the diversity of gender identities and gender expressions among all people, and is oppressive to anyone who does not conform to dominant societal gender norms. Nonbinary: Adjective describing a person who identifies as neither male nor female.

Of course, these three terms are just the beginning of a discussion about gender, but for the purposes of talking about gender-neutral or third-gender pronouns, they’re a great start. If you have more questions about gender or sexuality, consult GLSEN’s resources on the subject.

Can “They” Be Singular? English Evolves!

One of the great lies about the English language is that it remains static. Grammar pedants and trolls generally operate under a series of assumptions about language, which may or may not reflect current usage and accepted norms. In the linguistics community, there is a term for this view of language: prescriptivism.

Unfortunately for prescriptivists, English is constantly changing—and always has been. Some words that grammar pedants scoff at as obnoxious neologisms were in fact coined as long ago as the nineteenth century. Take “dude” for example. Reviled by grammar trolls the world over, this term has provoked the ire of multiple generations of fuddy-duddies. But did you know that it has its roots in late nineteenth-century British dandyism? Although the term originally described a cultural trend in England, it eventually came to mean “clueless city-dweller” to American cowboys and ranchers (as Mental Floss notes, this is also the origin of the “dude ranch”). However, by WWI, “dude” had flip-flopped again to its current meaning—a cool guy.

Even if we adhere to certain rules to make communication easier for people across regions, dialects, and levels of writing proficiency, the language will eventually evolve. The singular they is simply another way English is changing for the shorter, the more empathetic, and the better. As we’ve mentioned before, the singular they is not even a new phenomenon. Merriam-Webster includes usage examples of the singular they dating back to Shakespeare, with notable additions from the likes of Jane Austen and even the traditionalist W. H. Auden. The singular they is nothing new, but in making our language more inclusive of people of a myriad of genders, this simple word is becoming more and more important.

According to a 2015 GLSEN study, more than two-thirds of lesbian, gay, bisexual, transgender, and queer students hear homophobic remarks at school frequently or often. Of these students, 40.5 percent reported hearing harassing remarks specifically targeting transgender students frequently or often. For transgender, genderqueer, genderfluid, and other nonbinary students, this can have extreme consequences, from lower GPAs to missed classes to suicide.

Clearly, language matters, and it’s especially important to people whose gender does not match cultural assumptions. That’s why we support and respect the use of whichever personal gender pronouns a person or group may choose to describe themselves.

What’s a personal gender pronoun, you ask? GLSEN defines personal gender pronouns (PGPs for short) as “The pronoun or set of pronouns that a person would like to be called by when their proper name is not being used.” For people who identify as male or female, this is generally he or she, but trans, nonbinary, or gender non-conforming folks may use a variety of pronouns. They could use the singular gender-neutral “they,” but they could also use one of these options: 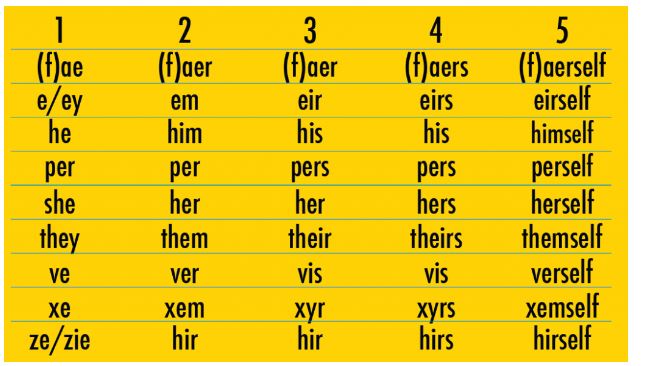 Although we won’t touch on all the pronoun options listed here, you can see that there are many. So how do you know which one to use? Ask! Asking someone their personal gender pronoun is easy. Just say something like “What pronouns do you use?” or “Is this pronoun right for you?” Most people will be happy to inform or correct you, especially when you ask them early on in your relationship.

Since we’re focusing on the singular gender-neutral they here, it’s important to note that many people at different points of the gender spectrum use “they.” When you’re using it in a sentence, you can say something like this: “They are a talented artist. I really enjoyed their painting of a flower in art class yesterday.”

But Wait, Singular “They” Is Useful for Everyone!

Now that we’ve talked briefly about how to use they for people who have chosen it as their PGP, let’s talk about how it can help people who identify as he or she. Merriam-Webster sums up the situation well in their usage note for they:

They, their, them, themselves: English lacks a common-gender third-person singular pronoun that can be used to refer to indefinite pronouns (as everyone, anyone, someone).

Although English has many great qualities, it’s never been great with indefinite pronouns. Traditionally, he was the default pronoun for a person whose gender you didn’t know, as in this quote from Thomas Huxley:

“Suppose the life and fortune of every one of us would depend on his winning or losing a game of chess.”—Thomas Huxley

But, as many have pointed out, gendering all unknown people as male is sexist and inaccurate. That’s why Merriam-Webster, the Oxford English Dictionary, and the American Heritage Dictionary have recently added notes supporting the use of the singular they for a person whose gender you don’t know. “Despite the apparent grammatical disagreement between a singular antecedent like someone and the plural pronoun them, the construction is so widespread both in print and in speech that it often passes unnoticed,” says the American Heritage Dictionary, in their usage note on the subject.

Admittedly, using the singular they in a formal context may still cause some raised eyebrows, so be careful if you’re submitting a paper to a particularly traditional teacher or professor. But the tides are turning, and English will soon be more efficient because of usages like this:

If Sally or George got a cold, I would have sympathy for them.

Note that, if we did not use the singular they, that sentence would read:

If Sally or George got a cold, I would have sympathy for him.

Or, if we tried to make some awkward amalgam of current language norms, we might write:

If Sally or George got a cold, I would have sympathy for him or her.

Furthermore, if Sally or George identified as a gender other than male or female, even the above Frankenstein-ed sentence would be incorrect. After all, your name does not determine your gender or your preferred gender pronouns.

Luckily, using the singular they makes English a more efficient language, and it helps us to avoid awkward sentence constructions. More importantly, it allows you to avoid making assumptions about the gender of a person you don’t know.

Of course, not everyone will agree that it’s time to formally accept the singular gender-neutral they. People who would use they as their preferred gender pronoun have long been the subjects of harassment and discrimination, although things are changing. Grammarly supports the individual choice of pronouns and the visibility of all gender expressions and sexualities.

What has been your experience with personal gender pronouns?