You think, therefore you exist. Or, do you think, therefor you exist? There’s more going on here than a casual omission of the most frequently used letter in the English language. Therefore is the word you’re familiar with, but therefor is also a word in its own right, with a meaning, usage rules, and everything else.

Let’s start with the more common of these two adverbs—therefore. When you say you think, therefore you are, you’re acknowledging that your belief in your own existence is in some way a consequence of your ability to think. That’s what therefore does—it shows that something happens because of something else. Just think about some of the synonyms for therefore—”hence,” “consequently,” and “thus.”

Because the adverb therefore often plays the role of a conjunction, it’s sometimes called a conjunctive adverb. 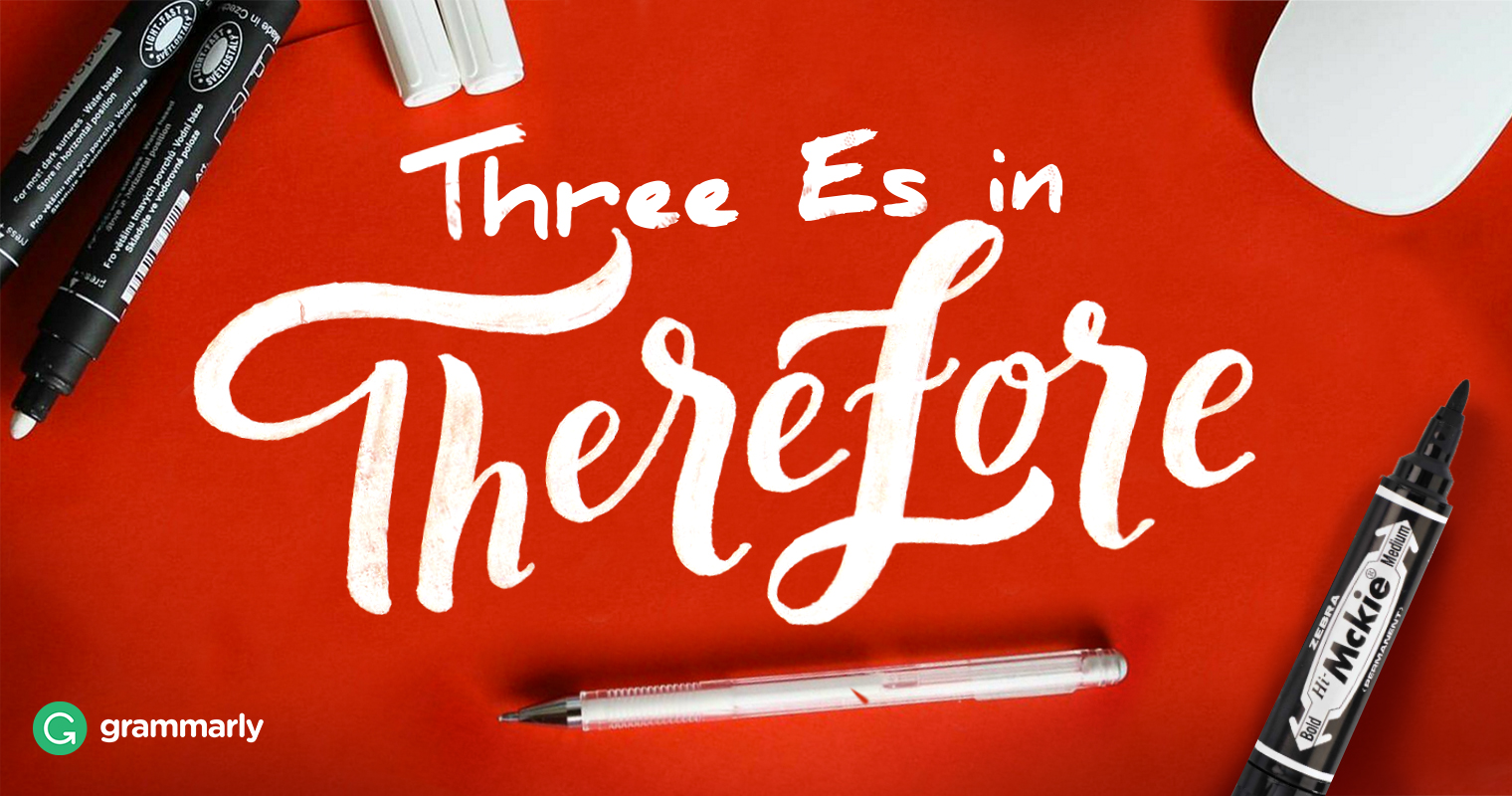 You’re less likely to encounter therefor on the web or in your everyday readings. However, if your study or work involves reading a lot of legal documents, you’re probably familiar with the word already and know that it’s not a misspelling or an alternative spelling of therefore.

Therefor means “for it,” or “for that.” It’s one of those words like “therein,” “thereafter,” and “thereof” that you rarely use in everyday speech but should be aware of. If you’d like to use therefor in a sentence, you would do it like this:

I took back the dress I bought, and the shop gave me a reimbursement therefor.

As you can see, therefore and therefor don’t mean the same thing. They’re also used in a different way—the longer word is, as we mentioned, very often used as a conjunctive adverb; the shorter word isn’t. If that’s not enough of a difference for you, remember that you can always try substituting synonyms to see which one should have a place in the sentence you’re writing.

Punctuation: How to Use Therefore in a Sentence

Therefore is a conjunctive adverb—the same type of adverb as “however,” “finally,” or “then.” If you want to know how to use it correctly in a sentence, you need to know a couple of things about what conjunctions do and how they influence the punctuation used with them. Sometimes, you can have a sentence made up of two independent clauses—two parts of a sentence that can stand independently from each other as complete sentences. Independent clauses are usually joined together by a conjunction, and we call that kind of conjunction a coordinating conjunction.

Paul wasn’t a fan of loud music; therefore, he always tried to find a quiet spot in the house to read.

Examples of Therefore in a Sentence

Therefore, they reasoned during that stiflingly hot Philadelphia summer (not unlike this one), there must be limits on all grants of government power…
Newsweek
The idea—central to “Stranger Things”—that the unnatural is weirder, more widespread, and therefore scarier than the state of nature dates back at least to 1927, when H. P. Lovecraft published a short story called “The Colour Out of Space.”
The New Yorker
The answer, therefore, is CAROL.
The New York Times