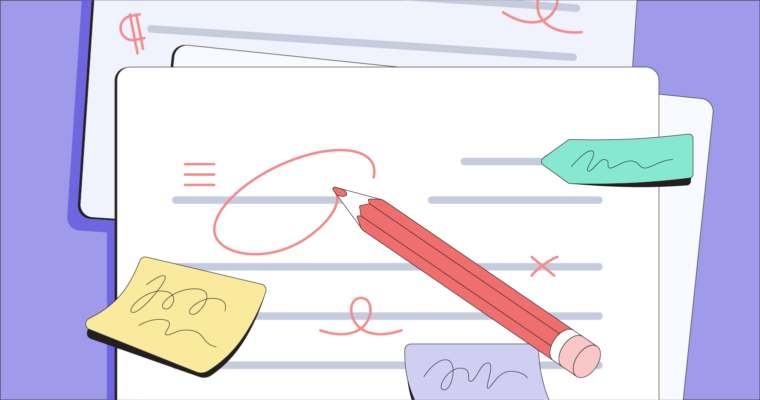 Do you think F. Scott Fitzgerald just sat down one day and then—boom!—Gatsby? Fitzgerald was a confirmed user of rough drafts, which means before there was The Great Gatsby, there was The Good Gatsby and The Just OK Gatsby.

Because Fitzgerald invested in an unremarkable first draft, his final draft was able to reach legendary heights. So what’s the secret to writing a rough draft like Fitzgerald? There’s no secret, really—it’s just about knowing what a rough draft is supposed to do, and learning the best ways to write one that supports your final work.

Here’s a tip: Want to make sure your writing shines? Grammarly can
check your spelling and save you from grammar and punctuation mistakes. It even proofreads your text, so your work is extra polished wherever you write.
Your writing, at its best
Grammarly helps you communicate confidently

What is a rough draft?

A rough draft or first draft (or, according to my second-grade teacher, a “sloppy copy”) is an initial, incomplete piece of writing that is the first attempt at getting all your ideas on paper. It acts as the framework for the final version. A rough draft is never intended to be perfect; it’s full of grammatical mistakes, poor word choices, and structural issues. The idea is to get a large portion of your project actually written, and worry about fixing the problems later.

The rough draft is part of the recommended writing process, step three of five to be exact. Often, it’s the longest and most effortful phase, involving most of the actual “writing.”

What’s the purpose of a rough draft?

Writing is difficult. Even if you have a talent for putting words together, you’re not immune to the concerns that beset any writer, such as deadline dread, creative blocks, or any number of personal insecurities. When embraced with the right mindset, the rough draft helps cut through these obstacles by taking the pressure off. Remind yourself: It doesn’t have to be good, it just has to be.

The ultimate goals of your rough draft are to get your ideas down and give yourself something to start with. Finding the perfect word and arranging elements in the best order are much easier after you have a first draft, whereas they can be quite troublesome and time-consuming without one.

A rough draft also helps you identify problematic areas you can’t see with outlining and brainstorming alone. Certain flaws like organizational issues or plot holes aren’t evident until after you see them laid out in writing.

What to include in a rough draft?

A rough draft is essentially a raw version of the complete assignment. So, everything you’d include in the final draft should go into the first draft. Of course, the rough draft is only for the writer, so no one will stop you if you need to skip some sections or gloss over others—but you’ll have to address any shortcuts leading up to the final draft.

Specifically, let’s answer two frequently asked questions about what to include in a rough draft:

How long should a rough draft be?

A rough draft should be about as long as the final version. Many writers tend to overwrite their first drafts. This can actually work in your favor, giving you more usable material to choose from. Throughout the editing process, keep in mind that what you ultimately keep should contain the best parts of that rough draft.

Does a rough draft need citations?

We recommend it. It’s useful to have all the material you need for your final draft already in your first draft, including citations, so you can gauge the piece as a whole.

How to write a rough draft

For starters, your first draft is not the first step. Beginning with the brainstorming process is crucial for eliciting and organizing all the content you want to put in your writing, whether it’s creative ideas for fiction or supporting evidence for nonfiction. You’ll come up with new ideas while writing the rough draft, but it’s always best to stockpile as many as you can beforehand.

After brainstorming comes the outlining phase, which is essential for structuring your content and putting everything in a logical order. You can think of your outline as the rough draft for your rough draft—a blueprint of where everything goes.

With those out of the way, you can begin your first draft with confidence. The most important tip for writing rough drafts is to give yourself permission to write imperfectly. As we’ve said, the goal of a rough draft is to get all your ideas down, not to write everything perfectly on your first try.

This is because if you’re focusing on finding the right word or making sure your grammar is correct, it means you’re not focusing on the big picture. Finessing the technical, finer points of writing like word choice and grammar are easier after the first draft, so compartmentalize and save them for later.

Instead of nitpicking, just focus on solidifying your raw ideas. Follow your outline as best you can, but also keep an open mind for new ideas—writing the first draft can be full of inspiration!

After the rough draft: Next steps

After the first draft, you’re ready to revise. Just like you learned how to write a rough draft, you should follow the best practices for how to edit as well. The editing phase is when you finally take care of all the issues you let slide while writing the rough draft.

Once that’s finished, the last step is proofreading, where you fix all the grammar and spelling mistakes and give it a final lookover. After proofreading, that’s it! Enjoy how your once-rough writing looks after a sparkling polish!