What Does Quid Pro Quo Mean? 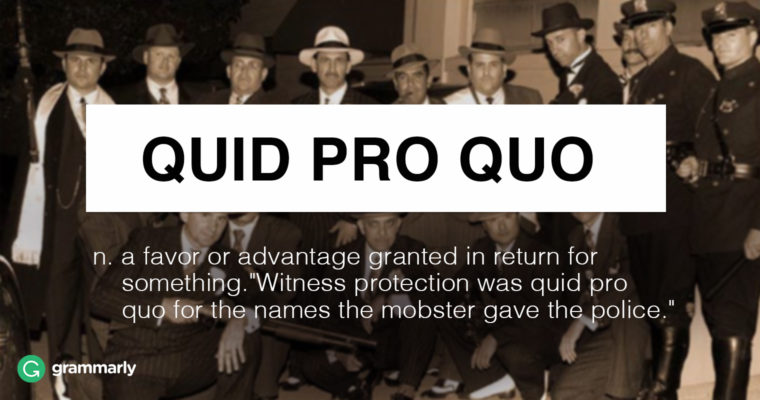 If you’re a fan of police or legal procedural TV shows, you’ve probably noticed how suspects in these shows are sometimes offered a reduced sentence or a more lenient treatment in return for information or a confession. That’s a quid pro quo—a situation in which someone does something in exchange for something else. The phrase quid pro quo is commonly used in the legal system, but also in the financial industry, or in politics. So pretty much anywhere exchanges happen.

What Does Quid Pro Quo Mean?

Quid pro quo is a Latin phrase that literally means “something for something,” or “this for that.” We use the phrase to signify an exchange of goods, services, favors, or any other kind of value. When we’re talking about multiple exchanges, we can say quid pro quos. 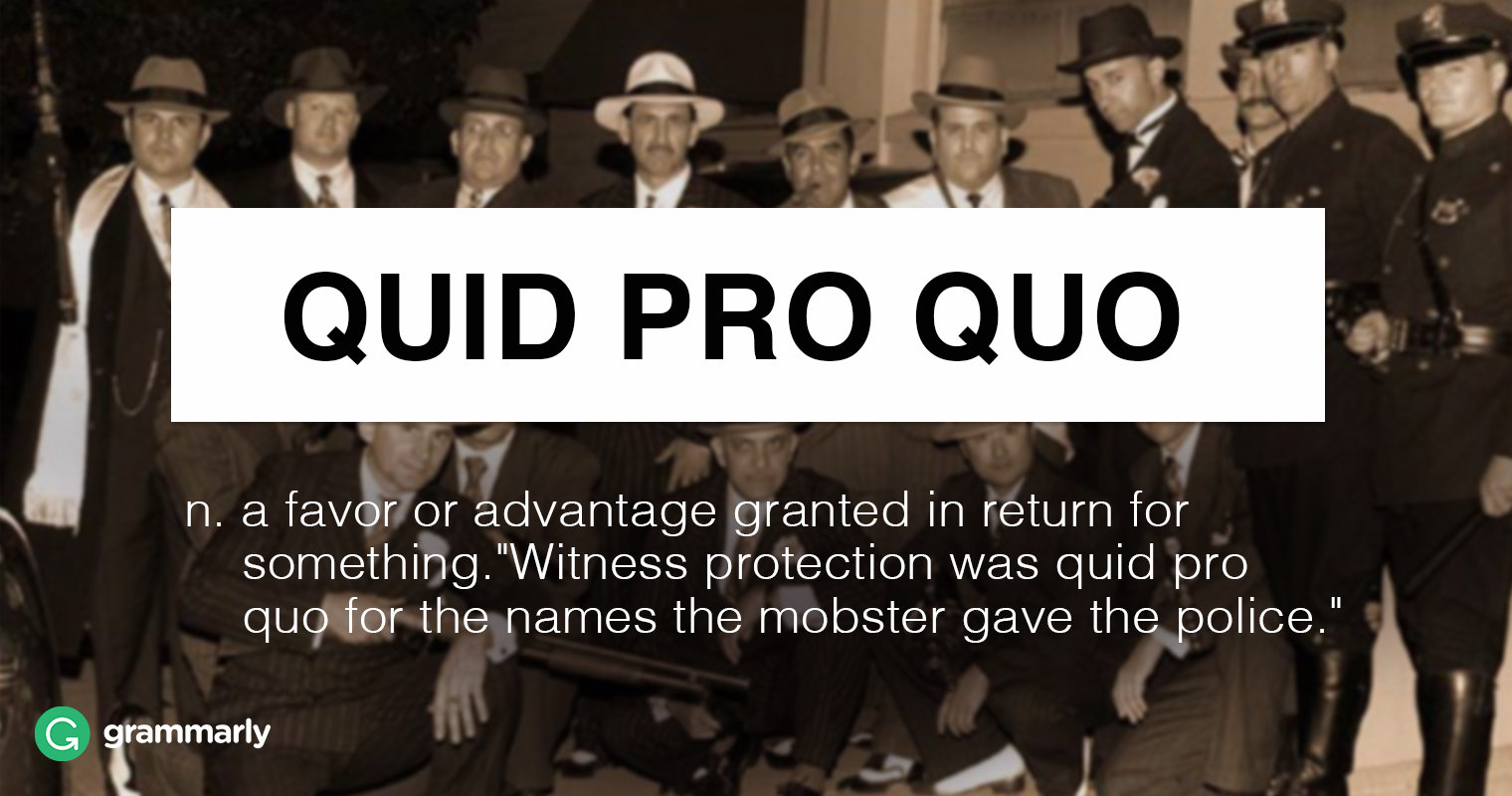 Originally, the phrase quid pro quo was used in a medical context, where it meant substituting one medicine for another. People who lived in the first half of the sixteenth century would go to an apothecary to get the medicine they needed, but if it wasn’t available they would get a quid pro quo—a substitute. Over time, the meaning of the phrase was expanded to include all types of exchanges.

How to Use Quid Pro Quo

Quid pro quo is treated as a noun in English, so you can use it and modify it as you would any other noun. You can also use it to modify other nouns. The main thing to remember if you want to use quid pro quo correctly is that it means an exchange or a trade.

On the other hand, if you want to say that you’ve done something without the expectation of getting something in return, you can say that it wasn’t a quid pro quo. Politicians often say things like that when they want to say that their actions were not influenced by the motive of personal gain.

The phrase “tit for tat” is similar to quid pro quo, but with a slightly darker meaning. “Tit for tat” signifies an exchange, but usually in retaliation for something that’s been inflicted upon one of the parties. So if someone insults or hurts you, and you insult or hurt them back, that’s tit for tat.

Although with serfdom there was actually a quid pro quo: the lord defended the serf in return; that’s how the institution arose. —Forbes

The problem is that so far, quid pro quo is understood by the law as taking place basically only if one party explicitly ties its donations and gifts to a specific return. —The Huffington Post

On the Democratic side, there’s the display of the luxury of super donors whose money creates a quid pro quo relationship with the potential president. —Los Angeles Times