Words with shared roots often end up with similar meanings in modern use. Principle and principal are two such words. Both of them entered English through Old French. Both have Latin roots—principium, which means “source” is the root of principle, and principalis, Latin for “first,” is the root of principal. If we were to dig a little bit deeper, we would see that the Latin roots can be traced to the same word—princeps, princip, which means “first”, or “chief.” Principle and principal are also pronounced the same way (PRIN-suh-pul), but that only adds to the confusion because the two words have different meanings. 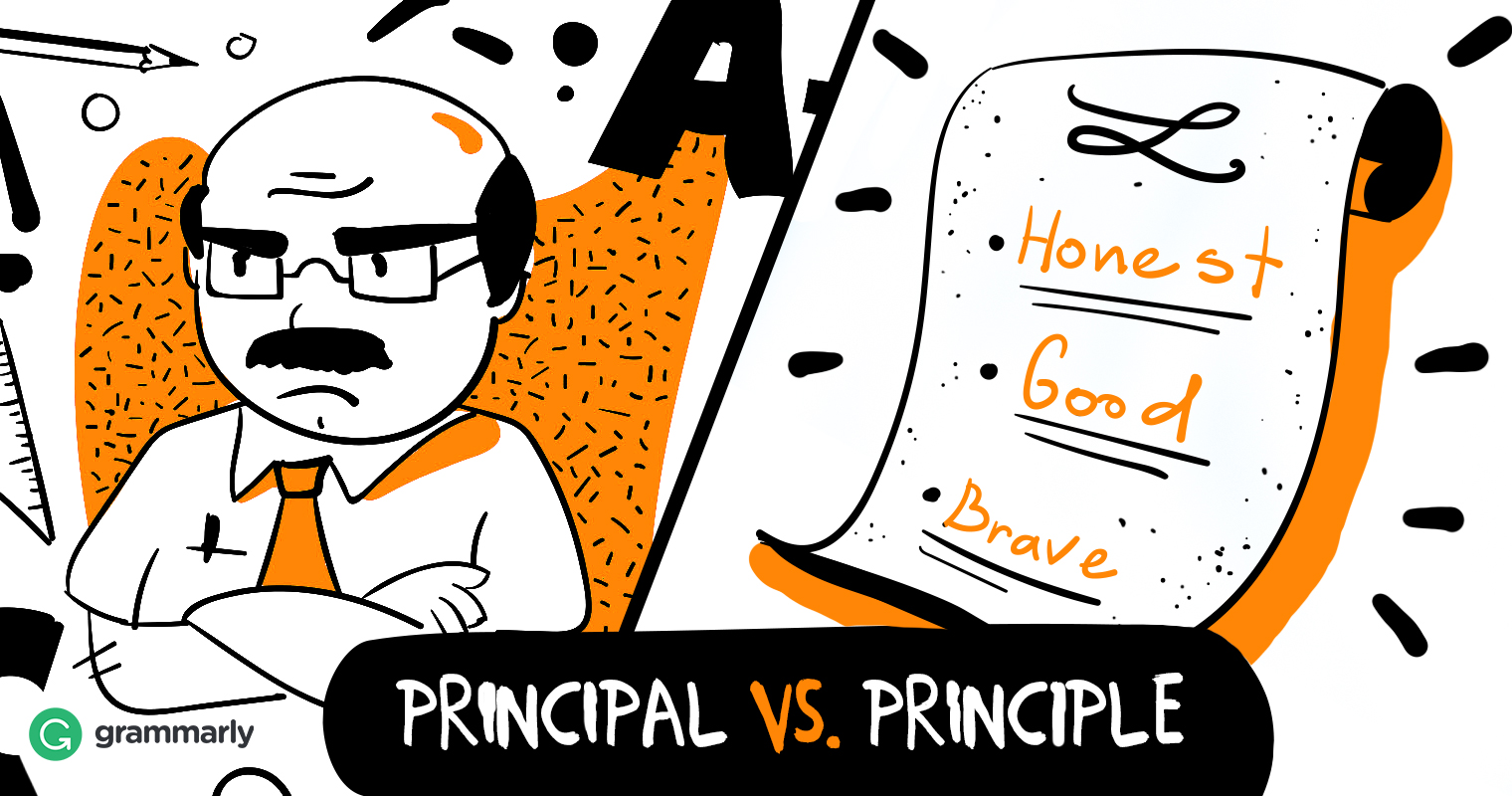 Principle is a word that’s always used as a noun, and it has a couple of meanings:

A fundamental truth upon which systems of beliefs and morals are formed:

I have been a selfish being all my life, in practice, though not in principle. As a child I was taught what was right, but I was not taught to correct my temper. I was given good principles, but left to follow them in pride and conceit. —Jane Austen, Pride and Prejudice

A guiding rule that explains how something works:

When we asked Bill Nye the Science Guy if he thinks we are living in a computer-generated simulation, he turned to some basic scientific principles to justify his answer. —Big Think

The program consists of a year of monthly classroom-style lectures and workshops that put to use legal skills and enhance attorneys’ business principles. —The Charlotte Observer

A scientific rule or law:

The first in order of importance:

The company pointed me to the words of Andrew Chatham, a principal engineer. —CNet

The originally invested amount of money:

Hit hard by the retrospective tax, Cairn Energy Plc of the UK has offered to pay 15 per cent of the Rs 10,247-crore principal amount in return for the government lifting its freeze on the 9.8 per cent shares it holds in its erstwhile subsidiary, Cairn India. —Business Standard

When used as a noun, principal also has a couple of meanings.

The head of an educational institution:

The principal of the troubled Boys and Girls High School in Brooklyn said on Thursday that he is leaving the post. —The Wall Street Journal

The most important or highest ranked members of a troupe, a ballet company, or the headliners of an event:

With this year’s “Nutcracker,” Alexander says, the school hopes to “encourage our students that you don’t need to be 27 or the principal of a company to do those (second-act) roles. —Chicago Tribune