What Does Presumptuous Mean?

When you say someone is presumptuous, you mean that the person is overconfident and is acting rudely or inappropriately. A presumptuous person takes liberties. Wandering into the kitchen at the home of an acquaintance and helping yourself to the contents of their refrigerator, for instance, would be presumptuous.

It was presumptuous of you to interrupt the best man’s speech at the wedding.
Dan’s presumptuous colleague invited himself to Dan’s lunch with the client. 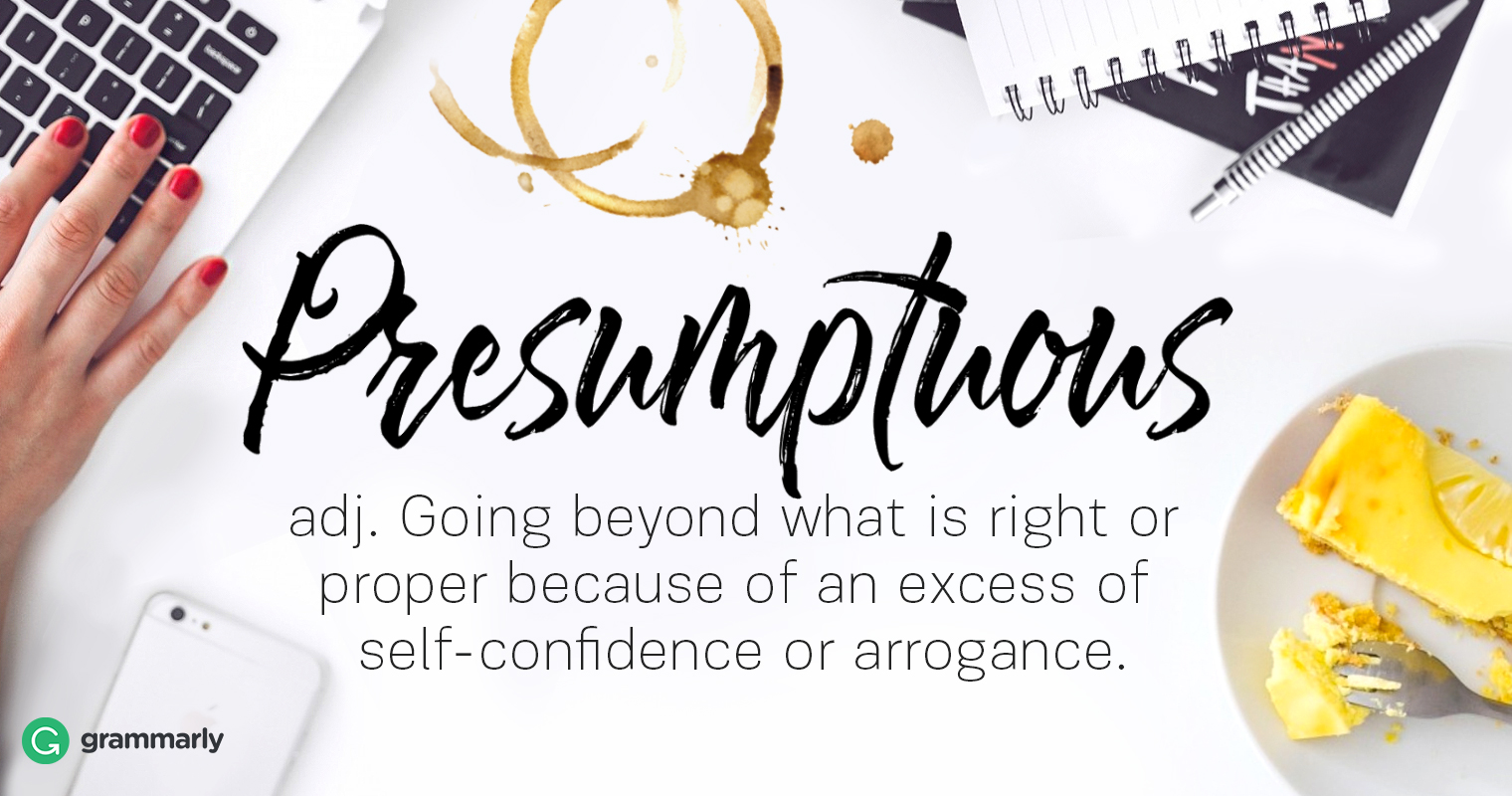 What are the other ways you can say that someone is being presumptuous? Well, people who are presumptuous are commonly seen as rude or smug, so those two might be good synonyms. But you can also say they’re being too forward, pushy, or even pretentious. Arrogance and overconfidence go hand in hand with presumptuousness, so they too should be added to the list of synonyms.

Presumptive and presumptuous sort of sound alike because they have the same root word, and they are both adjectives. But they don’t mean the same thing. You know by now that presumptuous means taking liberties. But if something is presumptive, it means that it is probable or expected:

Everyone became quiet when Marissa, the presumptive successor to the current CEO, entered the room.

In this sentence, presumptive is synonymous with “probable.” But if we changed presumptive to presumptuous, we wouldn’t characterize Marissa as the possible future CEO—we would say that she’s a future CEO who is rude and overconfident.