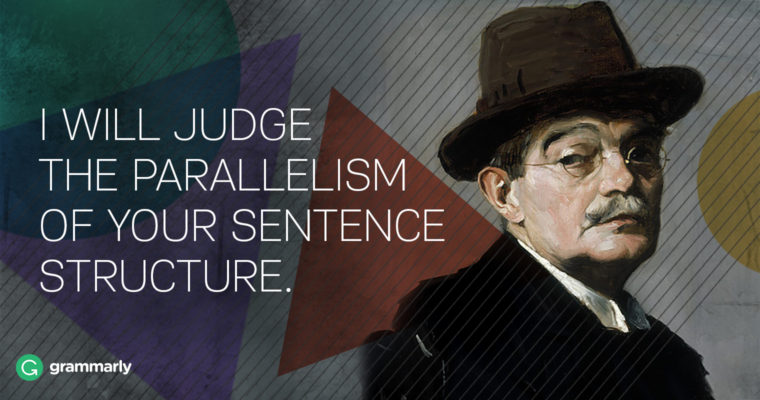 Parallel sentence elements in grammar are just like parallel lines in geometry: they face the same direction and never meet.

More precisely, in grammar, it’s less about meeting and more about balance. Parallelism in grammar is defined as two or more phrases or clauses in a sentence that have the same grammatical structure. 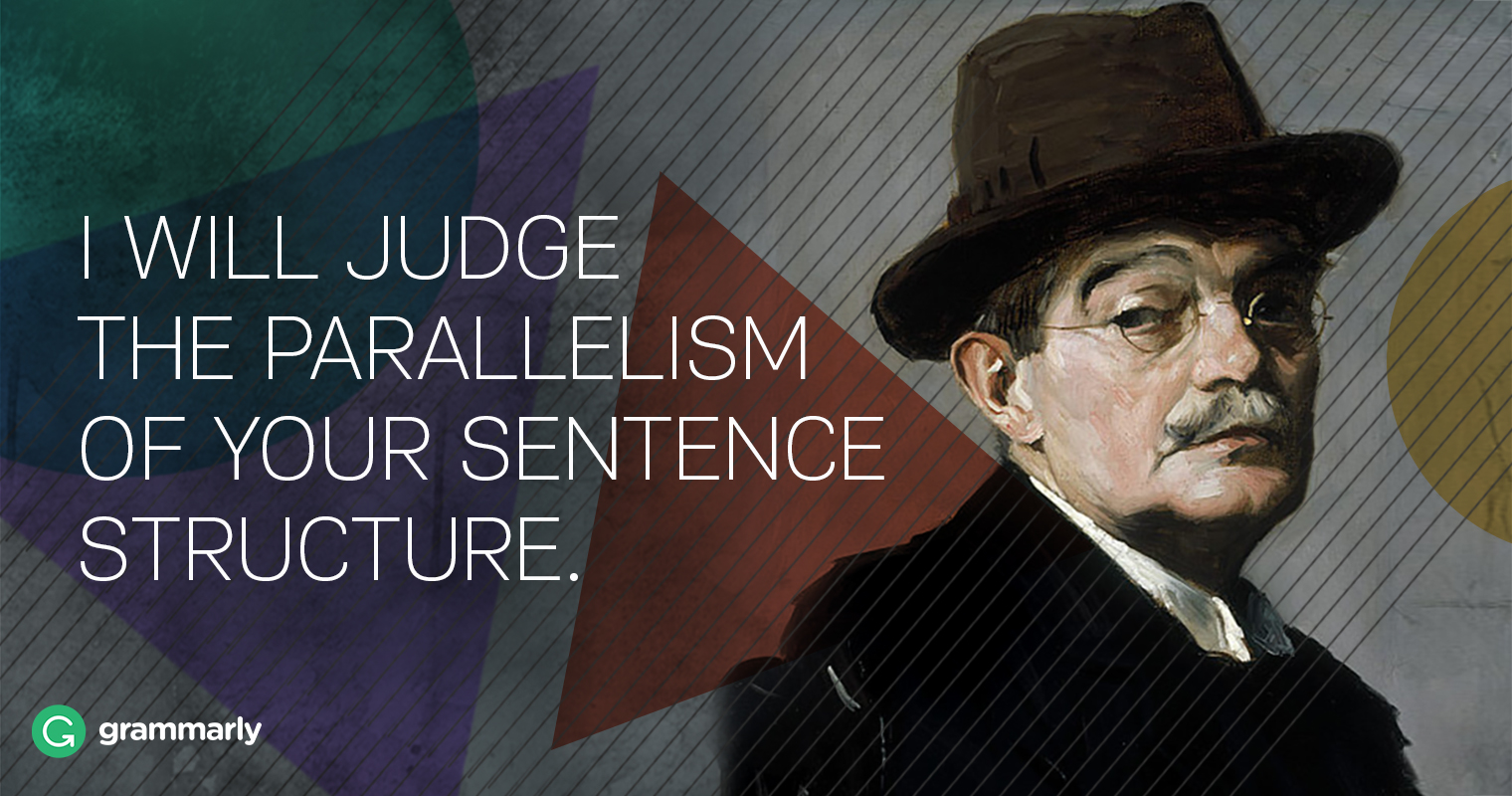 A sentence with parallel construction makes your writing effective, classy, and certain to impress anyone who reads your stuff.

Here’s a handy trick for testing parallelism: rewrite the sentence for each element that should be parallel. For example:

Effective, classy, and certain are all adjectives. Even though “certain to impress anyone who reads your stuff” is a mouthful compared to the other two, each sentence element is the same part of speech. That makes the sentence balanced, and therefore, parallel.

Lack of parallelism can happen in a lot of ways, but the mistake is usually clear enough to make you wince when you hear it. Read on for the most common parallelism problems you’ll encounter—and how to avoid them.

In this sentence, practicing and competing are gerunds (verbs functioning as nouns) and “to eat” is an infinitive. It sounds pretty awkward—just like being an athlete with a sweet tooth.

For dinner we like lamb chops and to fry brussel sprouts.

Lamb chops is a noun. Brussel sprouts is a noun too, but to fry is a verb. Tsk tsk.

Public transit such as buses or a train can help reduce air pollution.

Multiple buses, one train? That’s not going to solve any environmental issues. Here’s a better solution:

Public transit such as buses or trains can help reduce air pollution.

The detective deftly and with pizzazz outlined how the crime had been committed.

What’s the adverb of “pizzazz”? Great question. Both deftly (adverb) and with pizzazz (a prepositional phrase) need to be the same part of speech for this sentence to be properly parallel. And if “pizzazzilly” isn’t a word, that means two nouns are needed.

With deftness and pizzazz, the detective outlined how the crime had been committed.

He decided to cover the gown in sequins, and had a steak for dinner.

Huh? Unless being a fabulous designer is a recipe for steak, these two actions don’t seem to have much in common. Parallelism in subject matter means that everything discussed in a sentence should have at least some amount of clarity and relatedness.

The possible connections are endless, but for proper parallelism, that connection must be clear to the reader.

In rhetoric—that is, in the world of literature and speeches, or anytime you want to sound extra fancy—parallelism involves one or more sentences with similar structures to produce a pattern of repetition and balance.

I celebrate myself, and sing myself, And what I assume you shall assume, For every atom belonging to me as good belongs to you.

—Walt Whitman, “Song of Myself”

Parallelism helps make your writing as neat as a geometry equation. Specifically, one with parallel lines. To keep your writing lined up straight, don’t forget to keep your eyes peeled for these elements:

You know what they say: you win some, you lose some. But use parallelism correctly in your writing and speech, and you’re that much more likely to say: I came, I saw, I conquered.