Is It Omelet or Omelette? 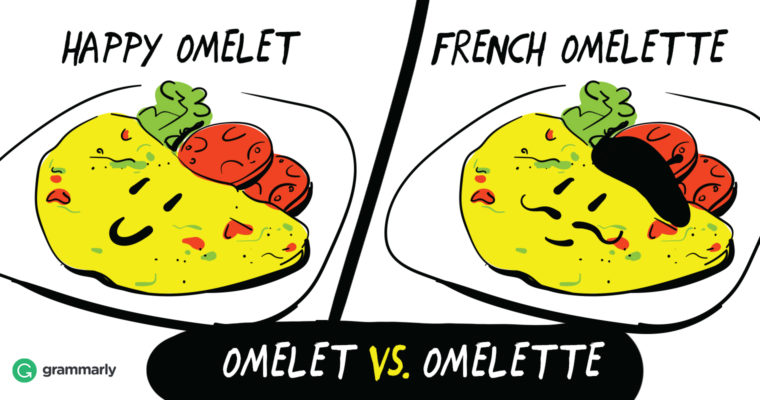 An omelet (or omelette) is a type of egg dish, often served at breakfast or brunch. Neither spelling is wrong, but there are some guidelines for when to use which.

Where does the word omelet come from?

Omelet is the standard spelling in American English. In fact it appears about twice as often as omelette in American publications. But omelette beats omelet in British English. When you’re choosing which spelling you should use, pick the one your audience will be more familiar with and stick with it in your writing.

The British spelling, omelette, is actually the modern French spelling. (Omelets originated in France). The French have also had different versions of the word through time, including amelette and alemette. The spelling that’s used in the United States, omelet, first appeared early in the seventeenth century—so it’s not an American invention. It is, however, the spelling that was adopted by Americans, even though the rest of the English-speaking word chose to stay true to the French spelling.

Egg white omelets don’t have the best reputation; entire articles have been written begging folks to stop ordering them.
The Huffington Post, US Edition
Where else can you find Migas de Puerco, a Wisconsin Farmhouse Omelet, Monte Cristo Benedict along with eight other Benny dishes, Pistol on Whiskey (sliced pastrami on marble rye), NLT, Naked Salad?
Chicago Tribune
An omelette with chanterelles can’t be missed and a suckling pig with clams was a success.
Eater Montreal
I know an omelette doesn’t technically have to have cheese to be an omelette, but I don’t know why you’d want to eat one without one (lactose intolerance excluded).
Lifehacker Australia
Your writing, at its best.
Works on all your favorite websites