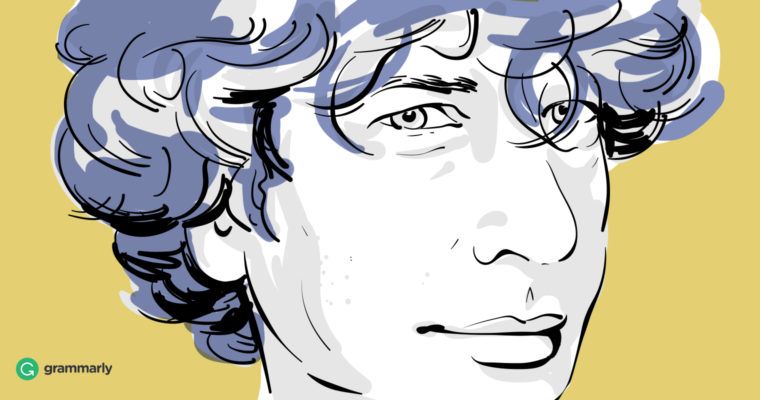 There are many celebrated writers in this world, but few ever reach the rockstar-level status of dark fantasy author Neil Gaiman.

Fans stand in line for hours at his book signings, only to faint when they finally meet him (or ask him to sign their body so they can get his signature tattooed).

His beloved novels and comics—Coraline, Stardust, American Gods, Good Omens, and The Sandman (to name a few)—have gained cult followings and been adapted for the big screen and television.

His 2012 “Make Good Art” commencement address inspired all of us to break the rules and make mistakes, making it clear that after decades of aspiring writers asking him for advice, Gaiman has a quite a bit of inspiration and wisdom to share.

So whether you’re hunting for magic, or just practical tips, we’ve gathered together some of Gaiman’s best advice on writing. Enjoy!

If you’re only going to write when you’re inspired, you may be a fairly decent poet, but you will never be a novelist — because you’re going to have to make your word count today, and those words aren’t going to wait for you, whether you’re inspired or not.

Writer’s block can be a frustrating and even terrifying experience. Gaiman’s advice is twofold. First, work on multiple projects simultaneously, so when one project stalls you can switch over to another. (Now you know why his publishing record is so prolific.)

Second, keep writing even when the inspiration has dried up and you’re convinced that every word you’re putting down is terrible. Your experience of “inspiration” is subjective.

Looking back at your work, you won’t be able to tell the difference between “which bits were the gifts of the Gods and dripped from your fingers like magical words and which bits were the nightmare things you just barely created and got down on paper somehow.”

It’s easy to waste time comparing yourself to others and wallowing in imposter syndrome, but the truth is that you are actually your own greatest asset. Don’t get stuck in imitation mode—you will only hold yourself back.

Do your own unique thing, whatever that is. Gaiman always says: “There’s nobody who can write a Neil Gaiman story like I can.”

3 Don’t Obsess Over Your First Draft

For me, it’s always been a process of trying to convince myself that what I’m doing in a first draft isn’t important.

One way you get through the wall is by convincing yourself that it doesn’t matter. No one is ever going to see your first draft. Nobody cares about your first draft. And that’s the thing that you may be agonizing over, but honestly, whatever you’re doing can be fixed. …

For now, just get the words out. Get the story down however you can get it down, then fix it.

Writing your first draft can be intimidating, terrifying, and often embarrassing. You may feel like there’s a gulf between where your writing is and where you want it to be.

This is all normal. The key is finding a way to press on despite your insecurities.

Gaiman writes his first drafts by hand because there’s less pressure—what he’s written isn’t “real” until he’s typed it up. Whatever you have to do to trick yourself into writing, do it.

Any perfectionists in the room? The lure of playing it safe and the fear of falling short make a powerful and paralyzing cocktail.

Gaiman shares that the willingness to let go, take chances, and make mistakes is of the utmost importance. Why?

…Don’t freeze, don’t stop, don’t worry that it isn’t good enough, or it isn’t perfect, whatever it is: art, or love, or work or family or life. Whatever it is you’re scared of doing, Do it.

5 Be Kind to Yourself

Writing is a skill and learning to write well doesn’t happen overnight, yet we beat ourselves up when our writing isn’t of the same caliber as our favorite authors.

We forget our heroes weren’t always writing bestsellers. Gaiman himself has had the frightening experience of unearthing a story he wrote at age twenty and realizing just how awful it was.

When asked how to get past loathing your own work, Gaiman answered this way:

Write more. And remember that everyone who writes anything good wrote a lot of bad stuff first. You are learning, be kind to yourself, just as you would be kind to anyone learning to do something hard, like juggling or ballroom dancing or surgery.

Learn from your mistakes, and get better, and one day you’ll write something you won’t loathe. (Also, it’s fine to dislike something you’ve written. But don’t dislike yourself for having made it.)