What Does Nah Mean? 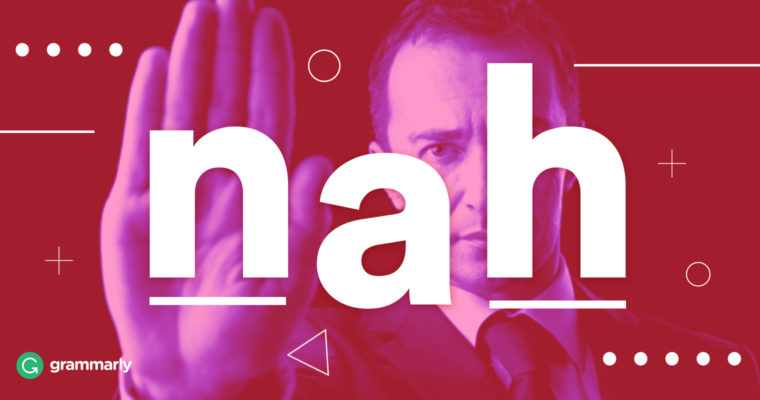 Even though it has become common in informal communication facilitated by mobile phones and the Internet, nah has been in use since the first half of the twentieth century at least.

The meaning of nah

Nah is an informal version of the word no. It’s often used in text messages and casual online writing.

The first written use of nah can be dated back to 1920, when it likely came about as a part of an eye dialect—a nonstandard way of spelling words to represent the pronunciation they have in different dialects. Nah is a pronunciation found in some American dialects as well as in Cockney English.

How to use nah

Nah isn’t totally interchangeable with no. No can be an adverb or an adjective, but nah is an adverb only:

Nah, I didn’t throw out the garbage.
You think that was cool? Nah, you don’t know what cool is.
Your writing, at its best.
Works on all your favorite websites