Is It Spelled Lier or Liar?

The Meaning of the Word Liar

Liar is an agent noun, a noun that denotes someone or something that performs an action described by the verb from which the noun is derived. The verb in question is lie, meaning “to say something that’s not true.” So, a liar is a person who lies—a person who says something they know is not true. 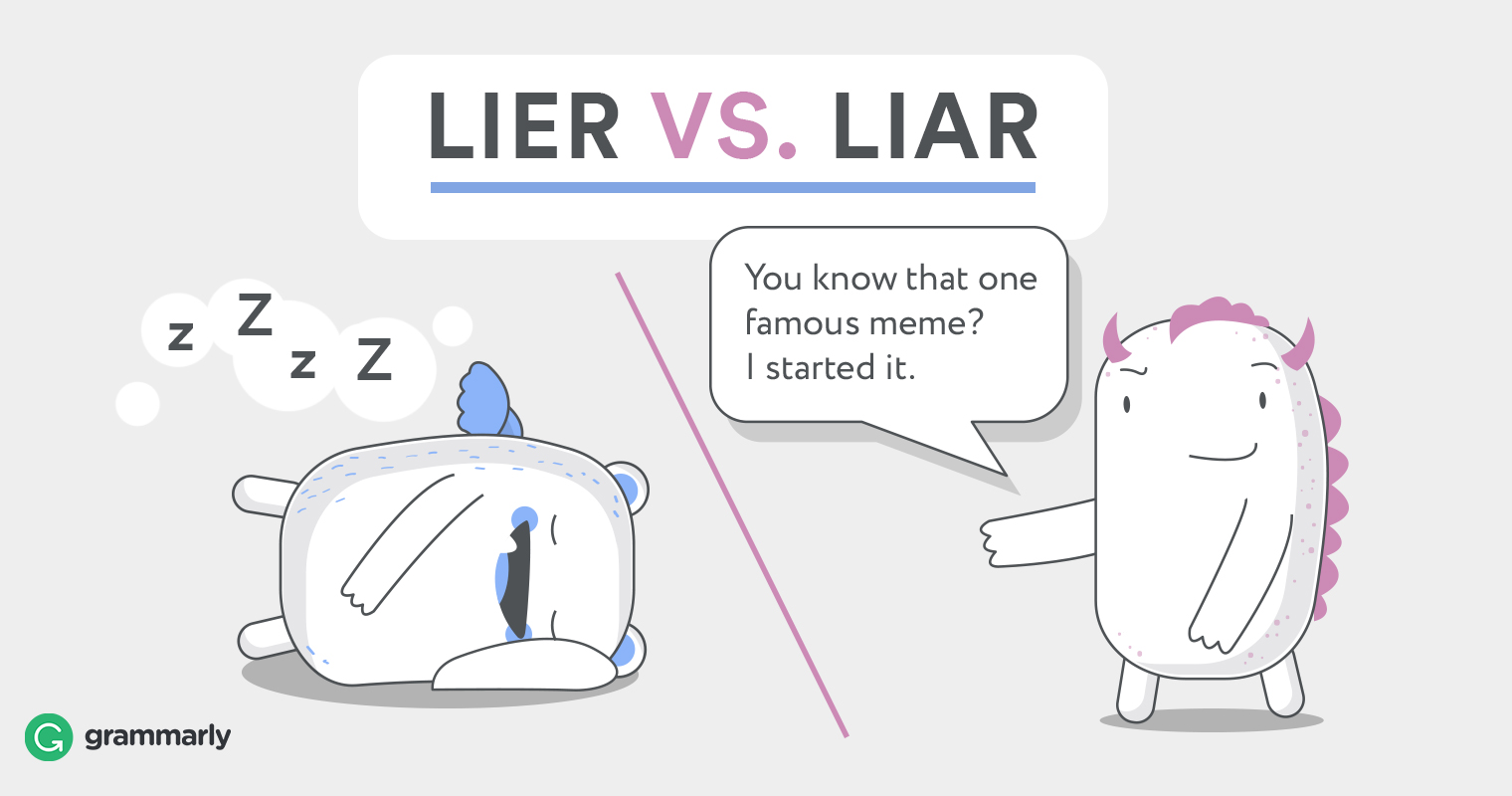 The Meaning of the Word Lier

If you encounter the word lier somewhere, it’s likely to be a misspelling of the word liar. It’s apparently quite common for people ask themselves “is it spelled lier or liar?” and choose the wrong answer. But lier is a real word—it’s just rarely used. It’s also an agent noun, just like liar, but it comes from the other meaning of the verb lie—to rest in a horizontal position. Remember, that’s lie, not lay. A lier is something or someone that is lying prostrate.

Lying in bed being a half-way house between sleeping and waking, and the mind then equally indifferent to logic and exact realism, the lier in bed can and does create his own dreams: it is an inexpensive and gentlemanly pleasure.
Ralph Bergengren, The Perfect Gentleman
Whether you decide to call a lie or to let it go, once you know you’re dealing with a liar , it’s critical to take steps to protect yourself.
The Huffington Post
New research, however, suggests a better strategy may be to call a house meeting as it is easier to spot a liar when questioning a group of people collectively.
The Daily Mail