I.e. and e.g. are both Latin abbreviations. E.g. stands for exempli gratia and means “for example.” I.e. is the abbreviation for id est and means “in other words.” Remember that E is for example (e.g.) and that I and E are the first letters of in essence, an alternative English translation of i.e.

But why bother with all this Latin? Don’t we have enough abbreviations in English?

Think about it. How would you feel if you got a text message that ended in SWAK? Many of the parents who took a quiz on texting acronyms weren’t sure what it meant. While some teenagers may laugh a little at the older generation’s inability to master texting lingo, the truth is that many of them would be hard-pressed to explain the difference between i.e. and e.g. Now you know the basics, but let’s get into the nitty-gritty of what everyone from student to professional writer needs to know about these meaningful letters. 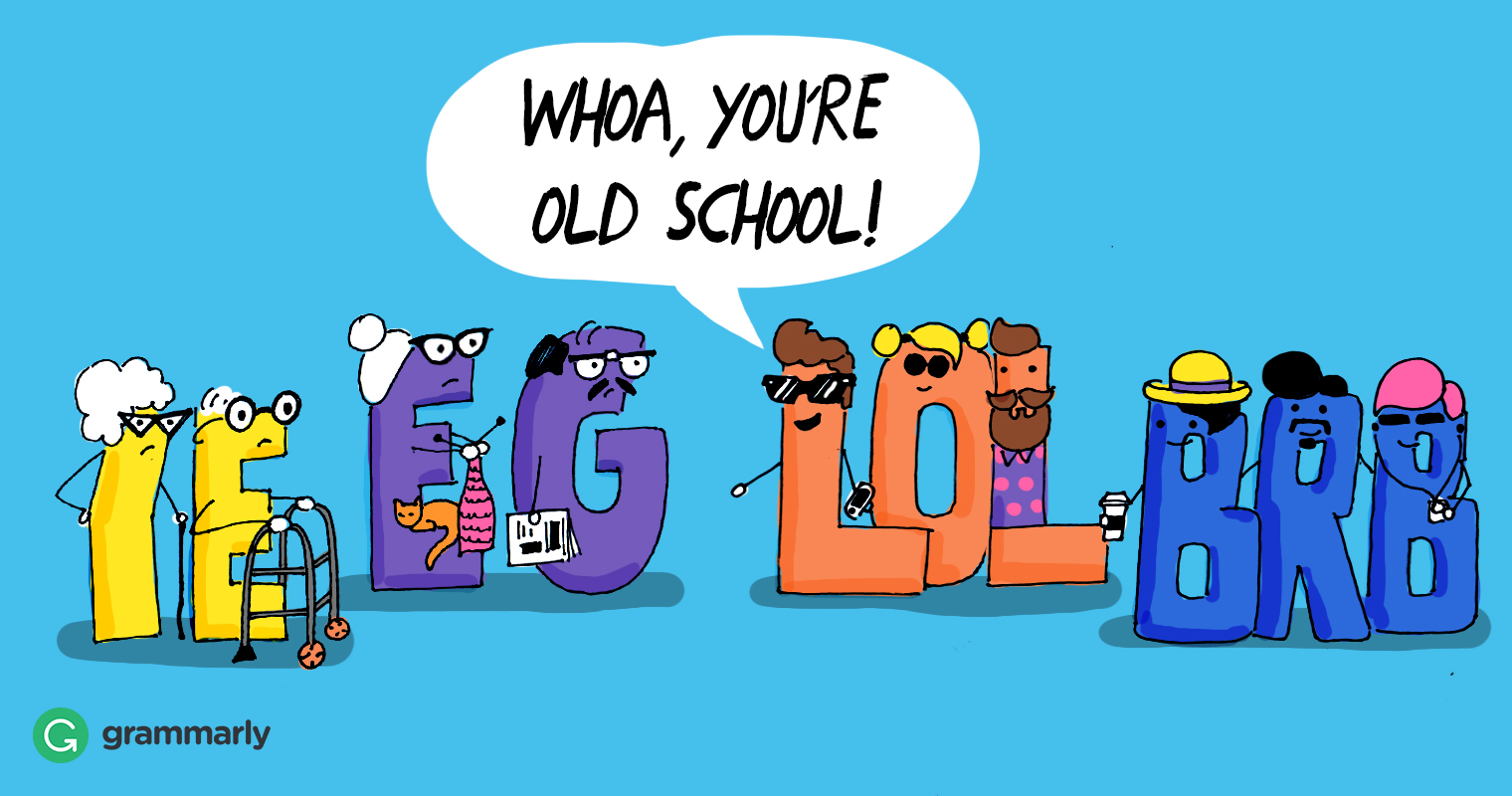 What Does E.g. Mean?

Once again, e.g. is short for exempli gratia, a Latin phrase that means “for the sake of example.” As you may guess, you use it to introduce one or more examples. Don’t worry about listing every possibility; e.g. is used to introduce a few examples, not a complete list.

And now for some examples of e.g.:

Should that happen to poor, as-yet unaffected places (e.g., most of South Asia and Africa) the suffering can be great. —“WHO rejects calls to move Olympics over Zika fears”

There’s a common view that Malcolm Turnbull’s ‘30-minute city’ is yet another slight variation on the many terms we already have for a more sustainable urban form e.g., compact city, walkable city, smart growth, new urbanism, urban consolidation. —“Is Turnbull’s ’30-minute city’ a serious election issue?”

What Does I.e. Mean?

What about i.e.? A lot of people confuse this expression with e.g., but this one does not have to do with listing examples. I.e.’s Latin origin is the phrase id est, which translates to English as “that is to say” or “in other words.” Here’s a trick to remember this: associate the I of i.e. with the I of “in other words.” Alternately, imagine that the I and E stand for “in essence.”

[What privilege] would allow them to refuse to answer investigators’ questions? Only one: the Fifth Amendment privilege—i.e., the refusal to answer on the grounds that truthful responses might be incriminating. — “How to Read the IG Report”

Besides math and crossword puzzles, I am passionate about self-supported bicycle touring, i.e., traveling hundreds and thousands of miles on a bike with all my camping gear and other supplies. —The New York Times

E.g. and i.e. are both lowercase when they show up in the middle of a sentence (i.e., like this). Most American style guides recommend a period after both letters in both abbreviations.

In general, you add a comma after e.g. and between each subsequent example if there is more than one item in your list. If you want your examples or your narrowing-down set apart from the rest of the sentence, you can enclose e.g. and i.e., along with the examples associated with them, in parentheses.

Even though exempli gratia and id est are both Latin (and therefore italicized), no need to put e.g. or i.e. in italics when they’re in abbreviated form. Abbrevs are all about keeping things quick and easy, after all.

E.g. is used to give one or more possible examples. It’s a signal that you’re seeing one or a few of multiple possibilities.

I.e., on the other hand, clarifies; you are providing more precise information. Where e.g. opens up more options, i.e. narrows them down.

Now you have a response if a teen teases you about your lack of texting expertise. You can ask her to tell you the words behind some abbreviations that you understand (e.g., id est). FYI (i.e., for your information), SWAK means “sealed with a kiss.”