One ending is enough for most verbs. However, some verbs have a regular and irregular ending in the past tense. To kneel is to bend down or rest on one or both knees. Let’s take a good look at the past tense of “to kneel.”

Some men kneeled down, made scoops of their two hands joined, and sipped, or to help women, who bent over their shoulders, to sip, before the win had all run out between their fingers. ―Charles Dickens, The Complete Works of Charles Dickens: The Tale of Two Cities

The one time Richard had kneeled, unavailingly, was when he returned from Ireland and bowed his knee to Mother England herself, begging the very ground to sustain him against his enemies. ―Meredith Anne Skura, Shakespeare the Actor and the Purposes of Playing 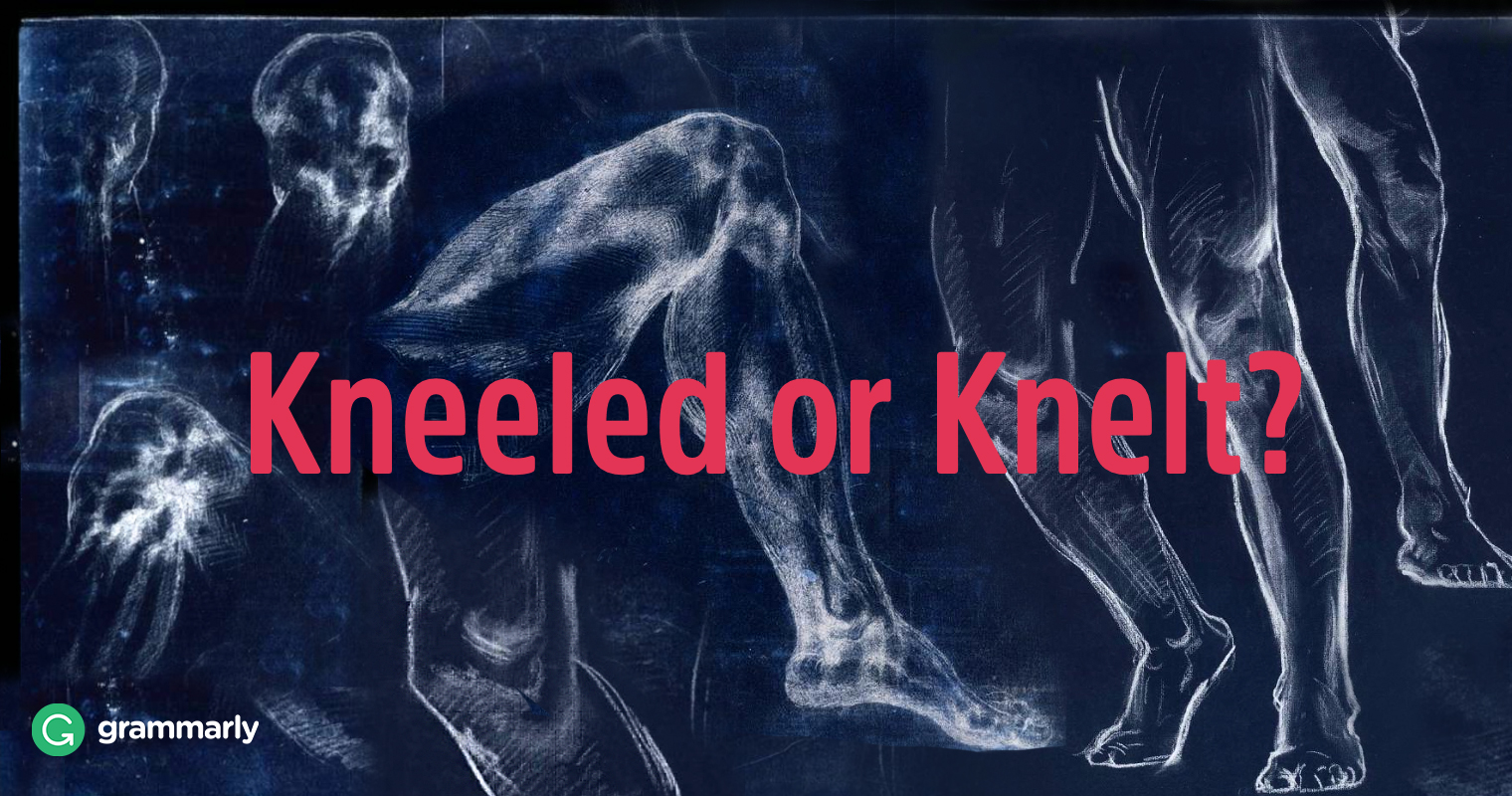 She walked down to one of the front pews and knelt, genuflecting in long, sweeping movements from her head to her chest to each shoulder. ―Robert Hicks, A Separate Country

I patted down the summit and knelt on it, time seemed to stand still. I opened my arms wide and in the instant that lasts forever, a gust of wind gently nudged me forward and I toppled into the void. ―Mark Brook, “Climbing Mountains: Day Eight and Summit”

What’s the Difference Between Kneeled and Knelt?

Languages change over time. In English, knelt is slowly giving way to kneeled. This trend is not limited to this verb; there are a few others that are losing their irregular past tense forms―or gaining an -ed form, at least. If knelt were a caterpillar making a transition into a butterfly, it would still be in the cocoon. Right now, both forms exist. They are both still acceptable. In American and British English, knelt is still the most common of the two. British English speakers don’t use kneeled as much as Americans do, but it is also gaining in popularity in that version of English. Though both forms are correct, one or the other may look more natural to you based on what you learned in school or where you live.

To genuflect means to lower a knee or touch a knee to the floor in reverence. It is often associated with worship, respect, or servitude. Notice how author Robert Hicks used it in the quote above from A Separate Country.

To stoop means to bend forward and downward from an erect position. Motion is not limited to the knees. For example, you might also stoop by lowering your head or shoulders.

To kowtow is to kneel and touch your forehead to the ground, usually in worship, apology, or submission. It is from a Chinese phrase that literally means “to knock the head.”

Over time, words tend to evolve. Someday soon, one form or the other may become the only acceptable choice. Until then, you have options! You can choose which form works best for you and your audience.