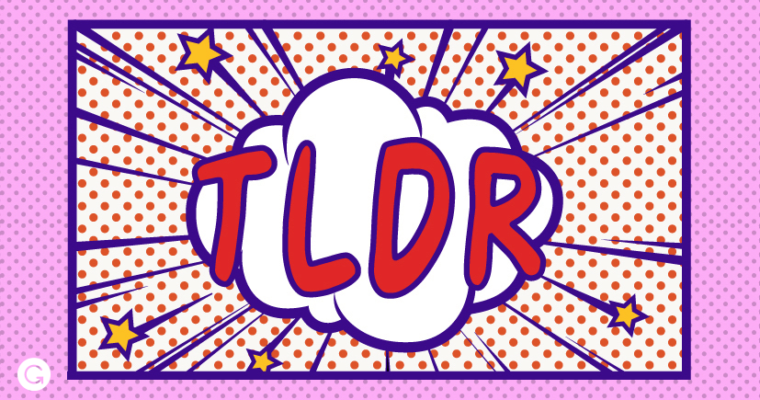 Language is constantly evolving. Words like OK and dude were once considered slang, but what starts out as slang today often becomes an accepted part of our lexicon tomorrow. That’s one reason the conversation above is easy for us to understand. The Grammarly team wanted to uncover the latest Internet slang trends, so we analyzed the data behind the words Grammarly users (who write mostly online) add to their personal dictionaries most frequently.

How does it work?

In September alone, Grammarly helped check over 30 billion words. When a Grammarly user writes, the app gently underlines typos and misspellings to help identify and correct them. But sometimes, a writer knows that a word is correct (as is the case with proper nouns like businesses, cities, or surnames) or just likes it for stylistic reasons (zzz, lil, bff). When that happens, the Grammarly user can hover over the word and choose to add it to her personal dictionary so that it will no longer be flagged as a spelling error. You might be surprised by some of the words people want their dictionaries to accept! Check out the infographic below to see the top trends.

Slang is made up of very informal words and phrases. They can be colorful or even metaphorical idioms. Sometimes slang originates with certain groups of people, or in certain contexts or regional locations. Many of the slang words Grammarly users added to their personal dictionaries have origins dating back decades or even centuries.

Zzz, the top trendy slang word, is a bit of onomatopoeia—a term for a word that sounds like what it describes. Zzz is the sound of a snore, of course, and often signifies that the writer is sleepy, bored, or both. Although etymology can often be difficult to pin down, people seem to have been using zzz to describe sleepy snoring since at least 1918.

Texting has led to the rise of another new type of slang—text speak. Today, you can write Idk, my bff is afk. Fyi, she’s cranky today. lmao! and be understood by a large segment of the population.

Not all slang commonly associated with text speak comes from online and mobile texting, though. FYI (for your information) is a bit of journalism jargon from the 1930s that made its way into popular culture.

Of all the words added to Grammarly users’ personal dictionaries, none had more variations than so, ah, and haha. Soo was the word most often added, and it came in a whopping twenty-six spelling variations.

Grammarly users also like to laugh. Grammarly’s dictionary already includes haha, but hahah (with a trailing h) was the most popular spelling variation. In fact, Grammarly suggests haha as a correction for hahah, which means that people aren’t adding it because they just assume there’s no standard way to spell it—they’re seeing a correction and deliberately adding a different variant.

The Internet has made language tools accessible. It’s easier than ever to research the meaning of a foreign word and add it to your vocabulary. Perhaps that’s why Grammarly users are adding words from around the globe to their dictionaries. Que, a Spanish word meaning “what,” was most popular. Many users also added words that relate to interpersonal relationships, including the Japanese honorific -kun, which is used by people of senior status when referring to someone (generally male) of junior status. The Korean word hyung is used by a younger male to address an older male or older brother. And continuing the flow of brotherly love, the fifth most popular foreign word was bhai, an Indian word for brother and a friendly way to address a man (akin to “dude” in English).

If you’d like to know more about some of these slang terms, here are some articles for your slang edification:

There’s no doubt that slang is helping to expand our language, and it seems clear that technology is helping us to break language boundaries.