When Should I Use Inquire vs. Enquire?

For the most part, you can use either enquire or inquire and not make a mistake. These two words, however, have traditionally been used in a slightly different way, at least in the UK, which kind of makes them a pair of commonly confused words.

When to Use Inquire?

Inquire is what you’ll usually see in American English. It means “to ask” or “to investigate”:

We went to the mall to inquire about a job.

In British English, inquire has traditionally been used for formal or official investigations and queries:

We asked Lord Roundbottom to inquire into the matter of the new football stadium. 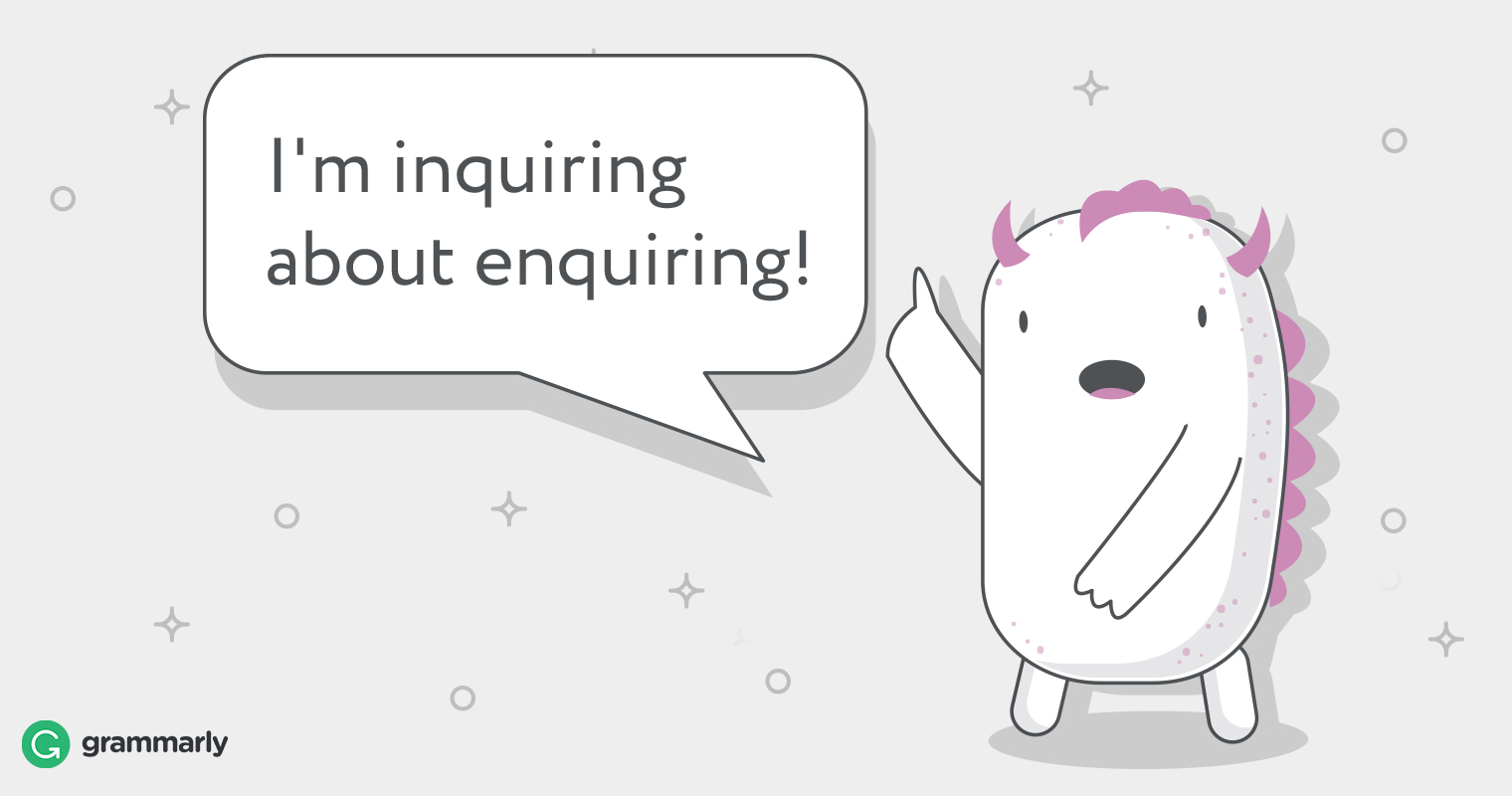 Today, the word inquire is also used in British English in the way it’s used in American English, to denote a general query.

When to Use Enquire?

Enquire is mostly used in British English for the general meaning “to ask” or “to investigate”:

I’ll go to Phil and enquire about the chances of getting a raise.

While inquire is also often used in the same sense as enquire in British English, it doesn’t usually go the other way around—enquire is rarely used for an official investigation or query.

This one will throw you for a loop: The Nationals have inquired with the Blue Jays about outfielder Jose Bautista’s availability, according to The Post’s Barry Svrluga.
CBS DC
However, he defended the regulator’s right to inquire whenever it felt that circumstances required it and suggested more use might be made of the BHA’s review function.
The Guardian
Go and check it out before you book – talk to management and staff, look at the dogs’ quarters, enquire about feeding and exercise routines and see how the people there interact with your dog.
Stuff