Indirect Objects in English, With Examples 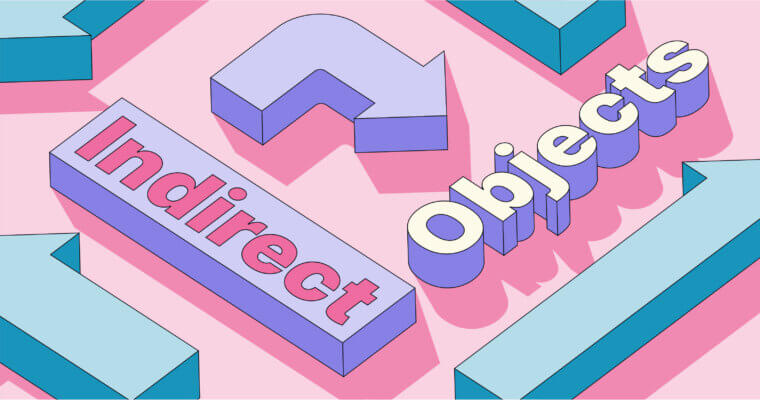 If you’re confused about what an indirect object is, you’re not alone! Indirect objects are particularly difficult to understand because they’re so closely related to direct objects. This guide clears everything up, with a lot of indirect object examples so you can see how they work.

What is an indirect object?

How to find an indirect object

Indirect objects can only be placed directly after the verb and before the direct object.

It’s easy to get indirect objects confused with the objects of prepositions, especially when they both answer the question “who or what is receiving the direct object?” We could rewrite our example sentence above in this way:

Embiid passed the ball to Simmons.

This is grammatically correct and has the same meaning as the original sentence. Technically speaking, though, Simmons is not an indirect object, but the object of an independent preposition. Same meaning, different mechanics.

The choice between using a proper indirect object or using a prepositional phrase depends on your writing style. Using indirect objects is more direct and efficient (it uses fewer words), recommended for fast-paced and minimalist writing styles. Using prepositional phrases, though, puts more emphasis on the object and lets you control where in the sentence it appears. This can help build suspense by placing the object at the end of the sentence.

Indirect objects can be either an individual noun or a noun phrase.

I loaned him some money.

In this example, him is the indirect object because he receives the money (the direct object). But what if we got a little more descriptive . . .

I loaned my tall, bald friend of ten years some money.

In this case, the indirect object is the entire phrase my tall, bald friend of ten years.

In case you’re unfamiliar with subject and object pronouns, here’s a quick rundown:

He promised himself [that] he wouldn’t cry.

The difference between indirect objects and direct objects is notoriously difficult, especially for those whose primary language isn’t English. The two types of words are so similar after all, not to mention that they’re placed next to each other in a sentence.

“Anyone who ever gave you confidence, you owe them a lot.”

“Ask me no questions, I’ll tell you no lies.”

—Oliver Goldsmith, She Stoops to Conquer

“Don’t ever tell anybody anything. If you do, you start missing everybody.”

“She generally gave herself very good advice, (though she very seldom followed it).”