What Does Ikr Mean?

While some of the phrases used in text speak originated in that medium, others, like ikr, are adopted from everyday life.

The Meaning of Ikr

Ikr is an abbreviation for the phrase “I know, right.” The phrase first appeared during the early 1990s, and its first uses in electronic communication can be traced back to at least 2004.

The phrase itself has been a pet peeve for some language commentators. The phrase “I know,” on its own, signals that we are aware of something another person is saying, or that we agree with it. According to some critics, adding the word “right” turns the phrase into a question. However, the “right” in “I know, right” is actually just a way of adding emphasis. Using “isn’t it” instead of “right” can also work in a similar way. 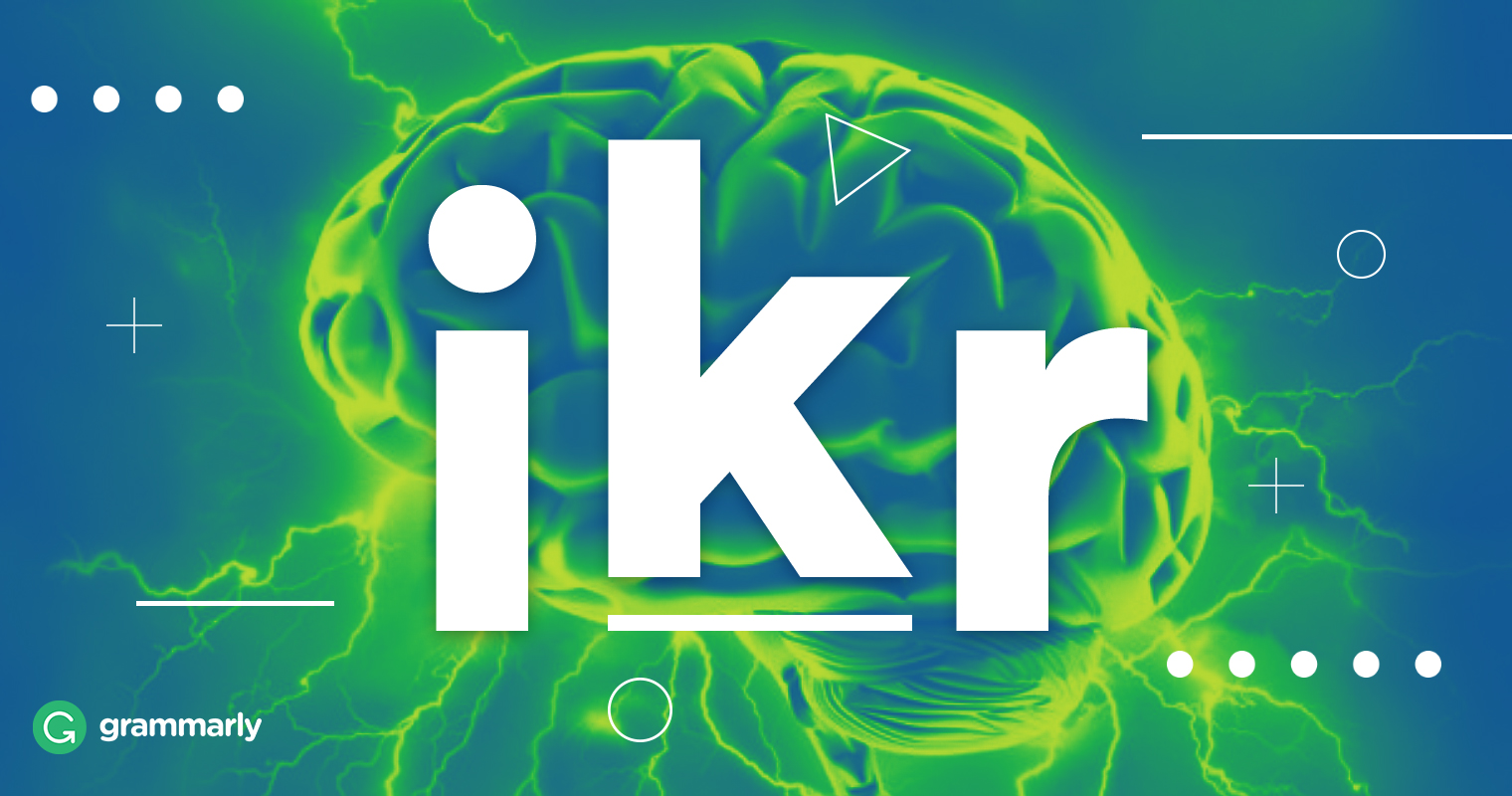 How to Use Ikr

Ikr is a little different from I know or yes because it can show that you strongly agree, or that you agree with someone’s disbelief. It can also convey a feeling of relief that someone else shares your feelings about something.

The abbreviation ikr is mostly used in informal communication, especially online or through texting. There’s no need to write it in all caps, although you can if you want to. It’s not written with a comma between the k and the r.

Jane looks better with shorter hair. Ikr, and the new color suits her well, too.
There’s no chance I’m going to be ready for tomorrow’s quiz. Ikr, Ms. Stevens is too demanding.
He’s such a snob. IKR?!
People shouldn’t be saying “right” after “I know.” Ikr 😛