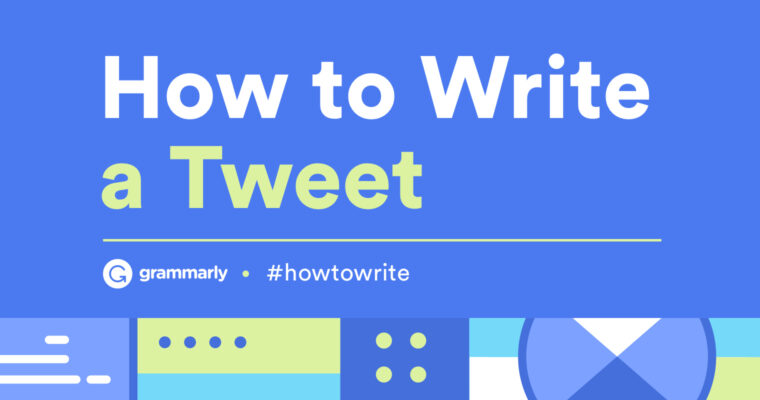 In theory, Twitter is supposed to be “what’s happening in the world” and “what people are talking about right now.”

The real Twitter can be a battleground of wits. No one wants to look uninformed, unintelligent, or behind the trend. It can be a lonely place, where some tweets get thousands of likes for seemingly no reason, and your hilarious text meme falls flat.

There’s no one way to do Twitter, and there is certainly no recipe to delighting your followers. But there are a few ways you can put your mind at ease when you tweet. (Even if we never get an edit button.)

All tweets are written by someone (or some bot).

But the best tweets—the ones we can remember and quote—make an impression because they have a point of view. A voice. A cohesive feeling your followers can understand and relate to.

Voice can be one of those enigmatic writer terms that can end up feeling meaningless. Put simply, a “voice” is defined by the elements that make your writing unique. Much like your actual voice, voice in writing helps your audience differentiate your words from others’.

To develop your social media voice, you may need to do some light soul-searching. Try asking yourself “Why am I writing? or “What do I want to say?” and see where your mind wanders. It may take a few minutes, but your Twitter followers will thank you for writing something beyond “RT.”

For its many faults, Twitter can be a platform for the free exchange of ideas. It also has several memes, social norms, and inside jokes that consistently float to the top of the feed. This makes it a great place to borrow ideas and expand upon them.

So when you see something you like, think about how you could use it to share your take. Expand on someone else’s joke. Recreate that meme you saw last week. Retweet a hilarious thread with a ran of your own.

No matter what you’re borrowing, just remember to give credit. A little “H/T” goes a long way to let the creator of that cartoon, journalist, comedian, etc. know that you appreciate their work. And appreciating others’ work is great (we do it all the time), but stealing is not.

Clean Up Your Tweets

Twitter is the place for brevity and accuracy. Keep your tweets short whenever possible. Even if you’ve figured out how to write a novel in 280-character segments, that doesn’t mean you should. In fact, the ideal tweet is only 100 characters, so keep your amazing #FridayEve tweet brief.

Since Twitter users may never get the edit button they want so badly, Twitter is also a place to double-check your language before you hit “tweet.” You can’t take back a tweet once it’s out in the ether (unless you delete it, but even then someone might have snatched a screenshot), so it’s worth the extra 20 seconds to proofread your tweet. Your followers will thank you.

Of course, there are many more things that go into great tweets. What are some of your tips?