How to Address a Letter: 9 Tips You Should Know 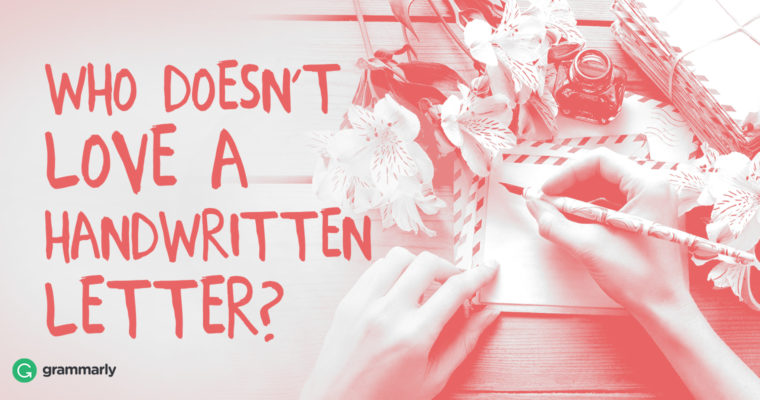 You don’t do this often.

Let’s face it. Putting the date at the top and your signature at the bottom isn’t your jam when it’s time to address a letter. Nor is folding pages into crisp thirds to fit inside an envelope. Formal letters just aren’t your specialty.

As far as new jobs go, the good news is that learning how to address a letter is a lot easier than learning to tie a respectable half-Windsor or mastering the mysterious art of polite breakroom chitchat.

Let’s start with a rundown of how to properly address your fancy letter in a way that says “Hey, I do this all the time.”

1 Start by putting your contact information at the top.

This longstanding rule makes sense: you want the person you’re addressing to readily know who you are, where you’re coming from, and how they can respond to you.

That last bit is especially vital to check because you don’t want to sabotage any possibility of hearing back from someone you took the time to write. The world is full of woeful young job-seekers who realized only too late that there was a typo in the contact information they pasted in while dispatching a wave of applications.

This one’s easy to get right, and embarrassing (or hilarious) to get wrong. What year is it? How long was I asleep?

3 After that, put the recipient’s address.

Think of this as one of the rare occasions where you’re essentially telling a near stranger “I know where you are” and it’s seen as a courtesy. Cherish that.

If you’re writing to a company where you already know someone, this part is a layup—just ask them for the details. Otherwise, this step merits a quick search online.

4 Next comes the salutation. “Dear” is a fine stock option.

There are a lot of possibilities once you’re ready to say hello: Greetings, Salutations, and trusty old Dear all spring to mind.

You might feel tempted to try to stand out by choosing an exotic option, but it’s risky. You may not want to gamble on a stranger appreciating a Howdy, let alone such a . . . distinct choice as Hail. (Feel free to ignore that last bit if the person you’re writing is truly dedicated to their role at a renaissance festival.)

Often, your best bet is the straightforward route: Dear is widely used for a reason, after all.

And don’t overthink whether it’s awkward to address someone you’ve never met this way. People who aren’t “dear” to each other per se sling the word around all the time in correspondence, even in the midst of tense legal posturing between a presidential campaign and a topflight newspaper. In such fraught circumstances, the word Dear isn’t the part that people are stressing over.

Sometimes this is easy. Again, if you already know someone on the inside of a company where you’re sending a cover letter, for instance, they should be able to help you nail down the specifics fairly painlessly. Otherwise…

6 Not to belabor this, but that last item might warrant a little research.

Depending on the relative opacity of the organization you’re writing to, precisely whom you should address may not be obvious. For instance, if you’re a writer applying to even a mid-size publication, you’ll quickly discover the place is crawling with editors—but which one is supposed to read your letter?

One solution is to just find an all-purpose phone number to dial and ask who the appropriate department head is. Another approach is to poke around on LinkedIn and suss out the correct person that way. Whatever you do, avoid punting with a lazy “Dear Sir or Madam.”

7 Mister, Miss, Doctor, Senator, None of the Above

The most common approach here is simple: an old-timey Mr. or Ms.

In addressing a woman you don’t know, Ms. is usually safer than Mrs. It assumes less, and can seem more professional by refraining from drawing the recipient’s marital status into the matter.

It’s worth noting when it comes to honorifics there are differing schools of thought; you might prefer the gender-neutral route, simply putting the subject’s full name.

Also, be on the watch for cases like doctors and PhD holders: many will tell you they worked hard for their credentials and appreciate being recognized as Dr.

You want to make a good impression, after all.

This one’s up to you. While the comma at the end of your salutation does the job just fine, some argue the colon appears more sophisticated.

9 If you’re sharing this letter online, consider saving it as a PDF.

It’s hardly a problem if you plan to print your letter out on a sheet of paper, but in 2017, many formal letters end up as files whirling through the ether from one computer to the next, and when they arrive on an alien screen with wonky settings, their formatting is tragically wrecked.

Further, imagine someone printing your letter, wrecked formatting and all, en route to a meeting to discuss it with colleagues. The mortification.

One way to preserve your letter’s tidy address in transit is to save your file as a PDF, so your work arrives legibly intact.

With your letter clearly addressed, you’re well on your way to corresponding like an old-school professional. Grammarly has lots of other tips on how bring your fancy letter in for a landing, too.