How to Address Your Business Email or Letter to a Woman 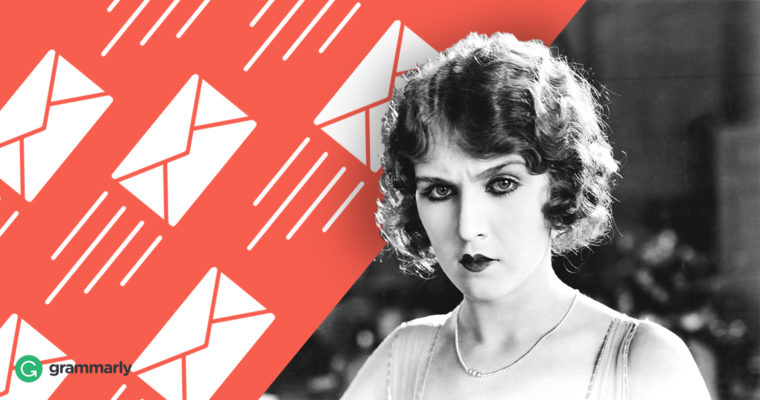 Let’s face it, formal letter-writing has gone the way of the pager. Once a necessary communication tool, it’s now a relic of an era before email, only to be used in specific situations.

But what should you do if you have occasion to write a letter, or its modern equivalent, the business email? And what if you have to write that letter or email to someone who isn’t a man?

Do you need to use a title?

When in doubt, it’s best to use the first and last name of any person you’re addressing a formal letter to. It’s both formal and conveniently gender-neutral!

Dear Mrs. Jonathan Smith,
Dear Jane Smith,
Here’s a tip: Need a cohesive guide to addressing a letter to someone you don’t know? Check out this flowchart.

Although “Ms.” has a 100+ year history, its use has been varied over the years. Some writers default to “Miss” or “Mrs.” based on their assumptions about a woman’s marital status, or because that’s how they were taught in school. But it may be time to put this system of best-guessed honorifics behind us and stick with “Ms.” for correspondence with women.

How did “Ms.” come to be? According to The New York Times Magazine the title was first proposed by an unnamed writer in a 1901 Massachusetts newspaper.

Although this first usage made a little buzz, it was quickly forgotten, and the title stayed out of the public eye for the next forty-eight years, until it appeared as a note in Mario Pei’s The Story of Language. Throughout the 1950s, “Ms.” was mentioned timidly as an expedient time-saver, without much public acclaim. Then, during the women’s movement of the ’60s and ’70s, “Ms.” took on a new, political life. This era heralded the title. Activists began to use it, Ms. magazine published its first issue, and people began to discuss the honorific as an equalizing force between men and women.

With its rich history, it’s safe to say that “Ms.” is preferred by many women of the twenty-first century. However, there are a few times when you should definitely avoid this title.

If another professional title is available

If a woman has a professional title, use that instead. Women who are doctors, lawyers, professors, judges, officers, etc., should be addressed just like their male counterparts. Your recipient worked hard for her MD, JD, Ph.D., judgeship, etc., so don’t overlook the importance of the accolade and the opportunity to make a solid first impression.

Some common professional titles include:

Please note that there are many more titles used in both the UK and the US to denote clergy, politicians, military members, and noble persons. You can refer to this guide from Project Gutenberg if you need help navigating the wide world of English honorifics.

If specifically requested not to

All women—all people, really—have different preferences, and it’s easy to respect them. If a woman specifically asks you to use another title to address her or uses it to describe herself, respect that preference. “Ms.” may be handy, but each woman is an individual human being with different views on this topic, and since “honorifics” are meant to “honor” a person, you should respect their wishes.

Also, if you mess up someone’s title in a letter or email, don’t worry! The relative obscurity of letter-writing means most people will be more forgiving with formalities than they used to. After all, we live in a world of business emojis and work-appropriate textspeak.

If you’re addressing someone who identifies as a gender other than man or woman, or if you don’t know the gender of your recipient, “Mx.” is a great option! This and other gender-neutral language are great ways to hedge your bets when you don’t have all the details.