Is It Honor or Honour?

The notion of honor varies greatly from one culture to another. Ideas about what it means to have it, how to obtain it, and how to preserve are studied by sociologists and anthropologists. But here we’ll be studying how to spell it. Here’s the deal: you can write honor in your college paper, or honour in your university test, and in both cases you’d be correct. But some might frown if you do it the other way around, because there is a slight difference between the two spellings that has nothing to do with the meaning of the word itself: Honor is the preferred spelling in American English and is pronounced \ˈä-nər\; Honour is the preferred spelling in British English and is pronounced /ˈɒnə/. 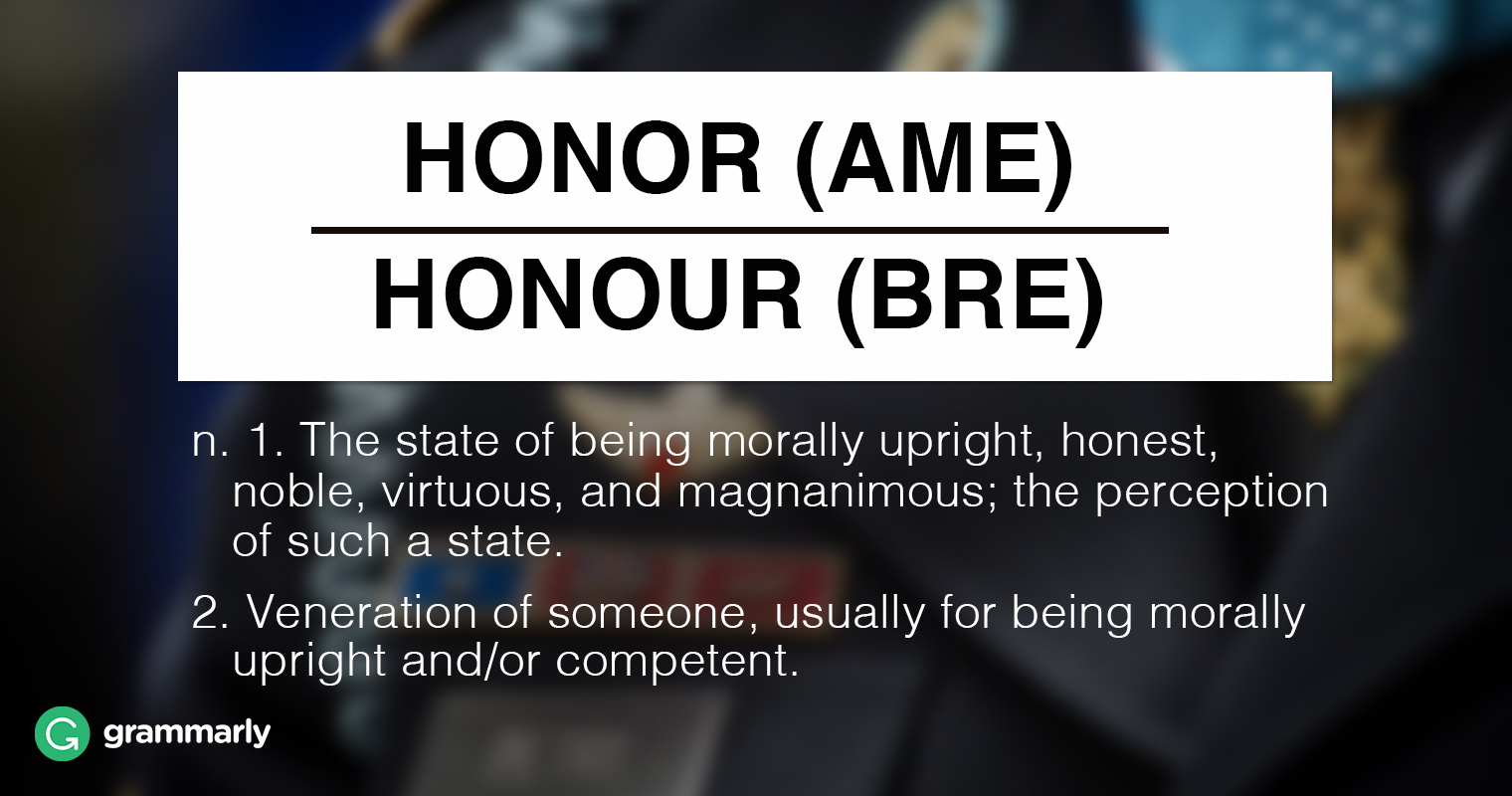 There is a group of words in the English language that have the same dual spelling option as honor. They all have in common the same ending: -or in American English and -our in British English. Not every word with an -or ending in American English is spelled -our in British English—words like governor and meteor are spelled the same in both variants of English. It goes the other way around as well—tour and troubadour are spelled with -our on both sides of the Atlantic ocean.

But words like color, favor, and honor—spelled as such in American English—are colour, favour, and honour in British English. The person who receives the most credit for this dropping of u is Noah Webster, the American lexicographer, whose dictionaries were very influential on American English. He wasn’t the first person to favor the shorter spelling—Benjamin Franklin advocated spelling reform years before the lexicographer became interested. But when he did, he made history. Years before that, Webster’s British counterpart, the equally influential lexicographer Samuel Johnson, came out in support of the longer spelling. And that’s how it has stayed to this day . . . sort of.

There are certain cases when British writers drop that u. Words like honorary and honorous are spelled the same way in American English and British English. That’s not the end of it, though—honorific, honorial, and honoration are also always spelled the same.

Examples of Honor and Honour

I am eternally grateful for my knack of finding in great books, some of them very funny books, reason enough to feel honored to be alive, no matter what else might be going on. —Kurt Vonnegut, Timequake

They gathered together at the site of the Battle of the Somme, 100 years after the bloodiest day in British military history, to honor the dead. —NPR

The ‘Grand Vermeil’ is regarded as Paris’s most prestigious honour and has been awarded to Nobel Prize in literature winner Toni Morrison, Palestinian Authority President Mahmoud Abbas and jazz pianist Herbie Hancock. —BBC

David Spearing, Wimbledon’s senior honorary steward, believes he has Sir Terry Wogan to thank for turning him into a cult figure. —The Telegraph