Marko Ticak
Grammar
Here’s a tip: Want to make sure your writing always looks great? Grammarly can save you from misspellings, grammatical and punctuation mistakes, and other writing issues on all your favorite websites.
If you’ve only heard the word gist aloud, you might not know how to spell it. Both gist and jist might seem like good choices, but one of them is not.

When we say we want to get the gist of something, we’re talking about its essence or main point:

We got the gist of his argument in the first two minutes, but then we had to listen while he droned on for another half hour.
You can spare me the details and just give me the gist of the conversation. 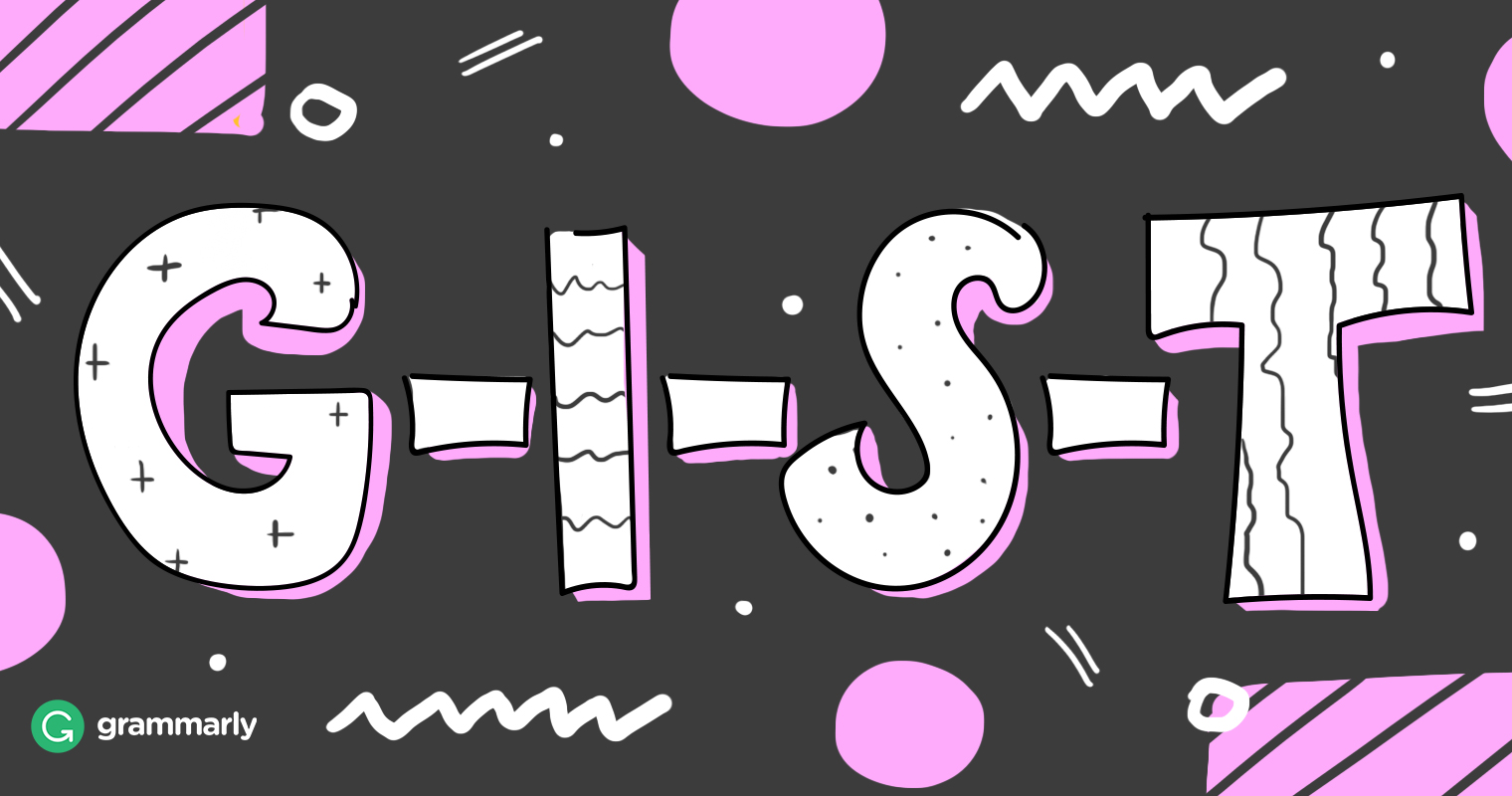 In legal contexts, gist refers to the grounds on which a legal action rests. This meaning is closer to the origin of the word gist. It was borrowed from Anglo-French in the early eighteenth century. The phrase it was commonly used in was cest action gist, which means “this action lies.”

Gist or Jist: Which is Correct?

The only correct way of spelling gist is with a g. It’s not uncommon to see it misspelled with a j, but no matter how often jist might pop up, it is not the correct way to spell gist.

These results were partially linked to sensation seeking, but more fully explained by Fuzzy Trace Theory — the notion that people process information in both a verbatim (quantitative) and gist (qualitative) fashion.
Science Daily
He advised his fans to read “good books” and keep the gist of wisdom of the book they read.
Gulf Today