Comradery is easy to find among the members of a winning team. Victorious teammates might high-five each other and recount the highlights of the game. Success creates a bond for the players that often continues off the court. But what is happening on the opposite side of the court? You may notice the defeated team going through a comradery ritual of their own. Instead of celebrating, they might be consoling one another and commending each other for trying their best. What is comradery?

You might already be wondering whether comradery is the same as camaraderie, so let’s address that issue first. Camaraderie came to English from French around 1835. In French, camarade was the word for a roommate or a companion. It you trace camarade back further, you will find that French got it from Old Spanish, which borrowed it from Latin! Camera is the Latin term for chamber, a room where you sleep or spend a lot of time. What about comradery? It came from comrade, a derivative of the the same Middle French word that inspired camaraderie. Around 1879, some writers (no doubt influenced by the pattern established by words like citizenry) began adding the -ry suffix to comrade to form comradery. 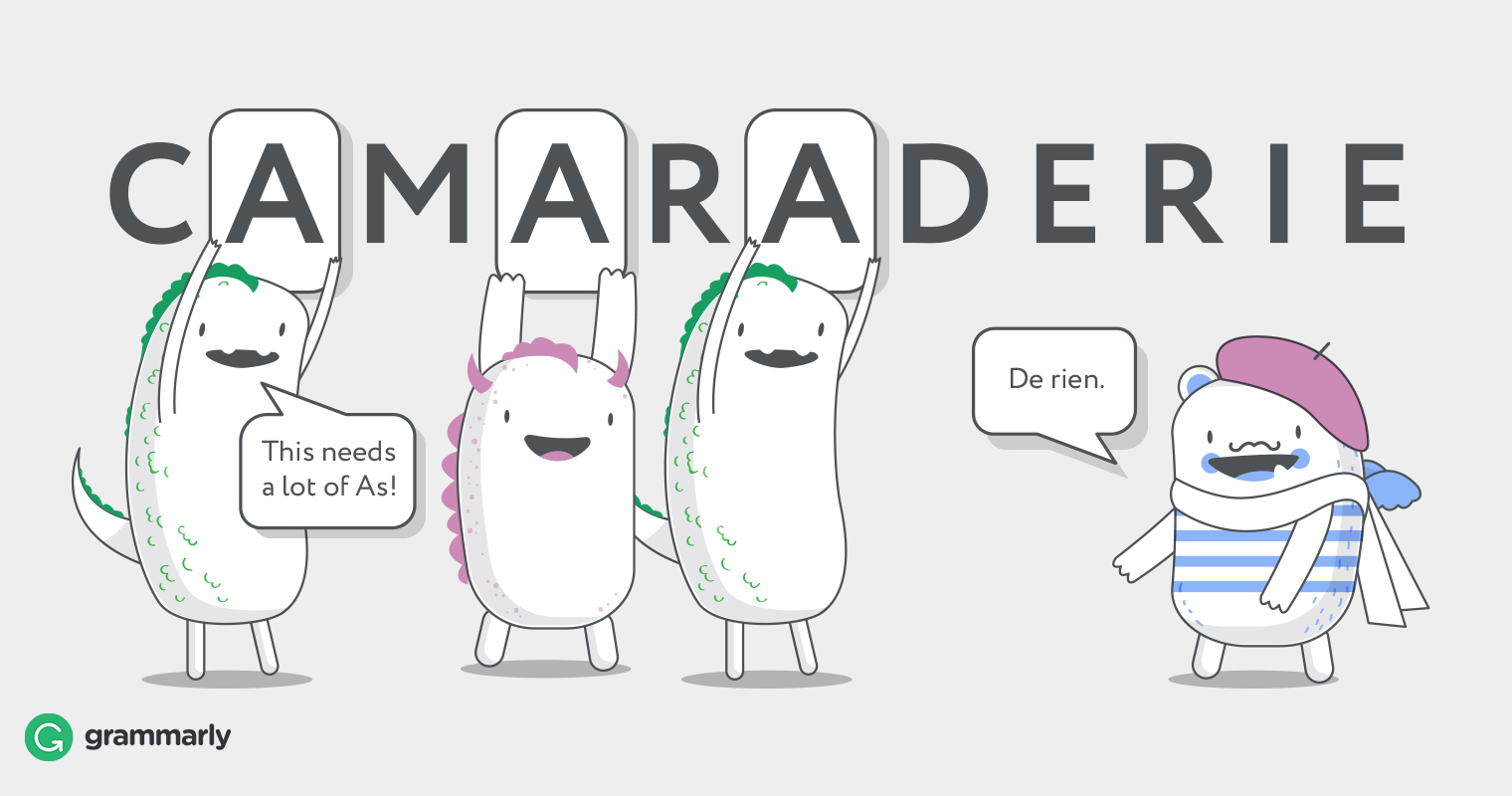 The next question is, which one is right? Camaraderie? Comradery? Is one way of writing the word more correct than the other spelling? Dictionaries list both spellings, so they are both correct. However, if you look at the frequency of use for each word, you will find that camaraderie is more than forty times as common as comradery in print sources. Which form you choose depends on your preference, but you should take your audience into consideration. Which spelling will be the most familiar or understandable for them?

Be careful of misspellings. It’s easy to confuse the two forms if you are not careful. The most common wrong spellings on the web are mishmashes of the two correct spellings: 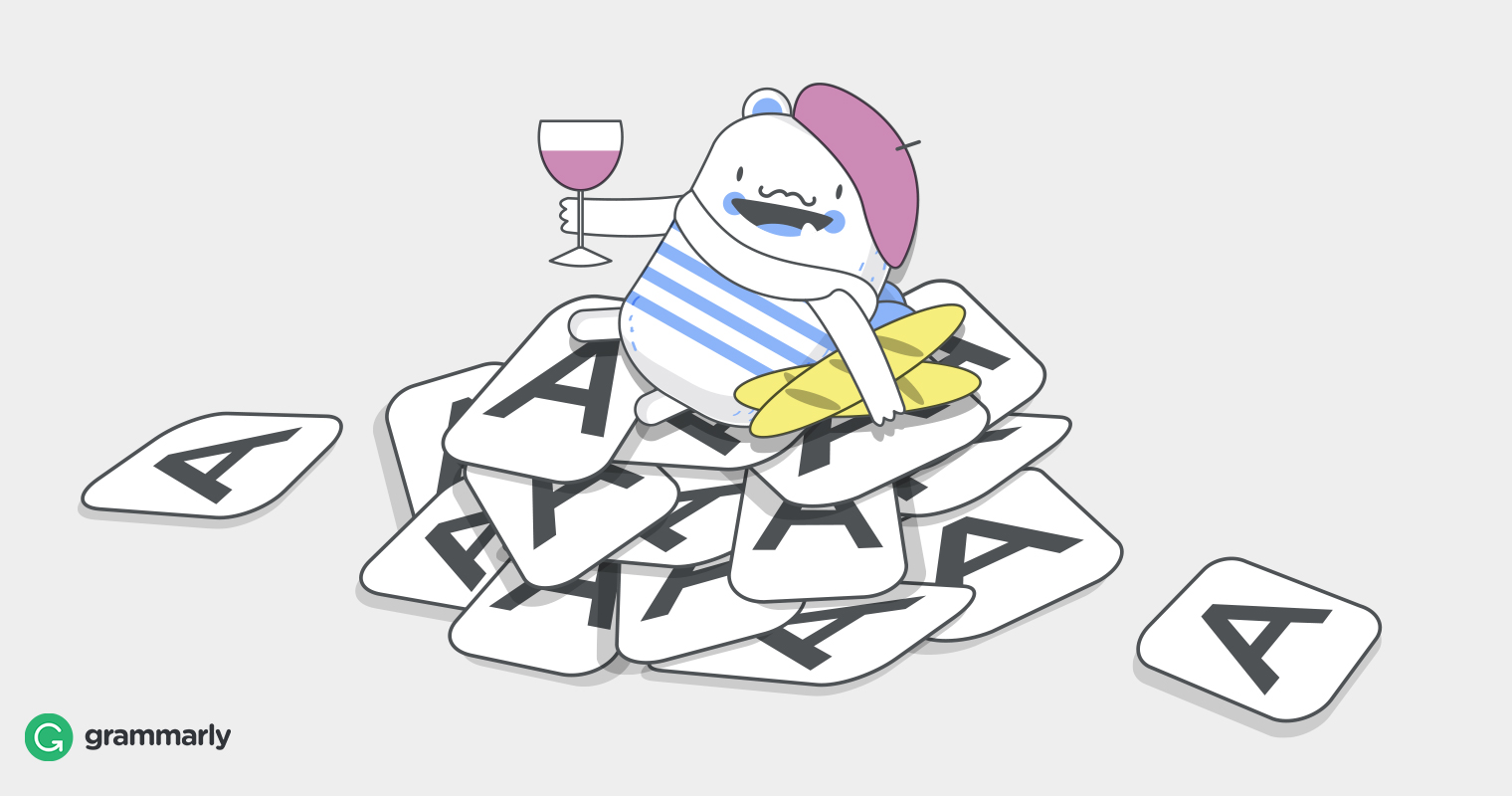 The Pronunciation of Comradery

Camaraderie sounds like kahm-rah-duh-ree. Some speakers pronounce comradery as kom-rad-ree. Therefore, though camaraderie and comradery are interchangeable in meaning, transcriptionists must write the version used by the speaker. They must listen carefully to the vowels and number of syllables to distinguish comradery from camaraderie.

There’s no difference in the meaning of camaraderie and comradery. Comradery is a spirit of friendship and community between two people or a group of people. The members of the group are comfortable around each other, and they support each other. This word is often applied to sports teams or to groups of soldiers. Let’s learn from some quotes about team comradery.

The girls are all talking and laughing, trying to get pumped up and for just one small sliver of a moment, I stop. Taking it all in because this is something I’ve really missed over the last year. The comradery of a team. The sisterhood of hockey players. Girls who have your back. —Jennifer Sucevic, Stay

It’s comradery, it’s team building, it’s fun to come out here and just push yourself to the limit. The proceeds stay local and people know it and and people come out and push themselves. —WIVB.com

I loved the world of roller derby because I thought it was such an empowering metaphor, that you get out there and do it. It’s such a rocker, athletic, capable, cool exhibitionist sport; it’s about this great sort of camaraderie. — Drew Barrymore

Other Instances of Comradery

The silence that falls between them is a comfortable one. He longs to reach over and touch her, but he resists, fearful of destroying the delicate camaraderie they are building. He steals glances instead, watching the way the light falls over her skin. —Erin Morgenstern, The Night Circus

This good fellowship—camaraderie—usually occurring through the similarity of pursuits is unfortunately seldom super-added to love between the sexes, because men and women associate, not in their labors but in their pleasures merely. —Thomas Hardy, Far from the Madding Crowd

Political Definition and Usage of Comradery

As you learned earlier, comradery derives from comrade. A comrade is a fellow member of a group, an associate, or a person who does the same activities that you do. However, around the nineteenth century, members of the Communist party began to refer to each other as comrades. According to an article in the South China Morning Post, “consolidation among party members and . . . the idea of equality” were the characteristics of the term that attracted the attention of the Communist Party. Today, comrade may carry a political connotation—in particular, it may imply that someone has extremely leftist views on issues. However, the same connotation doesn’t necessarily carry over to the use of comradery, unless the context suggests a political affiliation. Here are some quotes featuring comrade from popular media sources:

At the [White House Correspondents’ Dinner], Obama played on that comparison, calling Sanders his “comrade,” a term often associated with the communist Soviet Union. —Bustle

Air show pilots performed an aerial salute Saturday to their comrade who died after his World War II-era plane crashed in the Hudson River between New York and New Jersey a day earlier. —NBCNewYork.com

How to Use Comradery

Now that you’ve seen how writers use it, how can you use comradery in a sentence? Comradery is a noun, so it can be the subject or the object of the sentence.

Comradery is what kept the coworkers on good terms during a challenging work assignment.
Soldiers who have fought together against a common enemy form a comradery that is like no other feeling in the world.

What about making the noun plural? Comradery and camaraderie are noncount nouns, so you can’t make them plural by adding an S. They don’t have plural forms.

After ten years of marriage, there was great comradery between the husband and wife.
A little bit of camaraderie goes a long way.

What words are like comradery? Studying them can help you get a deeper understanding of what it really means. Notice how these near synonyms relate to comradery:

On the other side of the coin, antonyms show you what comradery is not. The list includes some pretty gloomy words that should help you appreciate the positivity of comradery. Here are the top four opposites.

Another term you hear associated with teams, groups, and the military is morale. What is the relationship between comradery and morale? Morale is the general emotion or mental state of the members of a group. Low morale would indicate that the individuals in the group have low spirits. They might feel discouraged, depressed, or sad. High morale means that individuals are feeling well and happy. If comradery is absent, morale is likely to be low. Travis Valentine, a blogger, explains: “Low morale isn’t ideal, but the negative effects it has can be overcome with good camaraderie because good camaraderie can’t be beat.” Do you see the relation?

For a sports team, a sense of comradery and morale is highest while celebrating a win. However, a defeat can also draw a team closer together. Because soldiers spend a lot of time in each other’s company and go through intense experiences together, they often develop lifelong friendships characterized by goodwill and friendliness. Any group that spends a lot of time pursuing a common goal can cultivate the quality of comradery.

Comradery is an alternate spelling of camaraderie that carries the same meaning of friendly intimacy among members of a group. To use the term properly, you will have to remember that it’s a non-count noun. Learning so much about comradery places you among a select few who know its origins. So if you see comradery properly used in writing, you may feel an instant bond with the author!