When to Use a Colon, With Examples 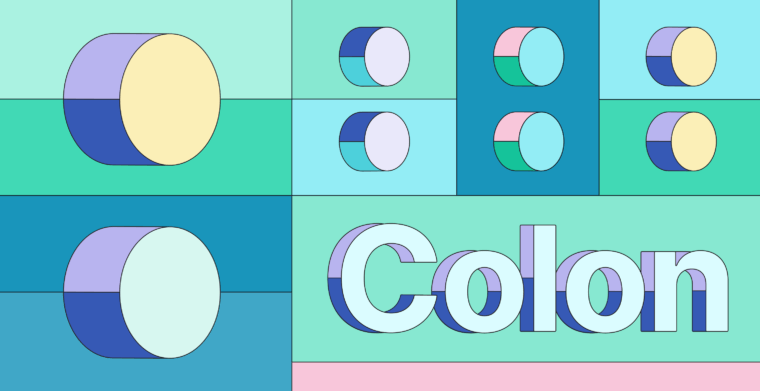 A colon introduces an element or series of elements that illustrates or amplifies the information that precedes the colon.

Though using a colon may seem confusing, its function is straightforward. Think of it as a flashing arrow that points to the information following it. When a colon appears in a sentence, it usually gives the silent impression of “as follows,” “which is/are,” or “thus.”

Still confused? Read on to learn everything you need to know about the grammatical colon: what it is, when you should use one, when not to use one, and the difference between a colon and a semicolon.

What is a colon?

A colon is a punctuation mark that’s used to connect sentences, put emphasis on a word or phrase, or introduce a quote or explanation.

The rules for using a colon can change depending on how you use it, and we’ll explain how in a moment, but the two things it connects (be that a list or sentences) must be closely related. That is, whatever follows a colon should be connected to what came before it.

When to use colons

While you can also use a semicolon or a period between two independent-yet-related clauses, the colon is a little softer than the period, but a little harder than the semicolon.

Here’s an example of how to use a colon.

There are three types of muscle in the body: cardiac, smooth, and skeletal.

The colon in this sentence signals that you are about to learn the names of the three types of muscles the sentence already mentioned. We might silently read the sentence this way.

There are three types of muscle in the body (and they are): cardiac, smooth, and skeletal.

Colons are often used with lists, as in the example above. They can also be used to signal further clarification.

We have two options here: stay and fight, or run like the wind.

One might silently read the above sentence in this way:

We have two options here (and they are as follows): stay and fight, or run like the wind.

When should you use a colon?

There are many times when a colon might be used in your writing: Here are a few.

Colons are most often used to introduce lists.

Colons can be used before a noun or a noun phrase.

The movie had everything I wanted: action and suspense.

Colons can introduce a quotation.

He ended with the immortal words of Neil Young: “Rock and Roll can never die.”

A writer may use colons to illustrate their point by providing certain examples.

There is one big reason we don’t talk about Bruno: His premonitions frightened the family.

Colons are used to separate units of time and ratios.

A colon can be used to separate a movie, book, or another piece of work’s title from its subtitle.

When not to use a colon

To illustrate, here is one of our sentences from above rewritten incorrectly.

The three types of muscle in the body are: cardiac, smooth, and skeletal.

Putting the colon here separates the verb “are” from its subject complements (“cardiac,” “smooth,” and “skeletal”).

When I graduate, I want to go to: Rome, Israel, and Egypt.

When I graduate, I want to go to Rome, Israel, and Egypt.

Lastly, colons should not be used after “including,” “especially,” or other similar phrases. As we explained earlier, a colon essentially replaces these words, so using them before one would be redundant.

Think of the semicolon as the colon’s cousin; they serve a similar purpose but accomplish it in different ways.

For example, a semicolon can also be used to connect two independent clauses, but it acts as a conjunction rather than “as follows” or “including.”

I think I’ll go to the mall today; I need new pants and a pair of shoes.

The semicolon here takes the place of a conjunction because the second part expands on the first part.

Should you capitalize the word after a colon?

In British English, the word following a colon is not capitalized unless it is a proper noun or an acronym.

In American English, styles differ, but it is best to capitalize the first word after a colon if what follows forms a complete sentence.

There were warning signs that he might not finish the marathon: He barely trained in the days leading up to the race, and he wore the wrong shoes that day.

You should also capitalize the first word after a colon if it’s part of a proper noun.

There was only one team she wanted to play for: Seattle Storm.

No matter what stylebook you’re following, you should never capitalize the word after a colon if it begins a list.

Here are five sentences that use colons in different ways.

What is a colon?

A colon is a punctuation mark that introduces an element or series of elements that illustrates or amplifies the information that preceded the colon.

How does a colon work?

A colon works by signaling that what comes after it is connected to the preceding sentence. It might be a list, a noun or noun phrase, or a separate independent clause.

When should you use a colon?