Carmel vs. Caramel: Which Is Correct?

Generally, “caramel” is defined as a chewy, light-brown candy made from butter, sugar, and milk or cream. For example: I love eating caramels because they are soft and chewy. In contrast, “Carmel,” is used as a proper noun, and it is a popular beach town in California, known as Carmel-by-the-Sea.

Here’s a tip: Want to make sure your writing always looks great? Grammarly can save you from misspellings, grammatical and punctuation mistakes, and other writing issues on all your favorite websites.
Carmel and caramel are not different spellings of the same word. Caramel is the correct spelling if you’re talking about food or colors. Carmel is a misspelling when used in those contexts, but it is a word that can be used as a name for people or places.

For examples of the ways you can use caramel and Carmel correctly, read below. 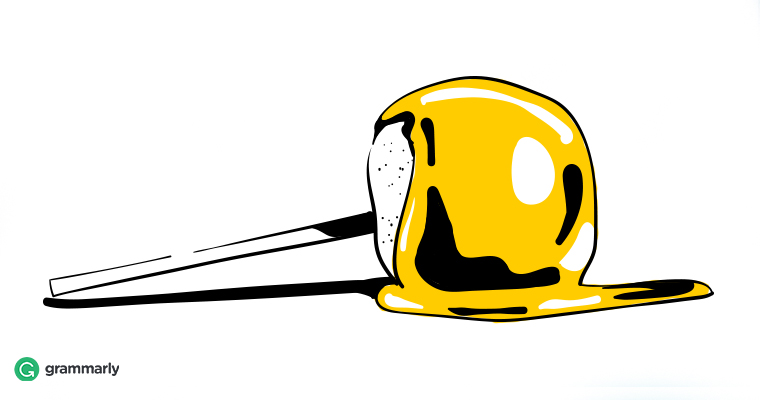 Caramel and How to Use It

Caramel is a noun, and it can have one of the several meanings:

1 The sweet substance made by heating sugar or syrup until it turns brown, usually used as flavoring or coloring for food:

They are not the first bakers to note the affinity of caramel and chocolate, but by emphasizing the bitter, sweet and salty notes in both, they’ve made that rare thing: a perfectly balanced bite.

2 A soft toffee made by melting butter and sugar:

Mr Willy Wonka can make marshmallows that taste of violets, and rich caramels that change colour every ten seconds as you suck them, and little feathery sweets that melt away deliciously the moment you put them between your lips.

3 The color of caramel, light brown:

The color brown was the theme of her outfit as she donned a caramel-colored leather purse and a brown scarf that she wrapped around her neck twice.

If you want to say that you’re cooking sugar until it melts and turns into caramel, the verb you could use for the process is caramelize:

But roasting not only helps maintain at least a bit of their texture; it also allows the juices to caramelize and condense.

You can also find caramelize spelled with an s and not a z, and that’s also correct—it’s just one of the ways British and American English are different:

Cooking the fish under the grill allows the miso paste to bubble and slightly caramelise, while the fish cooks evenly underneath.

Caramel has been in use in the English language for a while, but it’s not one of the words you could trace back to Old English. It entered the language during the eighteenth century from Spanish, via French. Today, it’s occasionally misspelled as carmel, likely because of the way it’s commonly pronounced.

Carmel and How to Use It

But even if carmel is a misspelling for the sweet stuff, it doesn’t mean it should never be used. On the contrary—Carmel is a popular name for cities and geographic formations:

Part of a proposed zoning ordinance in Carmel would require new buildings larger than 12,500 square feet to have at least two covered spots for bike parking and a shower for people who bike to work.

The Carmel is a lovely little river. It isn’t very long but in its course it has everything a river should have.

Carmel can also be a person’s name:

With a passion for English, Carmel Bavington’s retirement did not last long at all.