Capital vs. Capitol—What’s the Difference? 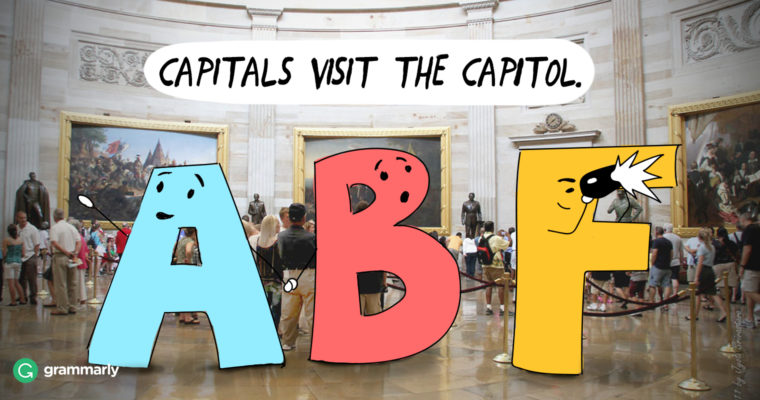 ​​Capital can be a noun or an adjective. Capital can refer to uppercase letters, accumulated wealth, or the city that serves as the seat of a country’s or state’s government.

With only one letter setting them apart from each other, capital and capitol are two easily confused words. The fact that both are often used when talking about politics or the government doesn’t help, either.

As an adjective, capital can describe uppercase letters, punishments that involve execution, something that relates to wealth, or something that is most serious, important, or influential:

The word “January” is always written with a capital J.
Mary was always against capital punishment.
We saw an increase in capital gains in the last quarter.
Peter’s capital offense was his unwillingness to say he’s sorry.
Some people think that
The Old Man and the Sea is not Hemingway’s capital work.

As a noun, capital can refer to an amount of accumulated wealth, an uppercase letter, or a city that serves as the seat of a country’s or state’s government:

Once you’ve accumulated enough capital, you can think about investing it in start-up businesses.
When you write in all capitals it will seem like you’re shouting.
Paris is the capital of France.
Here’s a tip: Want to make sure your
writing shines? Grammarly can check your spelling and save you from grammar and punctuation mistakes. It even proofreads your text, so your work is extra polished wherever you write.
Your writing, at its best
Grammarly helps you communicate confidently

But it frees up capital and adds 40 to 50 basis points to a key measure of Deutsche Bank’s financial health, its common equity Tier 1 capital ratio.
The Wall Street Journal
The thick smog that covers India’s capital of New Delhi has been identified as the worst the city has seen in 17 years.
The Weather Network
The letter, in which Mr Carney described himself as “Your Majesty’s humble and obedient servant”, was branded at the top with a red-inked “Seen by the Queen” stamp in capital letters to show the sovereign had read the correspondence.
The Daily Telegraph
Nicolli had a big job—handling a big tree that will adorn the U.S. Capitol’s West Lawn for the Christmas season.
KTVB
The capitol’s second floor houses a grand social hall where wakes of provincial government officials, grand balls, parties, concerts and meetings are held.
The Inquirer
Your writing, at its best.
Works on all your favorite websites